After two years of pandemic and forced closures , the live music show is back in full swing. While theaters, arenas and stadiums are once again crowded (from April 1st to 100% capacity), the lineup of summer festivals is also thickening for what promises to be the first real big season of musical events from the distant times before Covid .

And if some like to attend concerts alone, sinking into a sort of karmic (one-way) synergy with the singer they admire from under the stage or launching themselves to the discovery of new potential friendships or amorous encounters, others cannot on the contrary give up a partner. of “sgolate” and hops with which to share the musical experience from the beginning.

In its absence, or if your partner has diametrically opposed tastes to ours, Tinder will take care of it, which is ready to show off its new ace in the hole born from the partnership with Live Nation (together with the organizers of live events AEG Presents and Superstruct Entertainment) : The popular dating app will introduce Festival Mode in the Explore section launched last fall in the coming weeks , to allow users attending the same festival to meet before the date and participate in the event together .

By selecting the events you intend to attend, you can in fact make a match, starting a month earlier , with the other people who plan to go there. Among the festivals on the list, which are twenty in all, we find the Lollapalooza in Paris and Berlin, the Sziget in Budapest, the Sonar in Barcelona and many others. In the event that your festival should not be listed, Tinder has thought of a space called “Festival Lovers” with which to aggregate users who share a passion for this kind of artistic appointment. 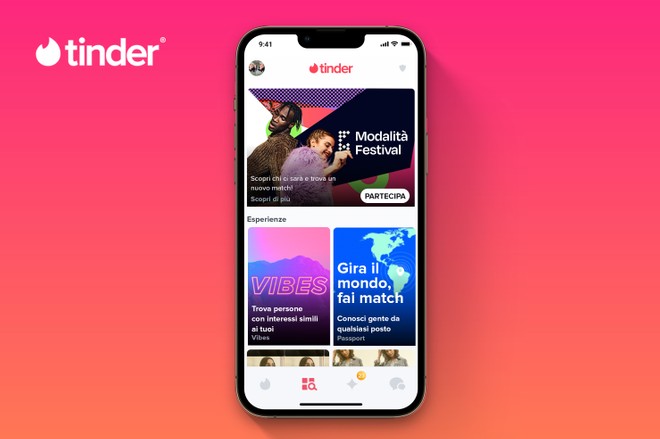 As already happened with Plus One , the function with which it is possible to find a companion with whom to go to ceremonies and similar events (or apply as such) launched last October, once again Tinder shapes its news on a careful numerical analysis : after finding that 31% of singles (1 in 3) plan to attend a music festival or concert this year, and that 64% of singles love meeting new people at live events, the company has thought of a new feature able to bring people with similar interests together and, why not, to share a pleasant musical experience after years of being away from the stages. The timing is flawless – the new feature will be released globally atstarting in the next few weeks , just a few weeks away between some of the main summer events. So, good music.

THE FESTIVALS THAT HAVE JOINED THE INITIATIVE