After confirming this Tuesday that, finally, Twitter buyout will take place On the part of Elon Musk, the richest man in the world wrote a message on his account on the social network where he would give a hint of his future plans with her.

“Buy Twitter is an accelerator to create X, the application of everything”, he wrote today and generated a series of theories about his next step.

One user replied to the tweet saying that he thought starting X from scratch would have been easier, to which Musk replied that “Twitter probably accelerates X from 3 to 5 yearsbut I could be wrong.” This only sowed more doubts about the future of the social network. 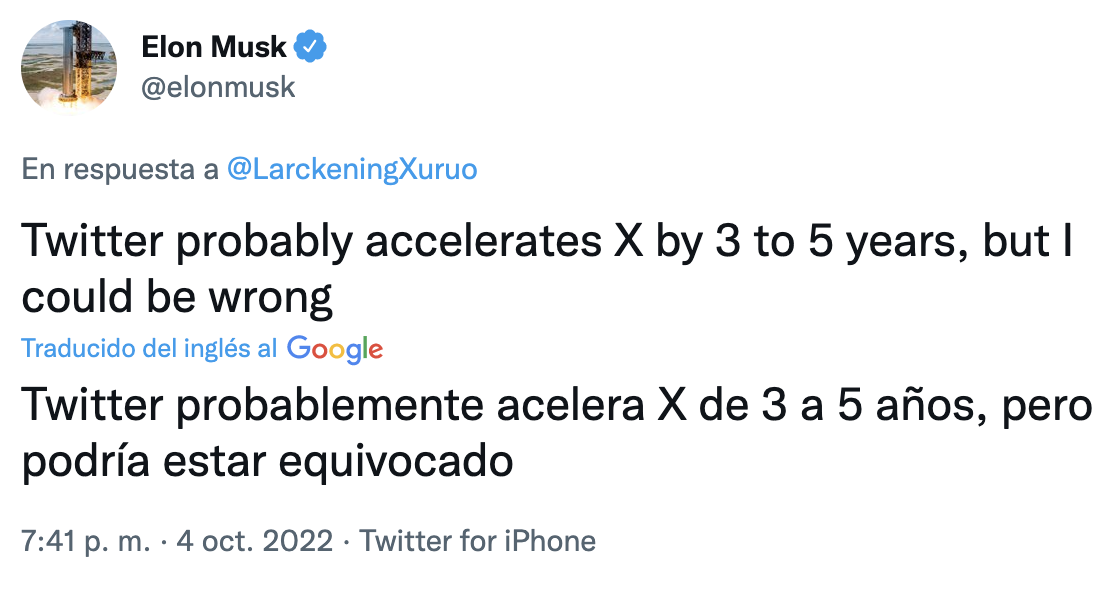 Musk is the domain owner X.com, which was born with the creation of the online bank that he co-founded in 1999. In the early 2000s, it merged with PayPal and years later, in 2017, Musk bought it back. However, when trying to access the site today the only thing that can be seen is a blank page with an “x”.

However, this would not be the first time that Musk has referred to the domain as a social network. Last August 9 another Twitter user had asked him if he had no plans to create his own platform of this style, to which he, very directly, replied “x.com”.

It is believed that it will be a page with fewer restrictions on contentalong with a message encryption and, as he already remarked on Twitter, it would boost the authentication of accounts to avoid bot.

What is clear at this point is that the new owner of Twitter likes the letter “x”: it is present in his space company SpaceXin the name of his son X Æ A-12 and in the Tesla Model X SUV.

This Tuesday it was confirmed that, finally, the agreement between the richest man in the world and one of the most popular social networks will be closed. The transaction will be for $44 billion, as had been agreed at first. This represents a value of $54.20 per share.

The advances came from a letter sent by the CEO of Tesla to the company and to the US Securities Market Commission (SEQ its acronym in English) and occurs days before the start of a trial that, experts say, would have been unfavorable for him. 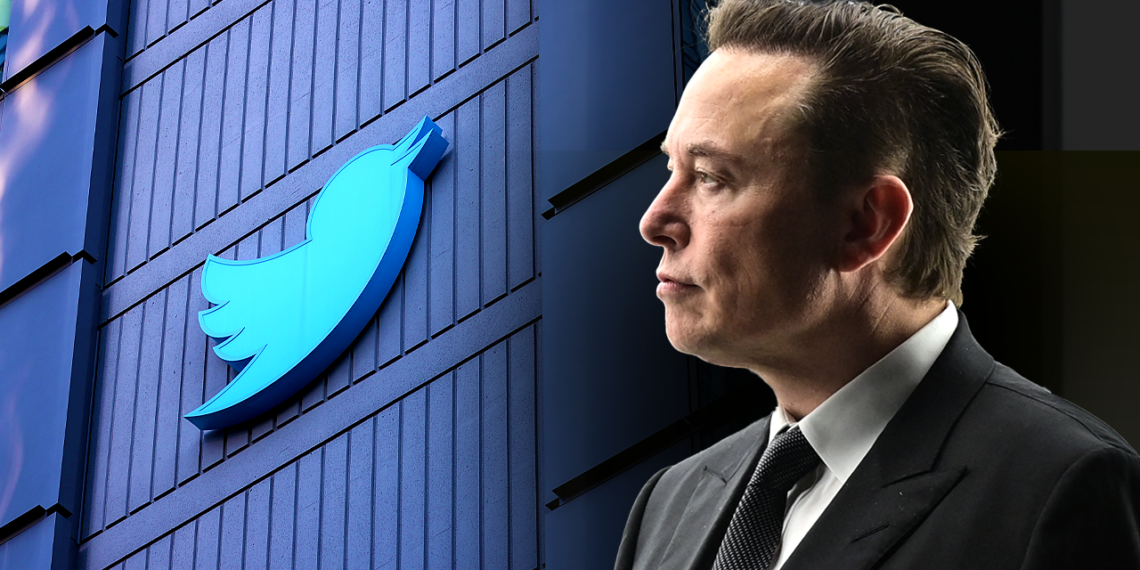 The transaction for the purchase of Twitter will be for 44,000 million dollars

Musk was due next October 17 before the Delaware authorities after the demand made by Twitter, with which it was sought that the tycoon proceed with the purchase. Both parties had agreed to acquire the company but, subsequently, the billionaire backtracked to the transaction, arguing that it had found a substantial breach of several provisions of the agreement, including the number of false accounts recorded by the company.

According to Eric Talley, a professor at Columbia University, explained that he did not find the recent change in the CEO’s position strange since “legally, his case was not very strong. It seemed like a typical scenario of a regretful buyer.” In addition, he added that if he lost the case, he would not only have seen to finalize the purchase but also to face the payment of interest that would have increased the price.

Although still the date on which the agreement will be consummated is unknown, It seems that Elon Musk already has all his armed plans and a clearly outlined future for the app.