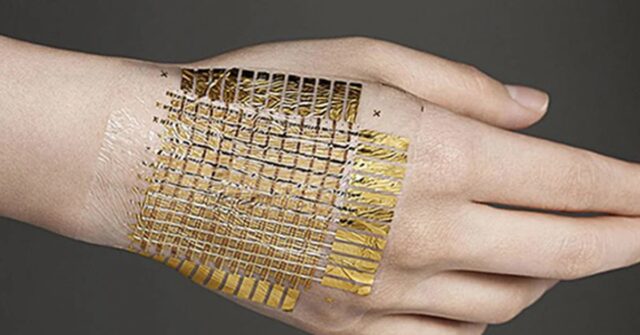 Technological advances have given scientists the ability to create the so-called electronic skinor “e-skin”, which can also become the wearables from the future. Now surely many readers will wonder what this term consists of and why the creators of this technology They believe that this prognosis will come true.

It is a flexible circuit technology based on the characteristics of human skin, and its goal is to obtain an artificial skin that replaces natural skin without losing its tactile ability. It is not an easy task to make the wearer feel comfortable, durable and at the same time responsive. researchers of the RMIT University in Melbourne, Australia, say they have made the most significant progress yet in this area.

“It was in the 1980s when we started to see some touch sensors that can be called a raw version of the skin,” he told the international outlet Scientific American. Ravinder Dahiyaprofessor of electronics and nanotechnology at RMIT University.

As you can read, this is not the first time something like this has been attempted. This university has spent years trying to improve in this area. Human skin is remarkably complex, full of sensitive points and connected to the nervous system so that the brain can communicate and receive external sensations. take this to artificial world It is not an easy task.

How these electronic skins work

According to the prototype they developed, it can electronically copy the way the skin reacts to the pain. The verb “react” is important because it is not about perception, it is about how it works. In other words, it is relatively easy to get sensors that detect the Pressure on a surface or its heat. However, mimicking reactions by detecting pain almost instantly, as the brain does, is difficult.

Pain is not something an artificial device can feel as such, although it can feel pressure or register temperature. And ultimately pain is a combination of these two factors. A high enough temperature would cause pain. Thus, for example, with a “puncture”, which exerts a very high pressure on a very small surface. 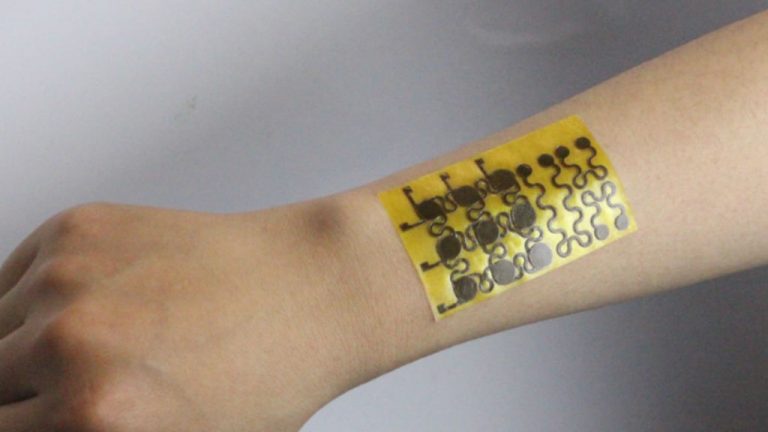 That’s why the researchers placed some sensors on plates very thin (as you can see in the photos of this article) that can measure the Pressure and the temperature.

In previous studies, it was possible to make reactive coatings flexible and stretchable at a temperature of just one micrometer from the material, or electronic memory elements to store information. With a combination of these techniques, they claim to have a working prototype.

Electronic memory cells work differently depending on the temperature and the recorded pressure. Therefore, it implements one or the other function as needed. Or in other words, this electronic skin is capable of knowing when a needle touches it and when that needle pricks at a level that can damage the surface.

It is believed that it is due to the use that it could be given in the field of Health. In this regard, engineers Mariam Turki, Xuan Li Y Lixnaxi Zheng added to the previously mentioned medium that “The e-skin mimics the sensing capabilities of the human, providing many potential applications in robotics, artificial intelligence, prosthetics, and health monitoring technologies.”