Games
One of the most anticipated games of 2022 is Dying Light 2, the sequel to the title that was released in 2015. It is an open-world saga of survival and adventure, where the protagonist must solve people’s problems in a post-apocalyptic world of zombies.On February 4, the game will be released on all consoles including Nintendo Switch. The developer company Techland has shared new content on social networks as part of the company’s 30th anniversary.

Dying Light 2 gameplay hit its Gold stage this week, which means it’s ready for copying and bulk selling. For this reason, a new episode of the Dying 2 Know program has been released via YouTube, where they share 15 minutes of the gameplay.

Free Fire Nairi character: Everything you need to know after OB31 update

As expected, we reach a roof where the adventure begins. Let’s remember that the main mechanics of the game is parkour, but now we can move in a city that has recovered electrical energy.

In addition to the grapple, a parachute has been added to the character’s mobility that he can deploy when thrown from a very tall building. The air conditioners on the roofs can be used to propel you with the parachute. 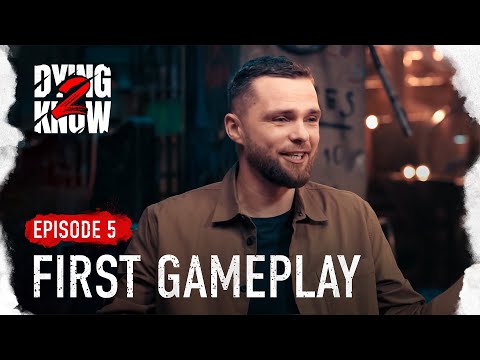 At the end of the broadcast, it was revealed that Tech Land is celebrating its 30th anniversary and is a donor! Starting today at GOG, you can get a copy of Crime City 2001 for $ 0.00, and next week Steam will download a free copy of Call of Duty: Gunslinger for inclusion in your library.