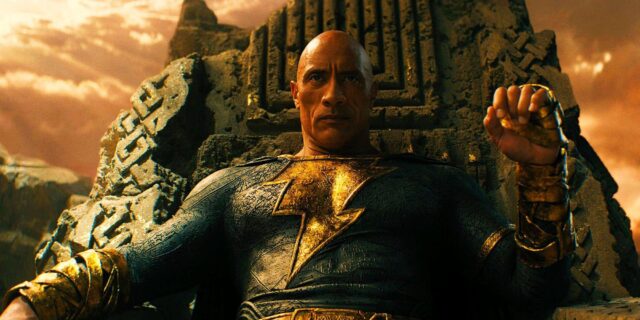 The DC universe is going through some big changes on the big screen now that the lead is in the hands of James Gunn. Now the actor Dwayne Johnson went public to confirm that he will not return as Adam Black in this new phase of the company🇧🇷

The revelation was made through the official profile of the actor on Twitter, this Tuesday (20), when he published a statement about the future of the character and details of the conversation he had with the company’s executives, alongside his producer, Seven bucks.

“James Gunn and I have spoken, and Black Adam will not be in the first chapter of their narrative. However, DC and Seven Bucks have agreed to continue exploring the best ways for Black Adam to be used in the future of DC’s multiverse,” he revealed. the star, suggesting that an eventual return to the role is not impossible.

According to Johnson, these changes represent the view “through the creative lens” of those responsible and indicated his support: “James and I have known each other for years and have always rooted for each other’s success. That has not changed now, and I will always root for DC (and Marvel) to win and win big.”

Finally, the actor also thanked the fans for their affection and was proud of the result of the film, despite the divisive reviews: “After 15 years of hard work to finally make Adam Black, I am very proud of the film that we delivered to the fans in everyone. I will always look back on the fans’ reactions to Black Adam with immense gratitude, humility and love. We were great.”

James Gunn himself responded to the post in another tweet, demonstrating his support for the actor: “I love The Rock and I’m always excited to see what he and Seven Bucks do. I can’t wait for us to collaborate again.”

Love @TheRock & I’m always excited to see what he & Seven Bucks do next. Can’t wait to collaborate soon. 🇧🇷 https://t.co/NLwRqBVkd1