Absolute audience success on Netflix, the series Dahmer: An American Cannibal can be understood as an unknown. After all, how could so many people have spent 10 long hours watching the re-enactment of the horrific atrocities committed by the serial killer Jeffrey Dahmer? How to explain that a series with so many unpalatable scenes has a large worldwide audience?

I think maybe we can face Dahmer as a limit on how far gender true crime can go. Let me explain: the Netflix series, which is produced by Ryan Murphy, proposes to remake the life of one of the most disgusting serial killers that we have ever known.

Jeffrey Dahmer was convicted of murdering 17 men, whom he murdered between 1978 and 1991. He was trying to seduce these individuals (which, according to his portrayal in the series, was a very complex mission for the clumsy and needy man that he was) and , after killing them, had sex with their bodies and quartered them. Some pieces of the corpses were kept in his house or eaten by Dahmer.

As is clear from this brief description, everything around his story is pretty awful. Which has led many critics to think about what Ryan Murphy’s (and Netflix’s own) real intentions would be to invest heavily to tell this story.

Have we finally reached a point where the last frontiers of morbid pleasure in true crime have been crossed?

Dahmer: the story of a troubled life

It is worth remembering here that Ryan Murphy, one of the most prolific members of the show businesshas an excellent series of true crime. I speak of American Crime Story, that sets out to reconstitute famous crimes that took place in the United States. In season one, it was about the murders and trial of football player OJ Simpson, accused of killing his ex-wife and a friend of hers. In the second, the series dealt with the murder of fashion designer Gianni Versace in Miami. in the third, American Crime Story focuses on the case around Monica Lewinsky, the intern who had an affair with former President Bill Clinton and faced a completely insane (and unfair) debauchery in her life, with obvious political overtones.

Occurs that American Crime Story, as you can see, it goes far beyond the “graphic” part of a crime. She wants to understand the context, the social consequences, how much a famous crime can speak to the environment in which it takes place. The fact that Ryan Murphy did not put Dahmer: An American Cannibal like a season of American Crime Story can tell us a lot about the intentions of the showrunner.

What we see, throughout the 10 episodes, is a clear effort to reconstruct the life of this subject. Son of a narcissistic and depressed mother (impressionist diagnoses that I put here just on top of what the series shows) and parents who were always fighting, Jeffrey Dahmer (competently played by Evan Peters, who participated in almost every season of American Horror Storyalso by Murphy) has always been somewhat sidelined by the family.

As the son was not very interested in anything, his father decided to encourage the only thing that motivated him at least: the dissection of animals. He then proceeds to teach him how to do this on dead animals that he collects on the road.

Dahmer then, from what the series suggests, grows up extremely neglected. When his parents separate, he is already a teenager. The father (Richard Jenkins, from Six Feet Under) leaves to live her own life and the mother leaves the house taking her brother with her, not before making an extremely hurt speech towards her eldest son. Young Jeffrey Dahmer is left alone and seems to give himself up for good to an absurdly lonely and lascivious life.

Transitioning between extreme passivity and aggressive impulses, it doesn’t take long for Jeffrey to start killing. Giving rise to that saying of “empty mind, devil’s laboratory”, Dahmer is discovering some facets in himself that seem strange even to himself, such as a sexual attraction to viscera. It’s all very disturbing – and displayed in the Netflix series in a very graphic way.

The discussion about racism 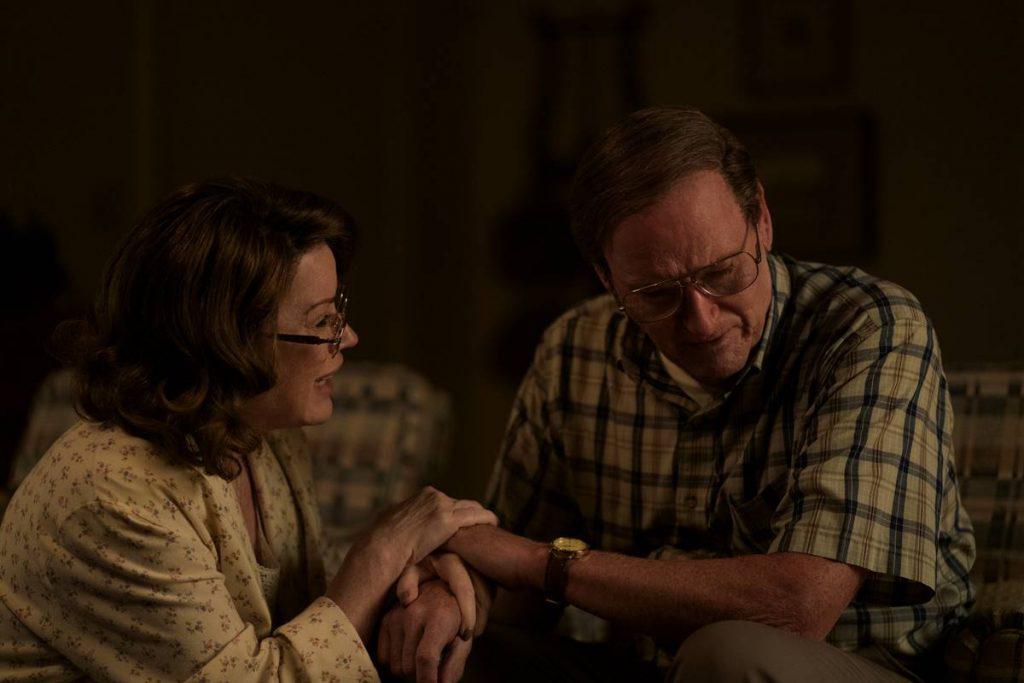 At least half of the episodes center around this morbid depiction of Jeffrey Dahmer’s crimes and life – something that, in my opinion, could take up a lot less screen time. I say this because the most interesting part of Dahmer: An American Cannibal it is between the lines, in things that are shown, even if not exactly said.

many scenes of Dahmer imply that several crimes occurred because the serial killer found institutional protection for being white and blond. I highlight two moments in which this is very clear: right in the first episode, which revolves around the capture of Jeffrey Dahmer, a neighbor (black and poor, judging by the neighborhood and her house), who shares the same crowd with him, tells the police that he had already called the authorities several times reporting strange things and a bad smell, but nothing happened. The series’ narrative even goes to the trouble of reproducing the call of the real woman he called the police, making it clear that this complaint existed and was neglected.

The other scene is when Dahmer, after killing a man, carries pieces of his body in garbage bags and leaves in his car, drunk, to dispatch the load. He is stopped by two police officers, who see the bags, ask what it is about, hear a lame excuse and send him back home so as not to “ruin his future”. There is here, designed for all to see, the very notion of white privilege.

It is scenes and moments like these that eventually bring Dahmer: An American Cannibal of the important work that Ryan Murphy does in American Crime Story. But is it enough? And does it make up for all the accusations of retraumatization of victims who lost their children at the hands of this killer, and who now see their story retold again, without having asked for it?

It is difficult to give an answer, but I tend to say that to some extentDahmer: An American Cannibal ends up serving to expose our own empty voyeurism that is made explicit in the fascination with crime stories.

The Galaxy S23 ran a round with Snapdragon 8 Gen 2