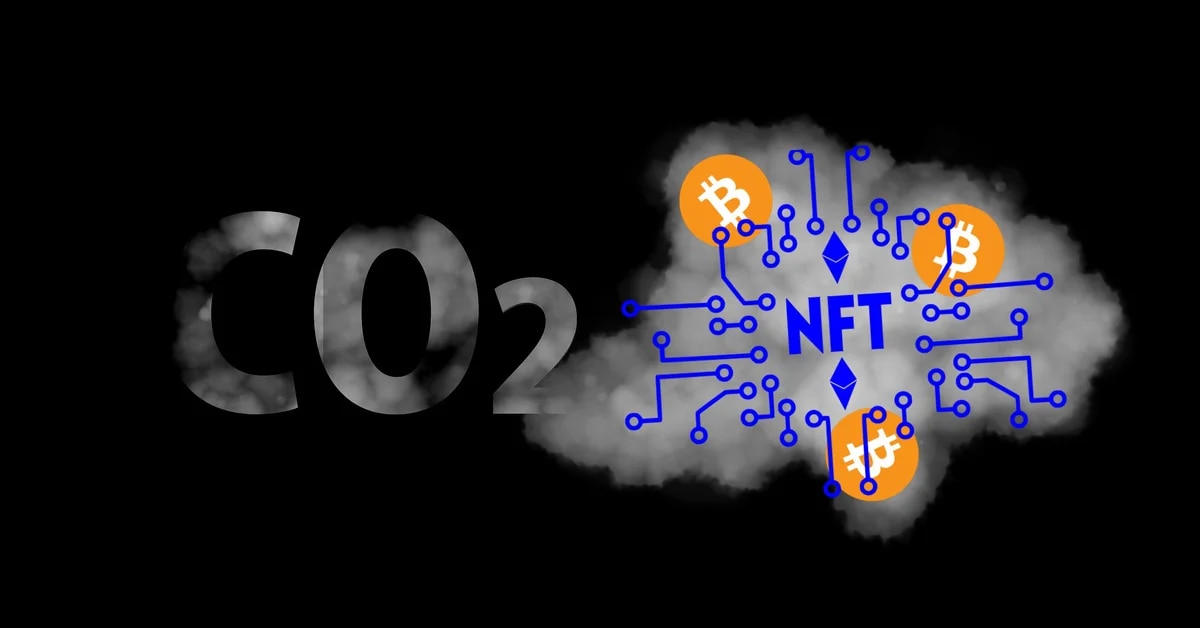 In recent years the fashion of cryptocurrencies such as Bitcoin, Ethereum, Dogecoin, among others, have been increasing. At the same time, NFT (Non-Fungible Tokens) have gained some fame, however, to create each of them use high amounts of energy that generate the same levels of pollution as countries like Switzerland or Argentina.

Being a new technological trend no clear regulations on the subject, and those that exist are focused on the financial system and its transactions, not on the CO2 they generate through their energy consumption.

Why do they cause so much pollution?

To understand this, it is necessary to know everything about how cryptocurrencies or NFT’s are generated, an example is enough: If a person leaves the electronic devices in his house turned on every day, such as the computer, the television, the blender and more, the receipt to pay at the end of the month will be highly expensive because it used a lot of energy.

The same happens with cryptocurrencies and NTF’s, because for each of them it is necessary to put to work computer farms (24 hours a day) that pollute the same as a countrywhich can cause a strong impact on the environment.

According to a report from the University of Cambridge made by the researchers of the Bitcoin Electricity Consumption Index (CBECI), if bitcoin were a country, it would be among the 30 countries that use the most energy in the worldabove Argentina and Switzerland.

Why do they require so much energy?

In the case of cryptocurrencies, it is necessary to solve a mathematical problem: This is known as mining, since for each solved equation profits are delivered. To find that result the miners need to use multiple computers with powerful GPUs they have working hard.

If we add to that that there are thousands of miners – not only using a computer but entire farms – all over the world trying to solve the equation first to keep the benefit, the consumption of energy and resources is worrying.

John Paul Pineda, Chief Operating Officer of Urban Messengers, explained for TechMarkup that this can be understood as a lottery game. “In order for me to participate in that lottery (as a miner) I have to show work, that I spend energy and resources. If I don’t prove that, anyone can pretend to be a lot of different miners, and they can take over the network. So to prevent someone from taking over the entire network everyone has to show that they spent energy and resources”.

Something similar happens with the NFT that to guarantee its authenticity require a certificate that depends on block chains or blockchain in the Ethereum network, that is, to carry out a process, although simpler, similar to that of cryptocurrencies.

“What blockchain does in itself is not to generate cryptocurrencies, it is to generate a decentralized certificate from which you are a creditor of that portion of information. The certificate is generated by each of the nodes of the blockchain network […] A node is basically one of the computers located in each part of the world that serve as a blockchain server”, said the programmer Víctor Fabían for TechMarkup México.

Despite the fact that NFTs are similar to cryptocurrencies, it is not known with certainty what carbon footprint they are leaving in their wake, firstly due to the lack of regulations, and secondly, because they are decentralized entities and there are no authorities to verify their transactions.

For now, the clearest point of reference is that of the University of Cambridge, which only focuses on Bitcoin, and ensures that its miners use more energy in a country, which puts into perspective how much energy cryptocurrencies and NFTs accumulate with their blockchainswhich are not monitored and gradually increase along with their popularity.

What could be the solution

Pablo Pineda pointed out two possible options: that crypto miners use renewable energy or that generate less CO2. Or that traditional mining (proof of work) change to a newer one called Proof-of-Stake (PoS).

In the first case, coal or gas plants would not be viable for mining, so those responsible would have to move their nodes to countries where solar, wind, nuclear or geothermal energy is used. However, the same specialist acknowledged that “It is not easy because the miner is going to locate where it is cheaper”, and for now renewable energies are more expensive.

The other option is instead of “benefiting” the computer farms that solve mathematical equations faster (Prof of Work), the new methodology reward those who have the most cryptocurrencies (POS).

“The problem is solved by returning to the issue of lotteries and tickets. If I buy a lottery ticket then I have a super low chance of winning, but if I buy 10 tickets I will have more chances; but equally no one will be able to buy 100% of the tickets because it is going to be such a large amount of money that nobody is capable of having it. So it solves the initial problem that no one can take over the system,” Pineda explained.

So it doesn’t require miners to prove that they spent resources to solve the problem, but instead relies on who has more to give him the opportunity to continue accumulating cryptocurrencies.

It is to be remembered that also in decentralized transactions they spend a lot of energywhile financial entities such as MasterCard, by comparison, do not and are just as reliable.

“MasterCard does not have the problem of agreeing with 1,000 decentralized entities, it is the one that makes its decision to be valid or not, so no energy is spent accepting a transaction. You don’t have to agree with 1,000 people. If you compare a MasterCard transaction against a Bitcoin transaction, the amount of energy you are spending is monumentallike 1% versus 99% for a single transaction,” he said.

While opting for a less polluting option, which as a last resort is to make them disappear, The excitement of being part of the trend and being fashionable is blinding the problem of pollution and the urgent regulations that countries must apply to control it.