A few weeks ago, OPPO had its developer conference in China to share information about its upcoming interface, ColorOS 13 based on the Android 13 operating system.

She discussed plans for rolling out Android 13 on its phones, which include the OnePlus brand, which also features the ColorOS interface in the Chinese market. Recently, a famous insider shared screenshots and details about the beta program.

Insider Digital Chat Station made two threads on the Chinese blog network Weibo with images of ColorOS 13 and another with details about the beta program. The first one was removed, but the leaked photos were saved by the ITHome.

In the images, it is possible to notice improvements in folders and widgets, with users gaining new handling options on the home screen. 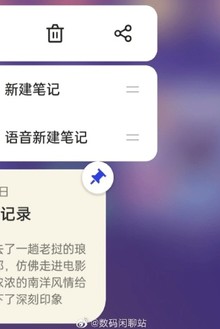 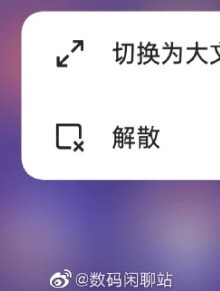 Reproduction: ITHome.
Read moreiOS 15 Beta 5: These are the new features in Beta 5

OPPO introduced widgets in ColorOS 12, allowing them to be placed on the home screen or on the left tab, just like iOS. With ColorOS 13, the company will bring greater support for more widgets, according to the insider. Digital also cites that the system’s interface design will be similar to OnePlus’ now-defunct HydrogenOS.

About the development, the informant mentions that the internal tests are going better than the ColorOS 12 and that the process is a month ahead of the last generation. The external test should start in July based on Android 13 Beta 3 and will receive a public test in August, the same month as the official launch.

What would you like to see in ColorOS 13? Tell us in the comments!

Gillian Anderson would join the X-Men universe. (REUTERS/Mario Anzuoni) the universe of Marvel seems to be infinite. Every time there are new stories and...

Instagram will not show who visited your profile, confirms Meta spokesperson

A joke released this week by youtuber and streamer Goularte caused a huge uproar on the internet for claiming that Instagram, a social network...

Last Friday (1st), on its official forum, realme released the wide distribution of the stable update that brings Android 12 under realme UI 3.0...

Nothing Ear 2? TWS headphones have new version leaked before launch

Nothing has already confirmed that it will launch the Phone 1 on July 12, but leaker Mukul Sharma is indicating that we should see...

The new update of WhatsApp beta by Google Play Beta brought a function expected by many: the extension of the time of deletion of...