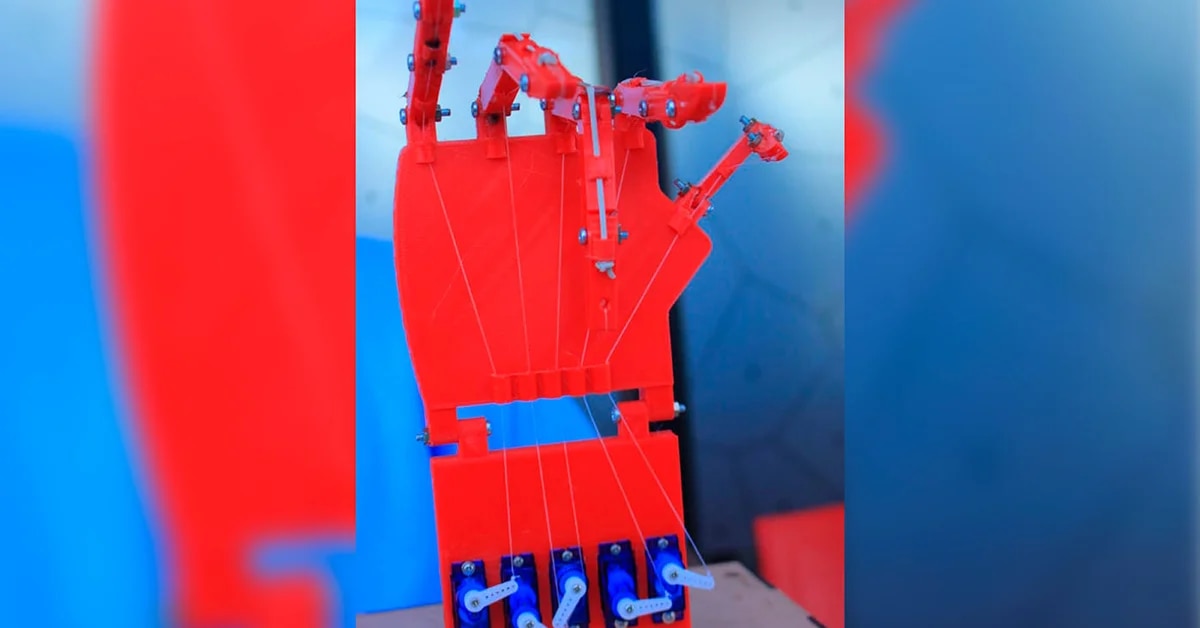 One problem with accessibility for people with deafness is often the lack of budget to hire language interpreters. sign language. This problem can be solved with a robotic arm developed by the National University of Colombia, which can translate conversations into sign language.

Andrés Felipe Torrijo, Gustavo Montero, and Diego Jaramillo. Y Eduard Diazthe creators of this innovative device mentioned that “if it bends or makes a flexion movement, it will be the same as the robotic hand will do.” In short, it is a flex sensor, which is an elastic band that imitates the movements of the fingers of the hand.

The device was developed in the course called Manufacturing Processes, so that it could make a contribution technological with its own design, at a low cost, and thus more affordable for people with low economic resources.

How is this robotic hand

The robotic hand prototype consists of a palm, rings and tendons like wires connected to a motor. the stuff is ABS (plastic) and is controlled by a device called an arduino which is a programmable controller. The model of the robotic arm was made by computer and printed on 3D.

The aforementioned student Torrijoaffirms that applied robotics has had a great advance in medicine and several medical departments have benefited from the use of more precise robots, which offer even more possibilities for the diagnosis and treatment of various diseases, as well as help, for example, replacement of patients and functions.

“With the robotic hand, the aim is to teach sign language to people who do not know it and improve it to those who already implement it. Likewise, it is sought that new students explore new models of robotic hands and that they improve their techniques”, added the student.

“The development of robotics has made it possible to create intelligent prostheses, artificial elements endowed with a certain degree of autonomy that allow partial or total replacement of functions of amputated limbs as a result of an accident or after some type of injury,” he mentioned for his part. the student Huntsman. 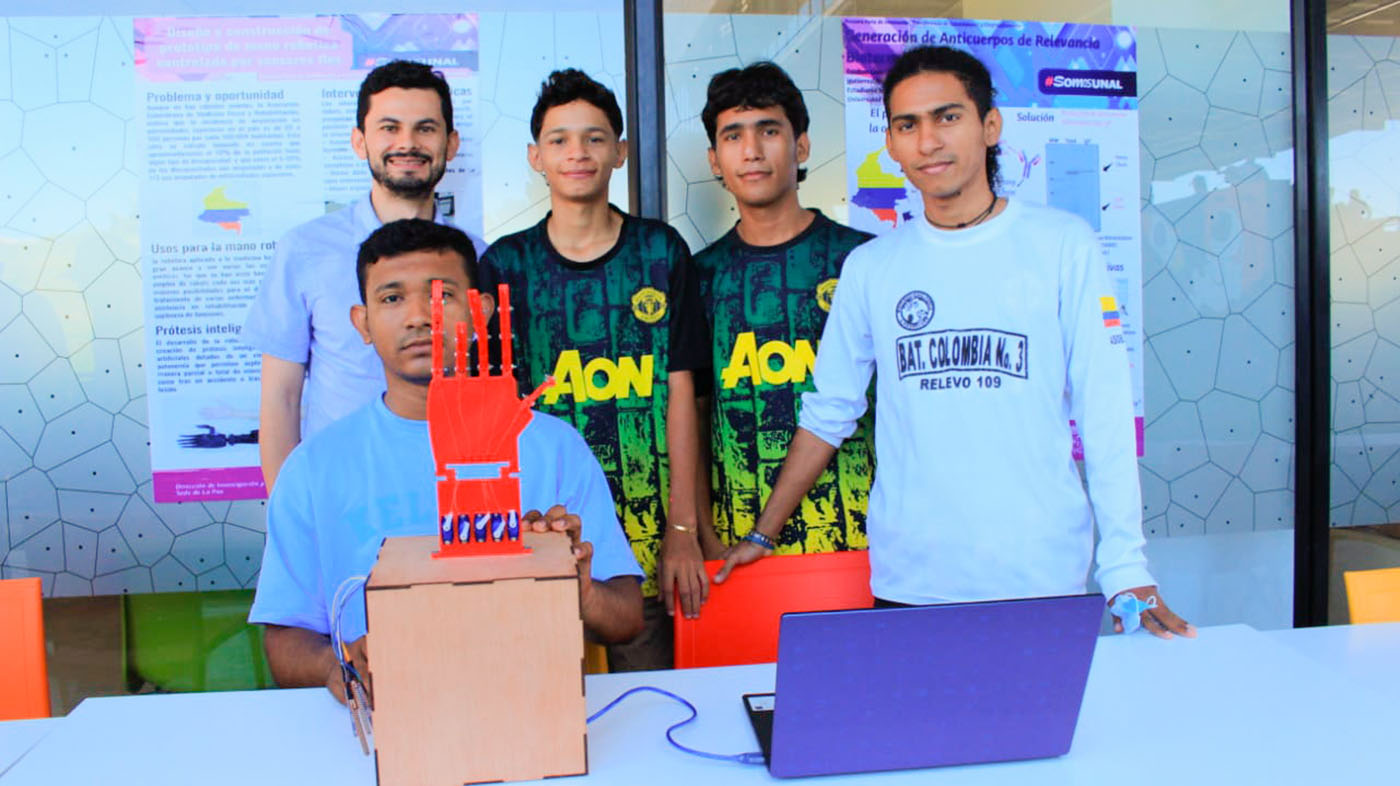 These are the functions performed by the robotic arm

For the design of the prototype, what the Colombian Association of Physical Medicine and Rehabilitation has stipulated was taken into account, according to which the prevalence of upper limb amputations in the country is 65 to 100 people per 100,000.

The figure estimates that approximately 10% of the population have some kind of disability and 5 or 10% of disabled people are amputeesand a third of them amputated upper limbs.

“This not only sought to strengthen the capacities of students to generate projects making use of different branches of mechatronic engineering, but they are given as projects that can be applied to the solution of different situations or problems in the region,” said the professor. Juan Jairo Vaca González. 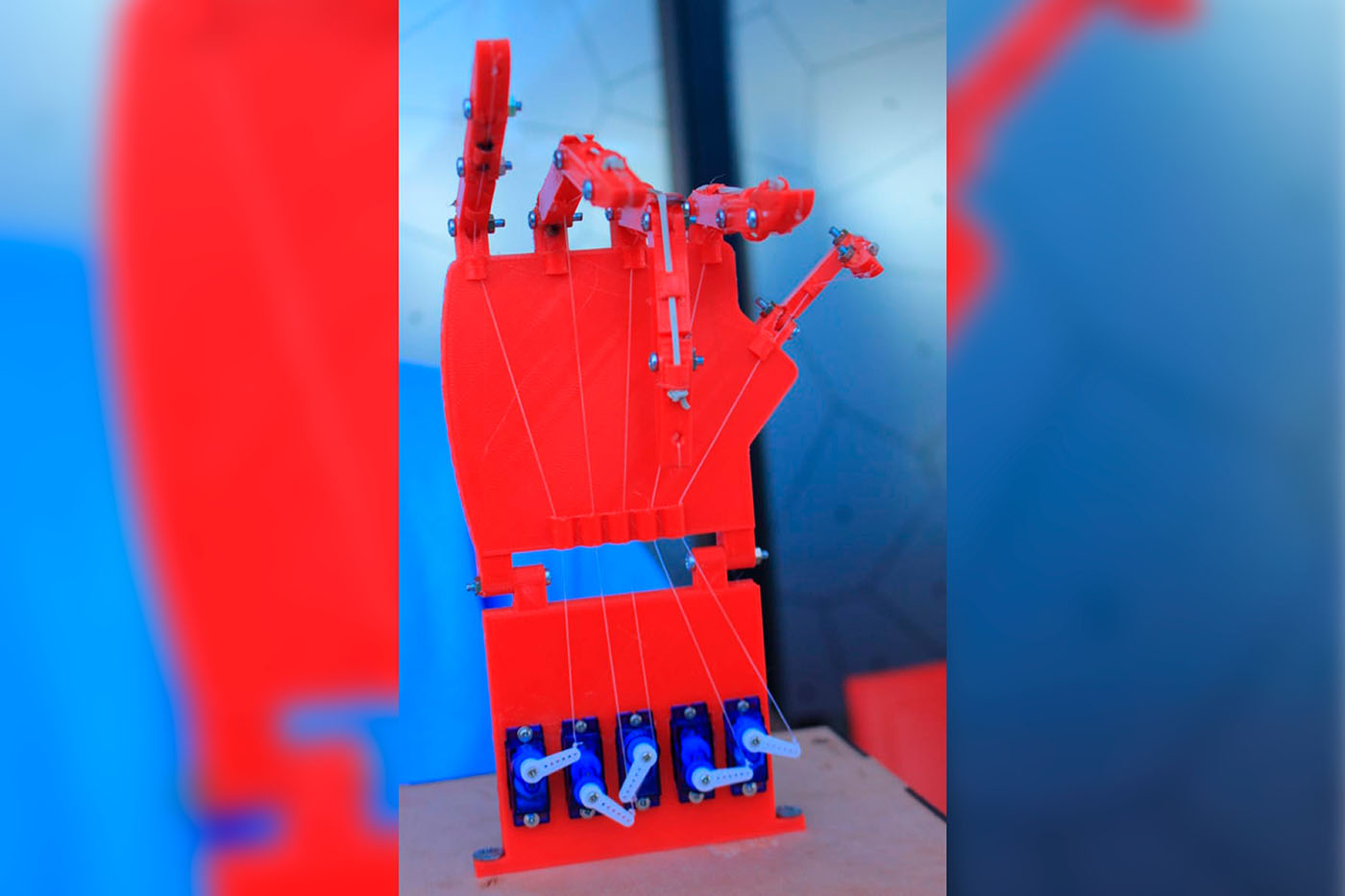 Other projects were carried out in the field of Mechatronicamong them a photocatalyst booth (to improve biomaterial production processes and processes), a production cell simulation (focused on the processes of various products), and an automated aquaponics system (for use in fish farming).

“The activity is important because in addition to making visible the academic innovation laboratory classroom model at our headquarters, it is also a space to promote and strengthen networks with local and national actors that allow us to publicize what we are working on under the mentorship of the teachers”, concluded Ibeth Cristina Romero Calderonprofessor and director of Research and Extension at UNAL based in La Paz