Things promised, things due, would we be tempted to say: Intel has indeed taken advantage of CES in Las Vegas to lift the veil on its 12th Gen Core H-series processors for mobiles.

Up to 5 GHz in boost frequency on the most efficient of the range, Intel has therefore decided to replay the megahertz card on the occasion of CES 2022, which largely takes place at a distance for the Americans. The rumors had a little fan the thing, but the founder, therefore, took advantage of the show to introduce the versions of Alder Lake intended for laptops.

The “king of the hill” is logically this Core i9-12900HK. Obviously based on the hybrid side of the Alder Lake architecture, this monster has 14 cores (6 Golden Cove or high-performance cores, and 8 Gracemont or efficient cores) and 20 threads. 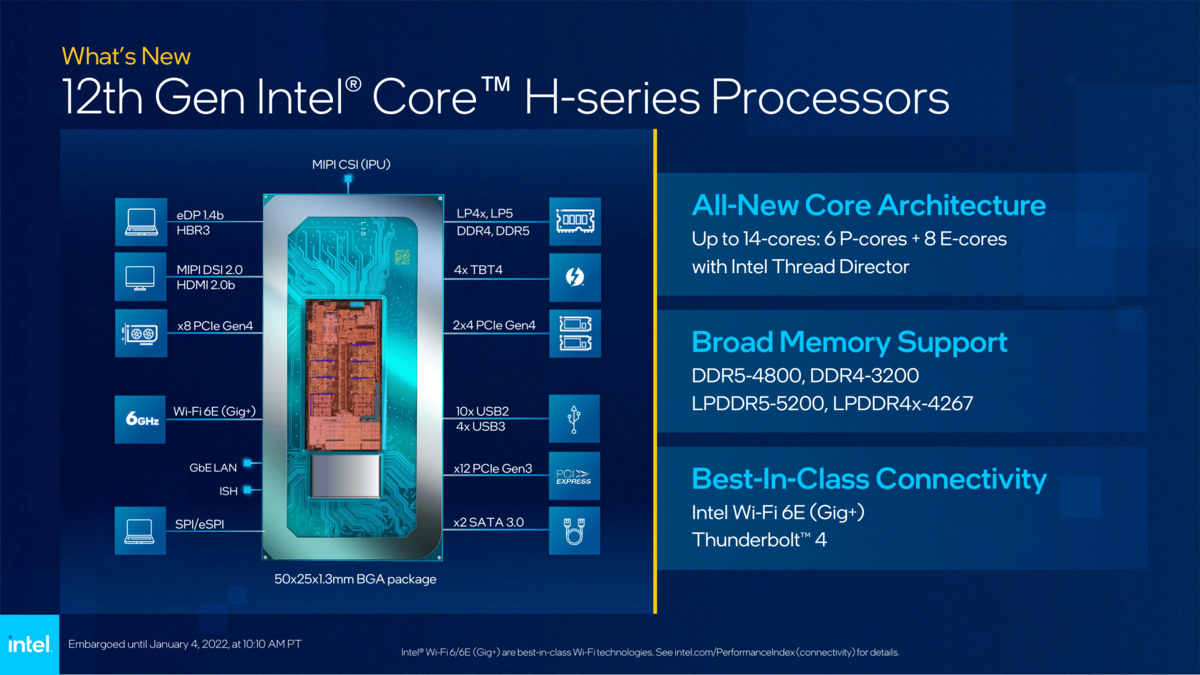 It has a third level cache of 24 MB and is based on a consumption known as ” basic “Of 45 W. More important for Intel, it is the first processor intended for portable machines to reach the threshold of 5 GHz, a frequency that Intel reserves however for the” max turbo frequency “.

The fastest of all?

Unfortunately, three times unfortunately, Intel did not see fit to present even a semblance of a price list. On the other hand, he underlined how much his new ” flagship Came to torpedo the previous generation. It is on average 28% faster than the Core i9-11980HK on video games and up to 43% faster for 3D rendering. 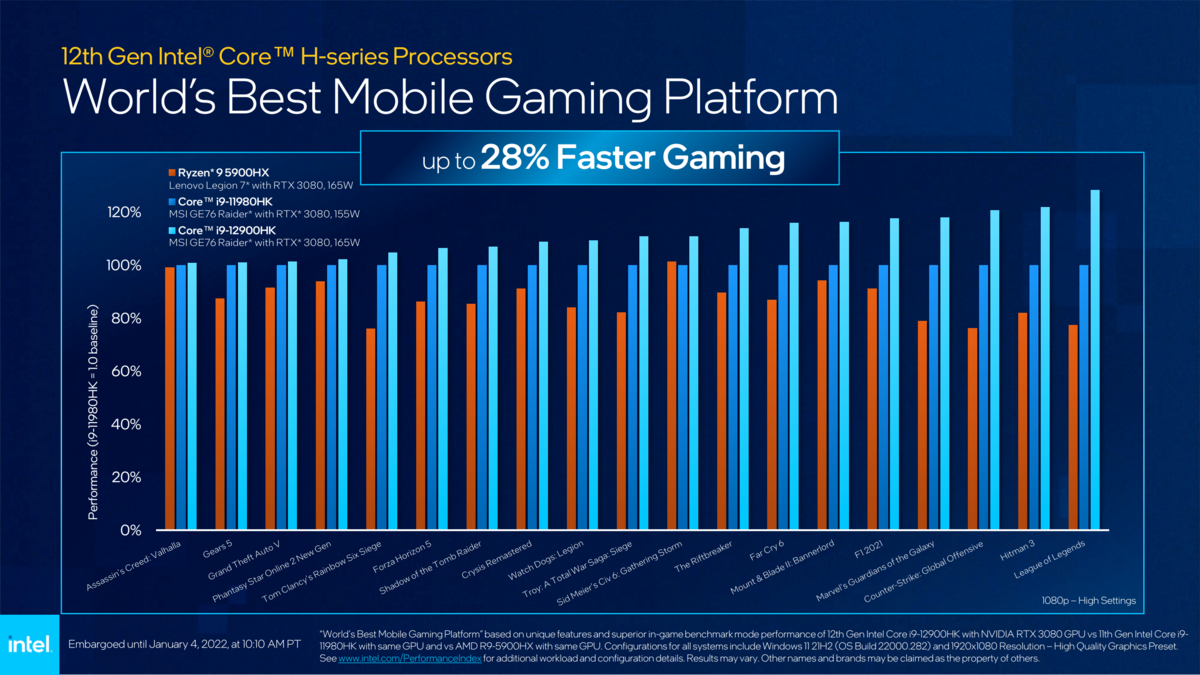 Of course, it will be necessary to verify this through the first tests of laptops using the new chip, but Intel took great pleasure in comparing its new baby to the Ryzen 9 5900HX. As we can imagine, the graphics presented at the conference were to Intel’s advantage. 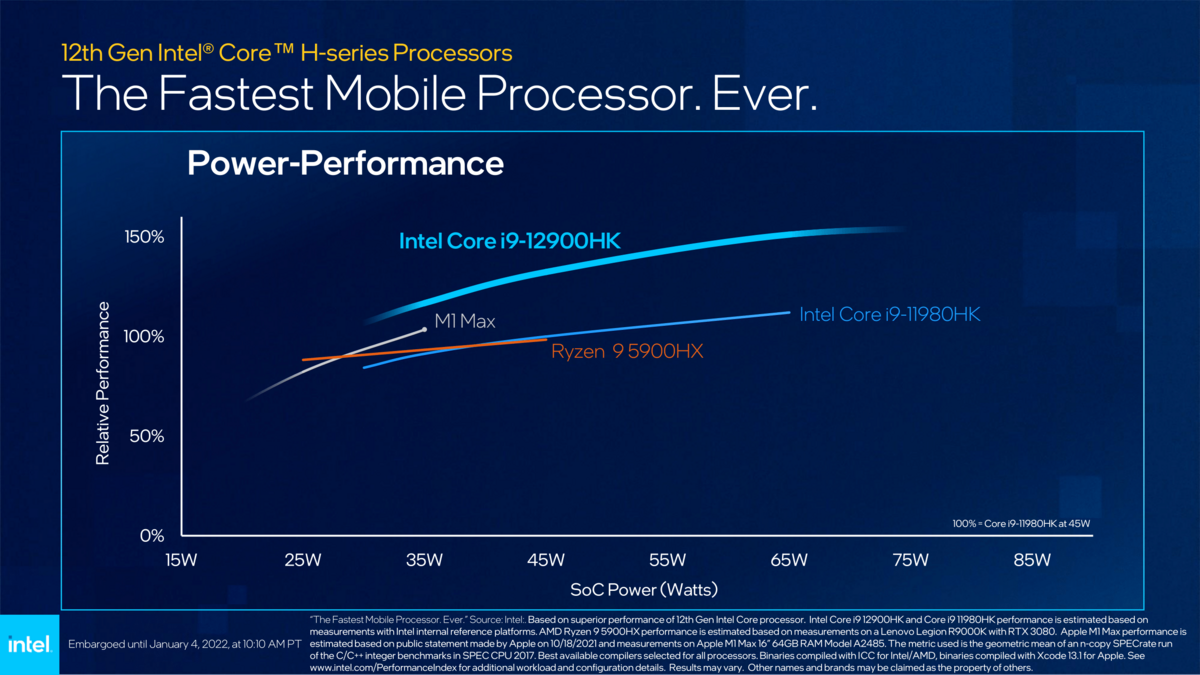 More interesting, although again to verify on parts, the Core i9-12900HK seems to be formidable in energy efficiency. A graph illustrating the evolution of performance according to the increase in power is, again, in favor of Intel … even if, on closer inspection, minimum consumption is not the founder’s strong point. .

A full range of 8 processors 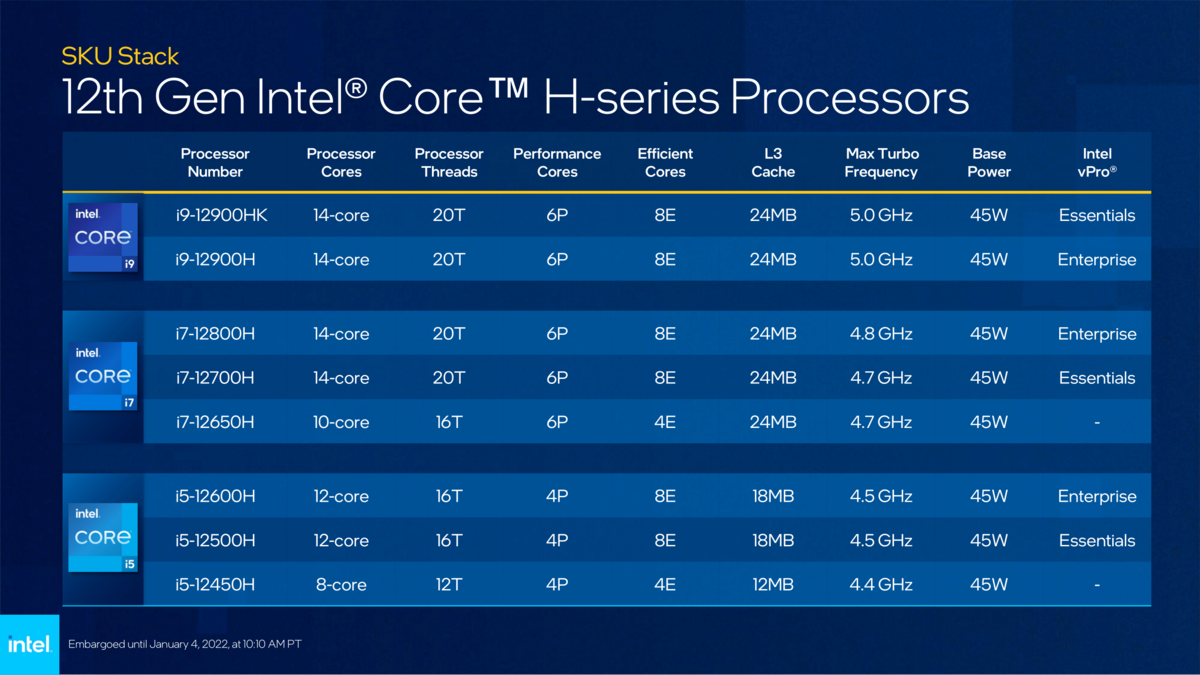 What do you think about Alder Lake 12th Gen Core H-series mobile processors? Let us know in the comments.