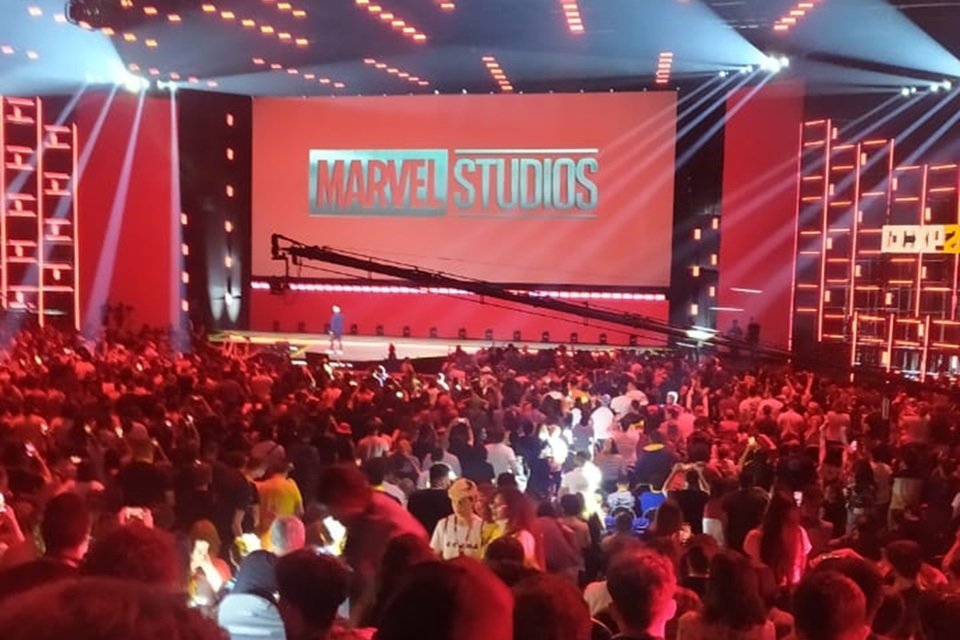 CCXP22 officially opened to the public this Thursday (01) with dozens of attractions for thousands of pop culture fans. And one of the main events today was the Disney panel, held on the Thunder Stage.

Despite being highly disputed, as people queued for more than 3 hours to enter the venue, the attraction did not disappoint. In addition to the diverse new content that Mickey Mouse’s house brought to the country, actors, producers and directors from several famous franchises were also here to interact with the public.

Indiana Jones 5, Elementos (new animation by Pixar), Avatar 2, Guardians of the Galaxy 3 and many other content made the approximately 3,000 people on the Thunder Stage happy. O My Series watched the panel and tells everything that happened. Check out!

The company responsible for franchises such as Toy Story, Monsters Inc., Finding Nemo, The Incredibles and Cars opened the Disney show. The public watched never-before-seen scenes from Elementos, a film that opens in June 2023.

To explain a little of the idea of ​​the feature film and talk about the experience of working in a company like Pixar, the organization of CCXP22 brought producer Denise Ream. Visibly moved by the reception from Brazilians, she talked about how working at Pixar is “a dream come true”.

Ream said that Elementos was inspired by the story of immigrant families who experience cultural differences firsthand when they arrive in another country. In the plot of the animation, Ember and Wade will be that, despite one being water and the other fire, the two have more similarities than you can imagine.

Any Pixar fans here? Denise Ream, producer of # Elementsfurther raised expectations for the film by talking about Ember and Wade’s story here at @CCXPoficial🇧🇷 ??🇧🇷????#DisneyNaCCXP pic.twitter.com/vmaG1lPVcX

Shortly after Pixar, it was time for Lucasfilm to jump in with unreleased material from The Mandalorian. The first surprise was the revelation of the premiere date of the 3rd season of the series: March 1, 2023.

The news was told by John Favreau and Dave Filoni, who were in a video call and said that everyone should expect many more special battles.

The presentation of Star Wars was accompanied by a surprise: the appearance of Pedro Pascal, who plays Din Djarin.

The Mandalorian and Grogu return March 1 only on @DisneyPlus🇧🇷 pic.twitter.com/h0NrVMIT4V

Before a break so that the audience that filled the Thunder Stage could go to the bathroom and drink some water, Disney spoke about the next film by the most famous explorer in pop culture. Indiana Jones and the Call of Fate is the name of the next film in the franchise.

With the return of Harrison Ford, the feature film will also have in the cast names like Phoebe Waller-Bridge (Fleabag), Boyd Holbrook (Narcos), Mads Mikkelsen (Hannibal) and Antonio Banderas (The Skin I Live In). One highlight is the return of John Rhys-Davies (The Lord of the Rings) as Sallah.

Director James Mangold was responsible for presenting the unpublished content to the Brazilian public. He said directing the next Indiana Jones is an “enormous pride” as the previous films inspired him to become a filmmaker.

With the premiere knocking on the door, on December 14, Zoe Saldana and producer Jon Landau took the stage to talk about Avatar: Walk of Water. Saldana received much acclaim, being highly applauded by the audience.

The actress and the producer spoke about the theme of family that will be approached in the continuation of the 2009 feature film. “We know that the family is one of the most important aspects in Brazil”, emphasized Landau.

To grace those present at Palco Thunder, a cut of about 18 minutes of Avatar 2 was shown. attention to quality.

One of the highlights was the underwater scenes, which showed Na’vis and aquatic creatures interacting and swimming across the planet of Pandora.

As it couldn’t be any different, Disney’s panel of more than 2 hours ended with Marvel. The public – including this one who writes to you – got goosebumps with the trailer showing great moments from the Marvel Cinematic Universe (MCU). Special emphasis was given to characters introduced in Phase 4 such as She-Hulk, Ms. Marvel, The Eternals, the new Black Panther, Kate Bishop, Shang-Chi, Moon Knight and others.

The auditorium almost collapsed when scenes from Spider-Man: No Return Home were remembered and when scenes of Iron Man’s death and Captain America’s “Forward, Avengers” in Avengers: Endgame appeared on the screens.

To talk about the future of Casa das Ideias, “boss” Kevin Feige was summoned to the stage. Acknowledging the passion of Brazilians for Marvel, he immediately tried to thank everyone who was there showing the first trailer for Guardians of the Galaxy 3, which will be released on May 4, 2023.

Without letting the shuttle drop, actor Paul Rudd took the stage to talk about Ant-Man and the Wasp: Quantumania. Accompanied by the director of the feature film, Peyton Reed, Rudd even jumped on stage, demonstrating how excited he was by the warm reception he received.

After revealing to the public a comic scene from the film in which the character Scott Lang responds to how he can be an Avenger even though he is an ex-convict, divorced and constantly mistaken for Spider-Man, it was Evangeline Lilly’s turn to join the others in the presentation. Vespa’s interpreter was on the same wavelength as her colleagues and even risked a few words in Portuguese.

To make things even darker, it was Jonathan Majors’ turn to step up and complete the Marvel team. Majors will give life to the villain Kang: The Conqueror and asked what he will do badly to the heroes, it was quite redundant: “I will conquer”.

Stimulating the audience to scream on the Thunder Stage, Majors turned around with the others to see another unpublished excerpt from Ant-Man 3. Starring him, the video shows what must be the first meeting between Scott Lang and Kang in the Quantum Realm .

And one of the most impactful moments, the villain known as “Temporal Despot” asks if he has ever killed Ant-Man. Before physically attacking the hero, Kang urges Scott to get a key that can possibly get both of them out of the Quantum Realm.

The long and exciting Disney Panel concluded with the audience’s hype at an all-time high. What we have left is to wait to see all this content coming to movie screens and Disney+!