breaking bad. If you’re a series fan, I’m sure you’ve watched or at least heard about this work.

In the end, breaking bad is considered by many, including this one who writes you, one of the best series of all time.

And it’s no wonder, since the series has a very interesting plot, excellent characters, in addition to a wonderful direction, great scripts and so on.

The real thing is that I could be exalting breaking bad the whole text, talking about several different aspects of the series, but this time, I’m going to focus on one of the most controversial episodes of the production.

I’m talking about the infamous episode of the fly, number 10 of season 3, which to this day divides fans’ opinions.

Is the fly episode a filler? Is it a silly plot, just to extend the narrative even further? Is it good or not? Is there something beyond what seems in this story?

Well I rewatched the fly episode from breaking bad a short time ago and I decided to do a complete analysis of him, since he is so important in the trajectory of the series.

So get ready, because the time has come for us to understand together the meaning of this controversial episode of breaking bad!

Warning to adventurers: to talk about the fly episode of Breaking Bad, I’ll need to enter SPOILERS territory. So, if you haven’t watched the series yet, save the text and video to consume later, ok?

Before starting, just be aware that this review does not portray the absolute truth of anything, ok?

Also because, in my opinion, this does not exist within an artistic work, since one of the functions of art is not to offer a clear and unique path, but several paths, which generate different interpretations, visions and debates.

That said, the fly episode breaking badin my analysis, revolves around a central theme: guilt.

The fly, in this sense, is just a symbol for the guilt that Walter White has felt about the choices he has made up to that point in the series.

And, here, I highlight two of those choices: the protagonist’s first mistaken decision was to let Jane, who was Jesse Pinkman’s girlfriend, die without doing absolutely anything to help her.

The second choice, on the other hand, has more to do with Walter himself, which would be the ultimate decision of having entered the world of drugs headfirst and the consequences of that in the relationship with his family.

These two gigantic decisions start to haunt and annoy Walter, just like an annoying little fly, which keeps coming and going, buzzing in his ear nonstop.

You even try to forget that it is in the environment, divert your attention to the things you are doing, but sooner or later the fly comes back to bother you.

And realize that this doesn’t always happen. Because Walter is not always in this state of guilt or discomfort.

Therefore, this episode encompasses a day in Walter’s life in which he seems to become more aware of the consequences of his choices and wakes up like this: uncomfortable, reflective, nervous and, of course, feeling guilty.

And it’s not that Walter didn’t feel that way before, but, until then, he managed to control himself better, since he kept it inside himself and masked everything with lies, whether for others or for himself.

But since we are not robots, and neither are Walter, even though he is a fictional character, the mighty Heisenberg finally collapses and appearances fall apart.

And this is all manifested through this symbol, which is the fly, which does not leave the protagonist alone during the entire episode and the horrible day he is having.

Even when Jesse manages to kill the fly, in the end, things don’t work out, as when Walter comes home and tries to sleep, who’s there again, blinking in the bedroom light? Herself: the fly.

Or, better said, the guilt that Walter carries, which doesn’t go away anytime soon, regardless of where he is.

And there are a lot of cool elements in this episode that further enrich the narrative and the idea that Vince Gilligan, the creator of breaking badwanted to work.

The most interesting of them, for me, is in Walter’s own speech, when he keeps insisting that the laboratory is all “contaminated” and that nothing can be done until this “contamination” ends.

However, this “contamination” is nothing more than a metaphor for Walter himself, who would be contaminated with guilt and, because of it, would not be able to move on.

So he keeps telling Jesse that he can’t keep working and that they can’t do anything until this “problem” is resolved.

However, it is clear that nothing will be solved, since the big problem is internal and not external.

So much so that the only relief, shall we say, that Walter has in the entire episode only comes after he apologizes to Jesse about Jane.

He doesn’t fully confess that he let Jane die, obviously, but he apologizes and leaves a few vague comments here and there, purging a little bit of the guilt that’s overflowing inside him.

Even after apologizing, Walter finally manages to get some sleep and then move on.

This episode also features very good dialogue and some excellent monologues, which are a hallmark of the series.

And how the script breaking bad you’re good at that, aren’t you? The way the work puts its characters in a state of deep reflection and brings everything they are feeling out through speeches that synthesize their feelings is an art. A prime.

These speeches, by the way, are never thrown sloppily into the narrative or denote superficiality and predictability. Quite the opposite.

They are usually stories full of details and minutiae that create an atmosphere and bring the viewer closer to the characters. Almost as if a friend is telling you something personal.

Something that is reinforced and gains even more power with the great performances of the series, which has a wonderful cast. 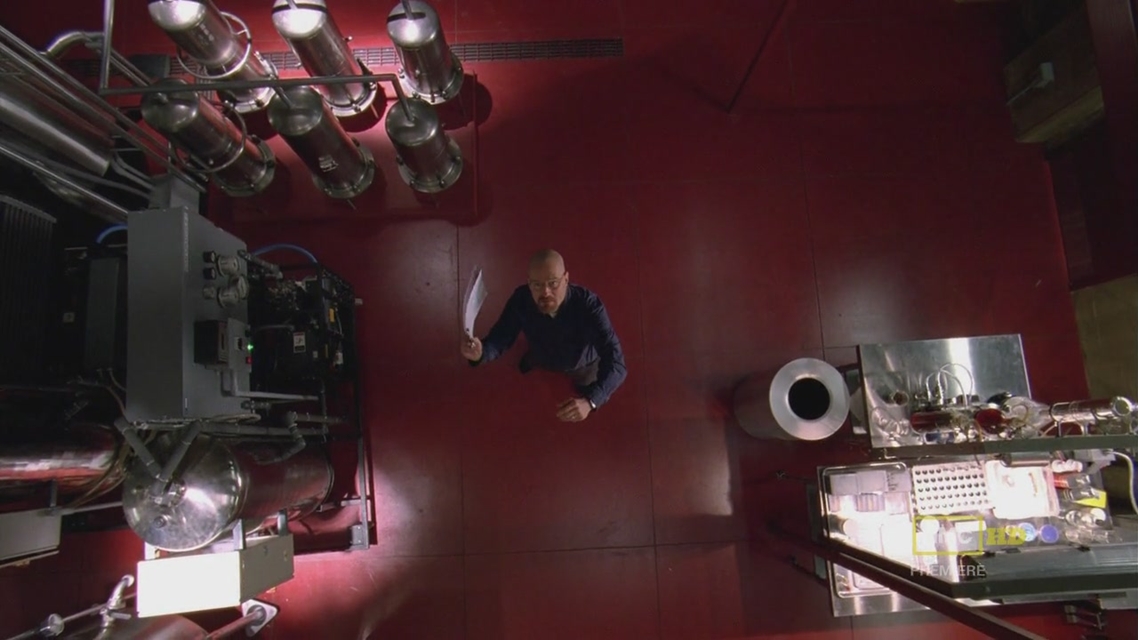 Finally, the episode of the fly breaking bad it can be seen as a filler, if you look at it that way, but I believe it is much more than that.

It is an episode that, instead of serving as a breather, only reminds us of the heavy things that have already happened in the narrative and how the protagonists are increasingly suffocated by their own choices.

It’s a great character study too, as it presents us with different faces of Walter, Jesse, and the troubled relationship between the two, always permeated by love, hate, guilt, secrets, and resentments.

Finally, it is an episode that also shows the most poetic capacity of the narrative of breaking badwhich is full of metaphors and symbolism very well developed throughout its duration.

However, as we already know, the end of this story is not a happy one.

After all, tragedy, omission, guilt and wrong or wrong choices are issues that haunt the characters of breaking bad until the end, like an annoying fly in the ear.

Qatar suggests installing two applications to go to the World Cup, but they would be spy platforms