Marilyn Monroe had a life full of ups and downs, with many controversies and controversies. Even though she has made her name in movie history, the actress has suffered much of her stardom days, although she had some allies within the industry.

With the recent release of the movie blonde, on Netflix, starring Ana de Armas, the public can become more familiar with the artist’s story. However, what is fact and what is fiction in this production? Check out all the details below!

First of all, it must be said that the feature film, directed by Andrew Dominik, consists of a literary adaptation of the work of writer Joyce Carol Oates. In several interviews, the author warned the public about blonde it is a novel with no direct commitment to what actually happened in Marilyn Monroe’s life.

Thus, it is important to think that, as much as a real figure has been portrayed, many issues may have been changed and do not match reality. if you already watched Spencerby filmmaker Pablo Larraín, you may be used to this narrative mode that has become a trend in cinema in recent years.

Thus, blonde it is just inspired by the life of Marilyn Monroe, transporting to the screens some precise details of her routine, but imagining many others, especially when talking about the directions and choices that guided her in her career.

But then what is true in the film?

Norma Jeane Mortenson, the actress’ given name, spent much of her childhood with her mother in Los Angeles until the latter was diagnosed with paranoid schizophrenia, which led her to live in a psychiatric hospital away from her daughter. This really happened, forever marking the life of the artist, who was still married to baseball player Joe DiMaggio and playwright Arthur Miller.

Having become a great imaginary icon in the media, several famous images of Marilyn were recreated in the film by Dominik with the help of his team. Therefore, it is correct to say that some of her photo essays are also faithful to reality, as well as the costumes that also caught the attention of her fans.

Starting from certain biographical details, the novel and, consequently, the film, used certain resources to emphasize certain passages, especially when Marilyn’s relationships needed to have some turning point.

In this sense, her mother’s breakdown is over-depicted in the production, as is the polyamorous romance between her, Charles Chaplin Jr. and Edward G. Robinson Jr., precisely because of the lack of concrete and reliable evidence on the subject.

And although it is surrounded by personal controversies, the backstage of its participation in some famous films are also highlighted in blondeas Men Prefer Blondes1953, in which Marilyn Monroe starred opposite Jane Russell.

The salary disparity between the two would have provoked the great ire of Monroe, who came to fight with her manager for the amount received at the end of the project. 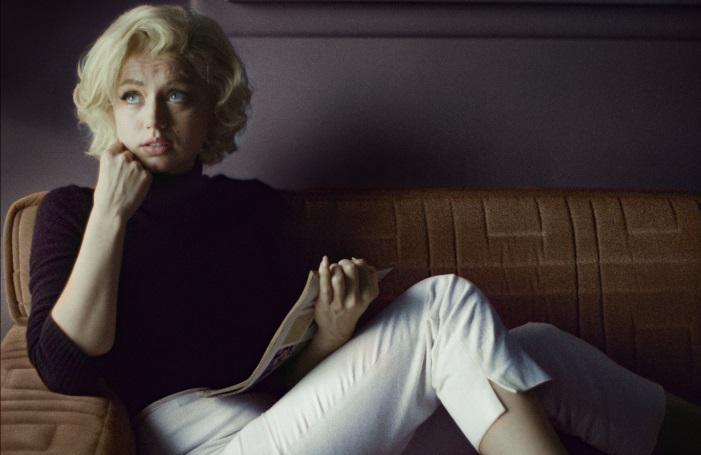 The construction of this specific passage was inspired by an interview with the actress published in 1962, a few days after her death, in the magazine lifein which the case is exposed without many filters.

Deceased at the age of 36, Marilyn built her name in a grandiose way and perhaps this is the great brand that blondefrom Netflix, want to leave to the public.

Did you like the content? So stay tuned here at TecMundo so you don’t miss any news about cinema!