15 years to get off the ground, but just a few days to become the number one film in many countries. Do you already know which movie I’m talking about? Yes, it’s Black Adam (2022), new DC movie that features megastar Dwayne Johnsonbetter known as The Rock, in the role of the anti-hero that gives the film its title.

Well, it goes without saying that expectations for the feature were very high, even more so after the official premiere was postponed from July to October 2022. Which, of course, only generated even more hype among fans of the character and the works of DC.

Finally, I got a chance to see Black Adam at the cinema and, hey, I have a few things to tell you. So, it’s time for me to tell you everything I thought of the movie with a full critical analysis of Black Adam.

What is Black Adam? (NO SPOILERS)

I promise not to go too long in this first part of the text because, probably, you’ve read the synopsis or even watched Black Adam. So I’ll just give a quick brush stroke to the plot so we’re all on the same page.

Black Adam tells the story of the title character of the feature, who is an anti-hero from DC Comics. And when I say anti-hero, in case you don’t master the term very well, I’m talking about that type of character that is not entirely good or entirely bad.

Summarizing very superficially: the anti-hero even does some good things here and there, but he also does other very dubious ones that leave the viewer a little confused, without 100% understanding his nature or his goals within the story.

Well, after being bestowed with incredible powers from some Egyptian gods, the same ones that give powers to Shazam, another DC character who has already won a movie, Black Adam disappears for 5 thousand years.

But when a group of explorers sets out in search of Sabbac’s crown, a super valuable and powerful item, guess who is awakened from his “beauty sleep”? So it is. Black Adam returns, now in a world completely different from the one he lived in in the past, but one that is also filled with allies and enemies.

From there, the anti-hero begins to implement his questionable sense of justice, while at the same time having to stop new threats to his homeland, called Kahndaq. Now that you know what happens in Black Adam, it’s time for us to analyze the film. Here we go?

WARNING: FROM NOW ON, THIS TEXT WILL CONTAIN SPOILERS FOR THE MOVIE BLACK ADAM. DO NOT CONTINUE IF YOU HAVE NOT ALREADY WATCHED.

Analysis and Criticism of Black Adam (WITH SPOILERS)

Very good, Black Adam, despite all the hype and marketing built around the movie, which claimed that a new era for DC was about to begin, is exactly what you and I have seen dozens of times. The plot of Black Adam is not the most exciting, but it establishes the origin of the anti-hero well.as well as their motivations and goals within this DC universe.

The problem is that we have two central ideas being worked on within the film at the same time and one overlaps the other, without a certain balance, which could help the narrative a lot. On the one hand, therefore, we have the origin story of Black Adam, with several flashbacks and flashbacks that explore his relationship with his family and his country.

And, on the other, there is the more action-centric plot, which involves the villain Sabbac, the Justice Society and the paths to the future of Black Adam. The script tries to intertwine these two fronts as best as possible, but it all got a little tangled up in the end.

That’s because, like most hero movies out there, there are many characters to be introduced, many contexts to be given and many open nodes that need to be closed. That is, in Black Adam, the narrative needs to put a lot of effort into presenting us, for example: the context of Kahndaq, who is Black Adam, how did he come about, what is the Justice Society, who is Sabbac, what are the motivations of this whole gang, how all this ties together and still influences the future.

Do you realize how many elements there are that need to be minimally developed for the narrative to make sense? And, in this cake, it is “normal” that some fronts of the story are poorly explained and some characters are poorly explored.

Sabbac, for example, seemed like a cool villain to me, but his own explanation of his origin was pretty underwhelming. I would like to know more about his figure and about the infernal beings that give power to the villain. But this theme is only on the surface. 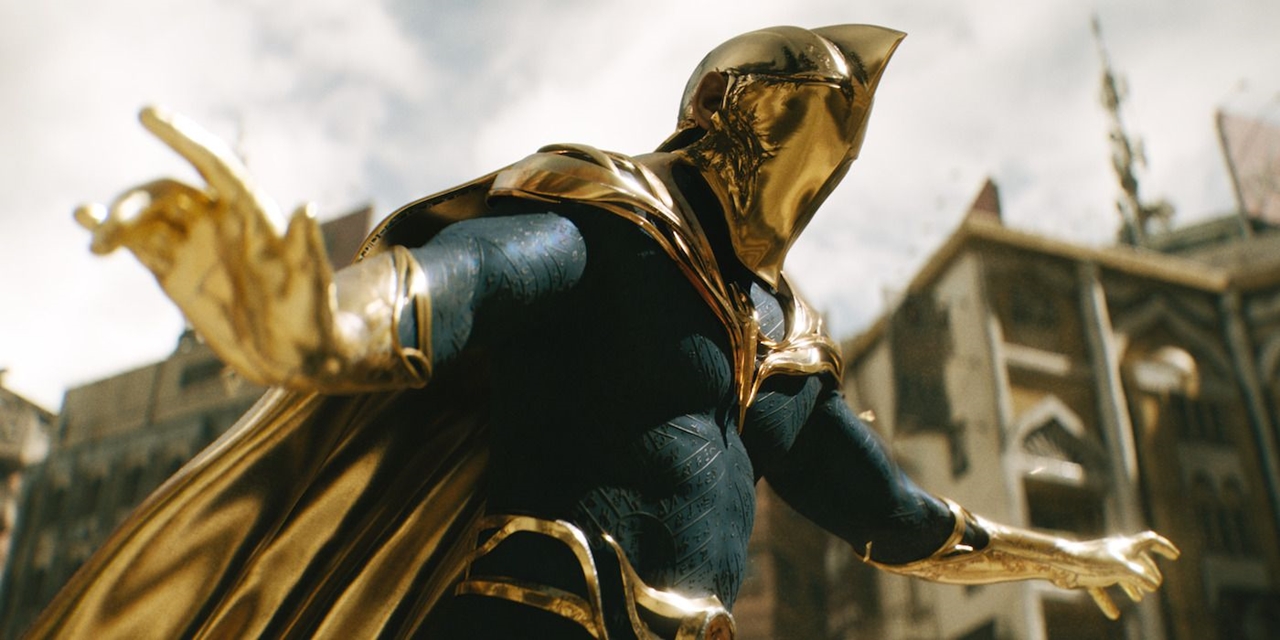 About the Justice Society, in addition to a very brief context, I felt that it presented members with functions not very well performed within the plot. The greatest example of this is Atom Crusher, which was placed as a kind of comic relief within the narrative, always making jokes and showing a certain naivety. However, the character did not make me laugh at any time, nor did whoever was in the movie theater with me.

Having said all that, the script solution for this whole “mess” ended up being to chew as much narrative as possible for the viewer. And to prove this, just notice how there are always explanations for everything, whether through the protagonist, flashbacks, voice-overs or even other characters.

Everything is said and delivered in the most simplistic way possible and there is almost no room for doubts or interpretations on the part of those who are watching. Which I don’t think is very cool, since the movie never leaves you with that little flea behind your ear, wondering or struggling to imagine the reasons for certain choices.

Everything ends up becoming very predictable, which makes the whole experience of watching Black Adam a lot less exciting than it could be. Now, speaking of the most positive point of the film: The Rock is amazing. It seems like he was really born to play a superhero and seeing him in action was a lot of fun.

I also liked the character Hawkman, who has a very courageous and leadership footprint, playing the role defined for him in the long.

The action scenes are also capable of leaving anyone stunned, especially that slow motion effect, which reproduces Black Adam’s power to see the battle scene in slow motion. Undoubtedly, a very exciting resource. To close, we have the infamous post-credits scene, with none other, none other than Henry Cavill’s Superman, who comes face to face with Black Adam.

The encounter suggests a rivalry or, who knows, a partnership between two of DC’s strongest heroes. We’ll see what the future holds. 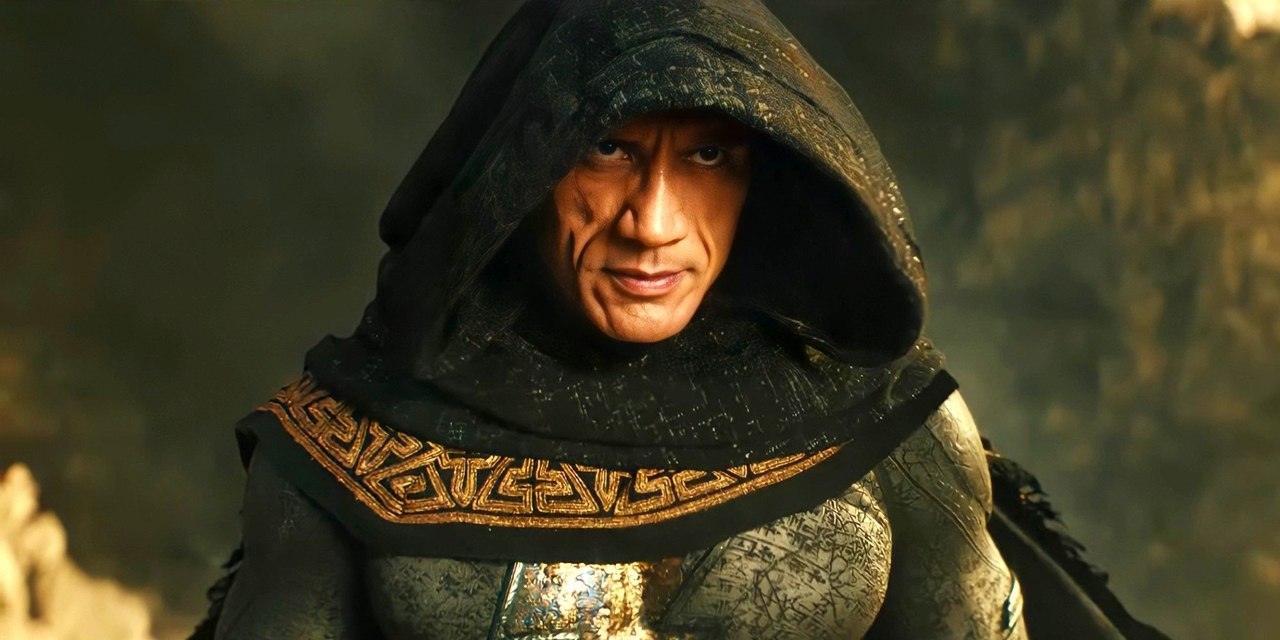 Black Adam is a well-produced film, with great action scenes and effects, and features an impeccable Dwayne Johnson, in a role that looks like he was really born to play. However, the narrative is super fast-paced and chewed, which makes everything very predictable and even a little uninteresting at times.

Not to mention the characters that are poorly explored or that appear with functions not very well performed. Still, watching Black Adam was a fun experience, and it looks like DC has one more gem on its hands to explore over the years. Whether it will succeed is another story.

The Calling: Meet the Scary Legend That Inspired Horror Movies