Finally arrived! The film black adam, starring Dwayne Johnson, debuted in theaters last Thursday (20) and is already causing a stir among DC fans. So, as we become more familiar with the story, here’s a question: did you know that his history with Shazam is intertwined?

So it is! In addition to having similar origins, the two have fought each other on several occasions. So, for you to know more about the two, here we separate 8 facts that you will love to discover – from the main clashes, through the powers of each and the answer to the question: which of the two is stronger?

9. The origin of the two is intertwined

In Ancient Egypt, a man named Teth-Adam was chosen as the Champion of Shazam, a sorcerer with the power of the gods. However, Black Adam is born full of rage and uses these powers to seek revenge.

Consequently, he is imprisoned until modern times. Since Shazam is precisely the one who imprisons him, it is not surprising that he wants revenge.

8. Shazam is the word for resurrecting Black Adam 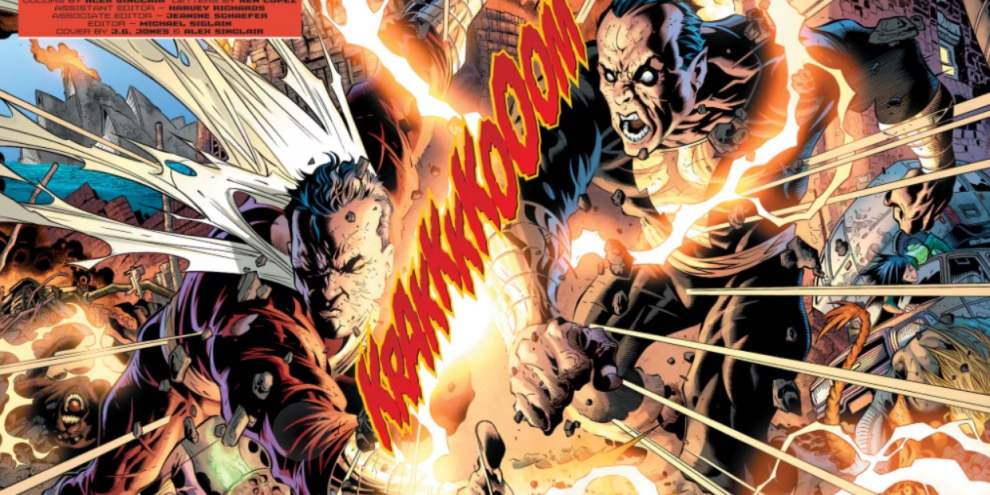 According to the DC comics, Black Adam is only reborn when Theo, one of his descendants, finds the amulet and says the magic word: Shazam! The code is what brings the anti-hero back into Theo’s body. 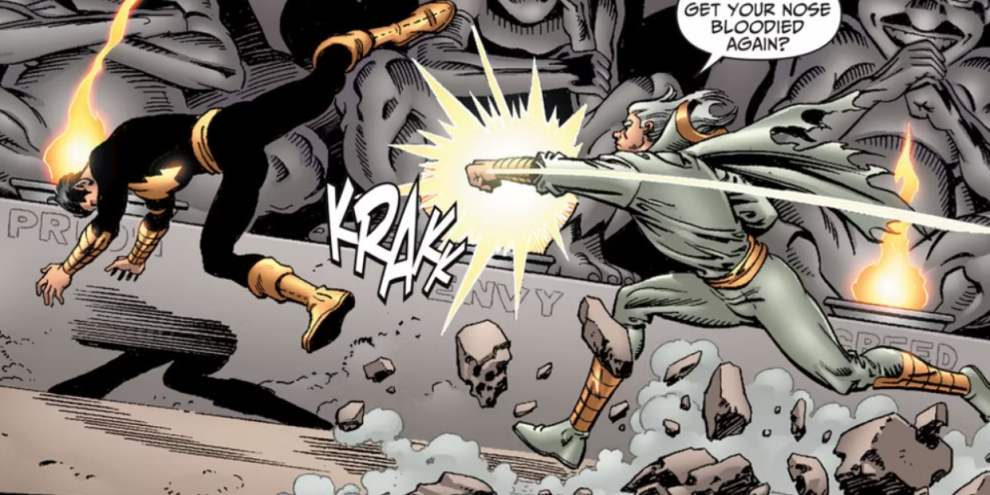 Okay, that’s not exactly how things go. In fact, in the comics, Black Adam is one of those responsible for starting the war, while Shazam wants to end it. In fact, in this period, Black Adam causes a real slaughter and the hero needs to stop him to avoid further destruction.

6. Black Adam Ever Tried to Steal the Stone of Eternity 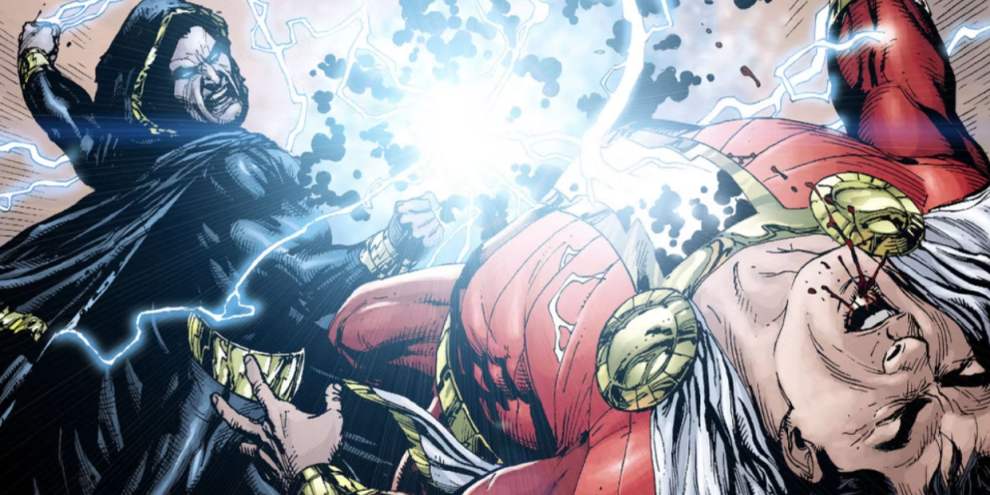 Another curiosity from DC comics is the fact that Black Adam already tried to steal the Stone of Eternity, never to be imprisoned again. This is one of the times he encounters the Justice Society. Fortunately, he gives up this power voluntarily, but ends up transformed into a statue. 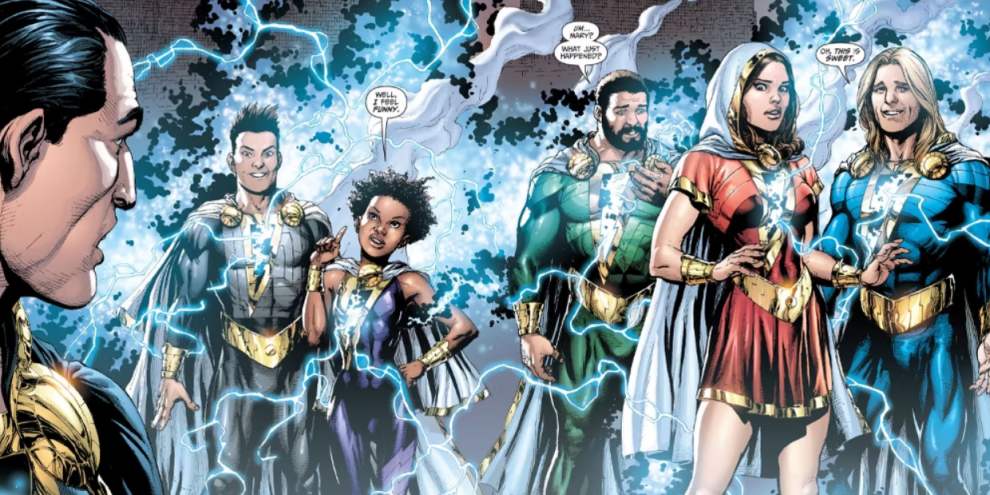 When Billy Batson tries to share his powers with the foster family, he consequently creates the Shazam family. After that, he decides he can’t defeat Black Adam and tries to revert to his human form and the villain ends up turning to dust due to age.

4. In one of the battles, they go back in time 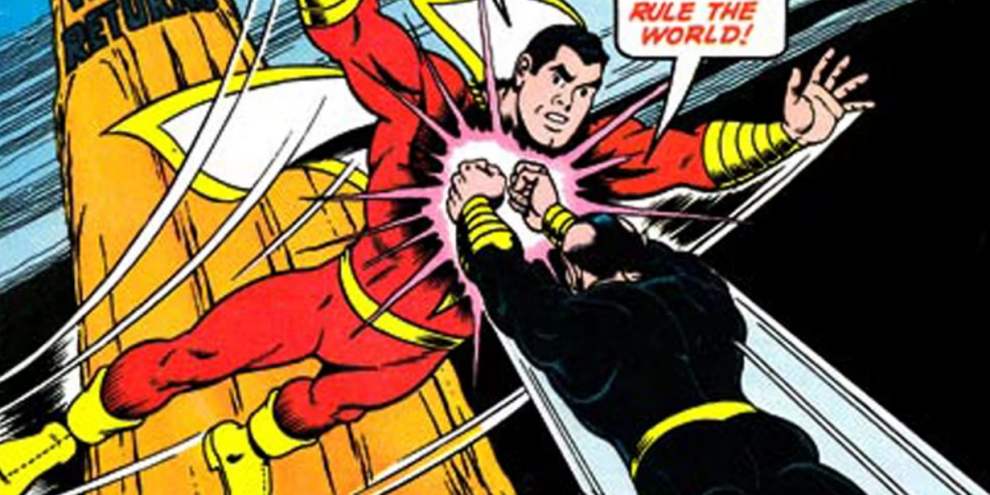 When Silvana convinces Black Adam to get revenge on Shazam, he and Billy have such an intense battle that they end up going back in time and stopping in the year 1773. In the end, when they are reunited, Shazam punches Black Adam so hard that he becomes bewildered and forgets his double identity!

3. Black Adam once tried to pit Shazam and Superman against each other 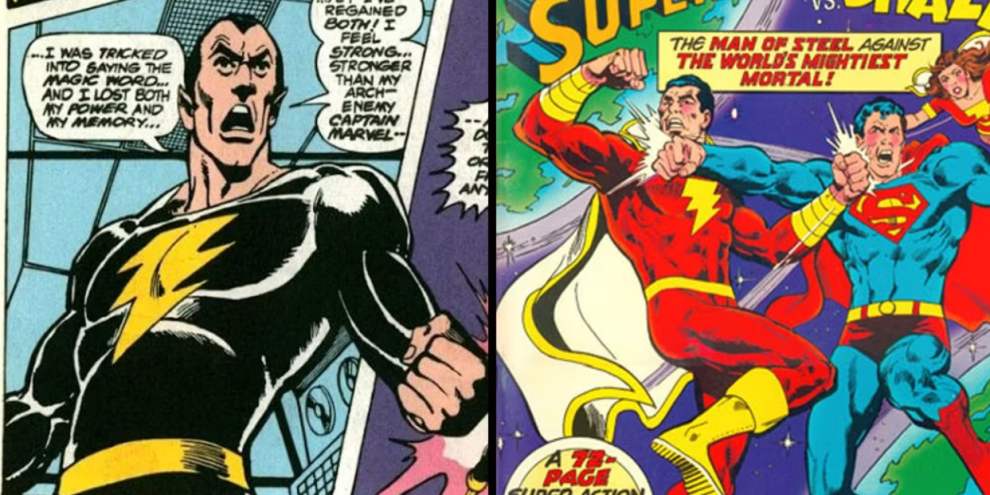 When Black Adam regains his memories and ends up with even more destructive urges, he tries to cause a fight between Shazam and Superman. The trio is known as one of DC’s main enemies and this particular event was one of the high points of the comics.

Of course, in the end, he fails to provoke the battle and wants even more revenge on Shazam.

2. Black Adam was part of the Society of Monsters 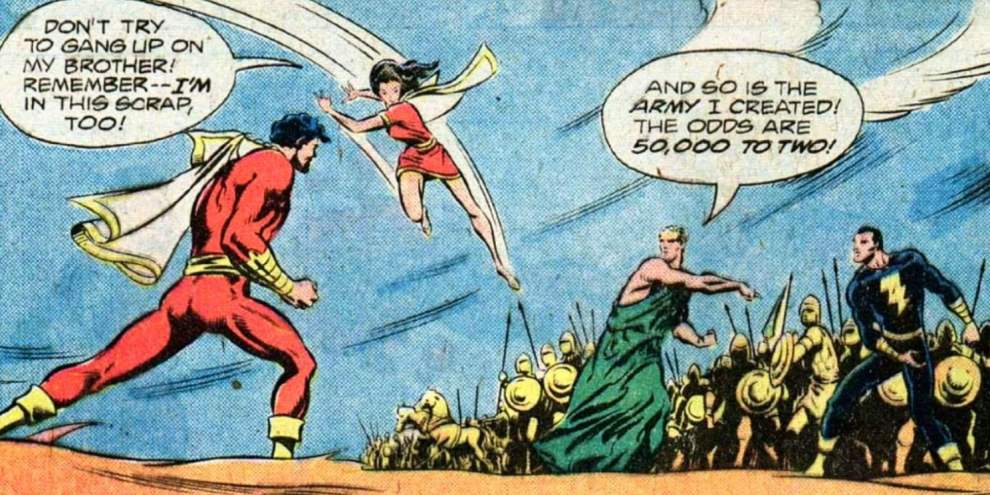 Finally, it is worth remembering that the anti-hero was also part of the Society of Monsters and, during a battle, he even managed to make Shazam lose the ability to speak.

At this point in the story, they were in Egypt and Mister Mind recruited Black Adam, Doctor Sivana and others into the Society. However, Black Adam’s victory was fleeting and Shazam managed to defeat the entire society, driving the villains out of Egypt.

1. Shazam vs Black Adam: who wins in the end? 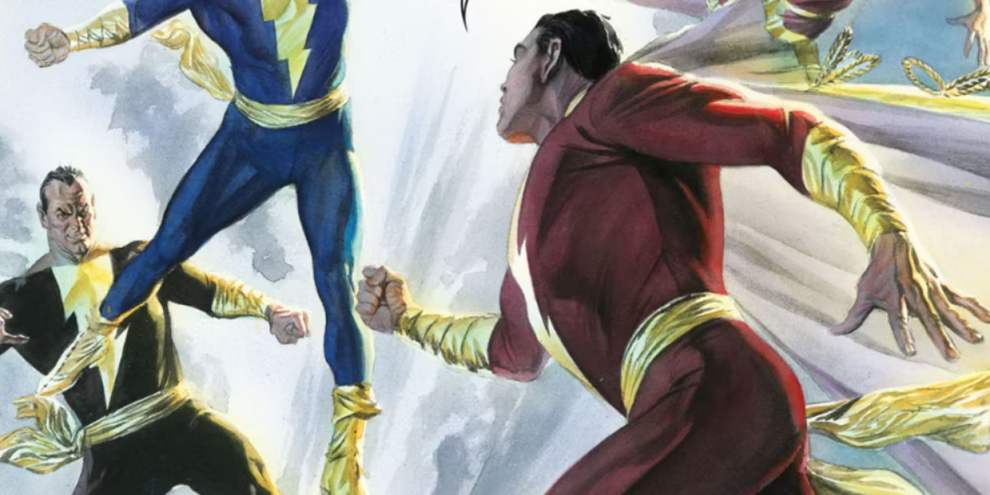 As you can see, this is an eternal fight! On several occasions, the two have met and fought each other, with Shazam winning most of the time. However, the story of the two characters does not have a conclusion and, therefore, we do not know who, in fact, wins in the end.

The two have the same abilities, but Black Adam has many more years of experience. Therefore, it is to be concluded that he would be the stronger of the two – however, as a hero, Shazam has already managed to beat him on several occasions. That is, it is a battle of giants that can still be explored in the expanded universe of DC.

Did you like to know more about curiosities of the two characters? In order not to miss any details of what happens in the world of series, movies and anime, keep following the portal. Also, take the opportunity to share the article on social media!

Top 5 useful applications and devices for the baby's first year