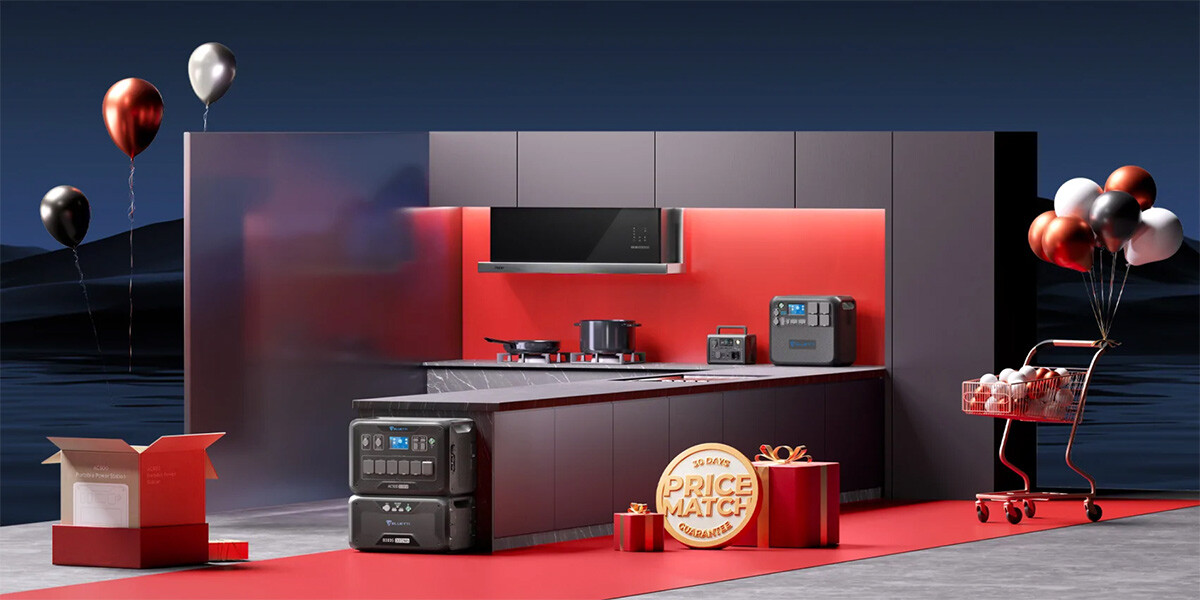 Bluetti deals with energy storage and solar cells, and their use in systems. The company, founded a decade ago, is present in more than 70 countries, with a constantly expanding and developing product range. The entry-level items in the portfolio are basically external batteries that are portable, can be charged with a solar panel and from the mains, and depending on the product, have a capacity ranging from 268 Wh to 2 kWh. Each model is characterized by the fact that its operation can be controlled and monitored with a smartphone application, even the cheapest EB3A with 268 Wh is capable of a total power of 600 watts, as it can deliver via 8 different connectors (AC, DC, USB-A (5V/3A) and Type-C (100W), Qi charging pad (15W)), and it can also be charged in many ways, of course the manufacturer also recommends its own solar cells, which are cheaper to buy in a package together with the battery.

Regarding the LiFePO4 battery, they promise that it will bring at least 80% of its capabilities even after 2,500 charging cycles, while it can even be charged from a car cigarette lighter. It can be charged in one and a half to two hours from a solar panel or from the mains, weighs only 4.6 kilograms and is guaranteed by the manufacturer for two years. This entry-level model is available at a price of 300 euros until the end of November, if we were to add a solar panel, the PV120 (120W) is available for an additional 309 euros, and the PV200 (200W) is available for 459 euros.

The next step is the EB55, which is available at a price of 600 euros, here the output power is 700 watts, we can operate other products through a total of 11 ports, and the battery capacity is 537 Wh. A solar panel can be added at the already mentioned prices, just like the EB70, which can be ordered for 700 euros, it is already capable of delivering 1000 watts of power, and the battery capacity is 716 Wh. The top of the range is the AC200P, which with its capacity of 2 kWh and 2000 watts of power is a real leap compared to the previous ones. In addition, an extra battery of 2048 Wh can be purchased to double its capacity, according to the manufacturer, it can be an emergency solution for households in the event of a power failure. . The price of the AC200P is 1,700 euros, the capacity expansion is another 1,400 euros.

If we need more capacity and performance, then Bluetti’s next model range may be interesting, which the manufacturer calls an “off grid” solution. These are obviously not so easy to transport, they are suitcase-like equipment on wheels. There is also a Pro version of the EP500, which can deliver 3000 watts of power, the plain EP500 “only” offers 2000 watts, but the battery is the same: there is a 5.1 kWh battery in the device, which can also be charged in several ways, or an external battery can also be connected to this, two at once. A total capacity of 9196 Wh can be assembled with the B230 extra battery, and 11 244 Wh in the case of B300s. The EP500 costs 4,600 euros, the Pro version costs 5,300 euros.

The no-longer-movable category clearly includes equipment that works as an inverter on the one hand, and can handle modularly expandable battery packs on the other. Here, Bluetti’s latest product is the inverter, which already raised 11 million dollars with crowdfunding, and is the basis of an energy storage system. The AC500 can deliver a total power of 5,000 watts via 16 outputs, can be monitored remotely via WiFi, and comes with a four-year warranty. This machine starts at a price of 2,899 euros, and the manufacturer recommends the B300S battery pack, of which six can be connected, so it can store more than 18 kWh of electricity. Of course, this is already a higher-priced offer, a single 3074 Wh B300S battery pack is available for 2800 euros, which means that the price of a system that can supply a more serious household for several days can be several times that.

There is now a discount on all of Bluetti’s products listed above, all the details can be found on this link. The ordered equipment is delivered from a warehouse in Germany free of charge within the EU.