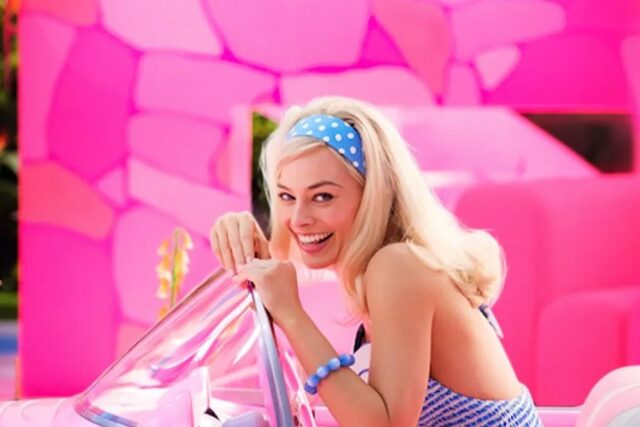 The Barbie movie is still a little far from its launch period, which will only happen in July 2023. However, the first teaser of the work was enough to drive fans crazy on the internet and generate huge hype. Directed by the celebrated Greta Gerwig (Frances Ha), the feature has Margot Robbie, Ryan Gosling, Will Ferrell, Helen Mirren and Kate McKinnon in its main cast.

And, speaking of Barbie teaser, one thing caught the attention of moviegoers on duty: the video is a great reference to the film 2001: A Space Odyssey, by the legendary Stanley Kubrick (A Clockwork Orange, The Shining). In addition to the director’s own Twitter profile replicating the sequence, other accounts on the social network created videos comparing the two productions, scene by scene.

They say imitation is the sincerest form of flattery!

Even Barbie is a Kubrick fan… https://t.co/BHUKx9c4Si

Margot Robbie in Barbie vs. 2001: A Space Odyssey pic.twitter.com/fht1RKGdfO

But what does all this mean anyway? Why did the Barbie teaser recreate scenes from 2001: A Space Odyssey? Don’t worry, we’ll explain everything to you now!

2001: A Space Odyssey was released in 1968 and directed by Stanley Kubrick. Considered one of the greatest films in the history of cinema, the feature addresses, among some of its central themes, the ideas of “evolution” and “breaking standards” (whether temporal, behavioral, etc.).

In this sense, the opening scene of 2001 features a group of primates who are suddenly surprised by the arrival of a monolith. The item serves as a disruption of the temporal pattern, establishing the arrival of a new evolutionary period, with new technologies and new behaviors.

In the Barbie teaser, therefore, we see the opening scene from 2001 recreated and exploring the same evolutionary concept. However, the monkeys are replaced by little girls and the monolith by the Barbie doll (Robbie). In this way, the video deals with the idea that Barbie served as a disruptive element for several girls, who, until then, only played with dolls that resembled babies (something that would reinforce the social standard that women “need” and ” should” be mothers, caregivers, docile, etc.)

That is, from the arrival of the character, many girls had a kind of “awakening” to new possibilities and standards, which no longer resembled those cultivated by past generations. All of this, by the way, should be one of the central themes of Gerwig’s film.