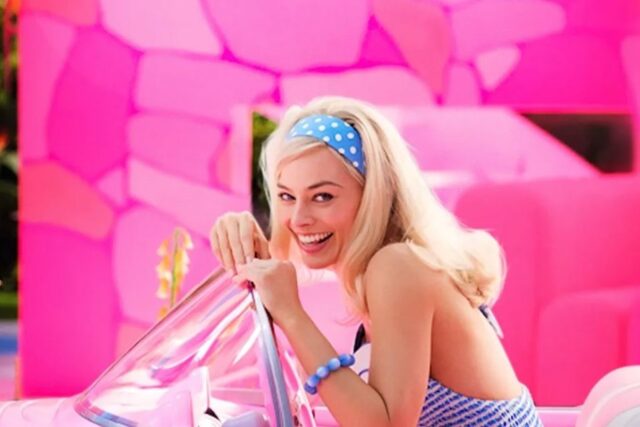 Already considered one of the most anticipated films of next year, Barbie, which is scheduled to premiere on July 20, 2023, won its first teaser this Friday (13). The unpublished images, despite not revealing much about the plot of the work, show the looks of Margot Robbie, who will bring the doll to life, and Ryan Gosling, who will be one of the versions of Ken, Barbie’s eternal love.

Check out the teaser:

Still on the video, there is a clear reference to the film 2001 – A Space Odyssey, by Stanley Kubrick, which, in its opening scene, shows a group of monkeys and a monolith, creating a conceptual sequence about evolution. In the Barbie teaser, however, the scene is “remade” with children and the doll figure.

Directed by the renowned Greta Gerwig (Lady Bird: Time to Fly), Barbie, in addition to Robbie and Gosling, will have Will Ferrell, Emma Mackey, Connor Swindells, Rhea Perlman, Nicola Coughlan and Kate McKinnon in the main cast.

Barbie: memes and reactions to the teaser flood networks

As it could not be otherwise, the internet soon manifested itself to the first images of Barbie and resorted to memes to express all its euphoria and anxiety for the release of the feature. Below, check out some fun reactions to the Barbie teaser!

Kids and adults alike: everyone will want to see the Barbie movie!

“Me and the pals ready to watch Barbie.”

Me and all the homies pulling up on July 21st to watch #Barbie pic.twitter.com/PeY3rIZYQw

I haven’t seen it yet, but I want to…

greta gerwig will change the lives of thousands of people with barbie it will be the event of 2023 the world will stop pic.twitter.com/Of0gLE9E3r

Possibly, Kubrick would be happy with the teaser of Babrie🇧🇷

Sha… Shang-Chi, is that you?

SERIOUS: After selling everything he had and even ten rings to pay off his late father’s debts, Shang-chi (Simu Liu) becomes a dancer in a Barbie movie. pic.twitter.com/DqIzM098Bf

Did you miss something here, friend? What are you looking at?

Me like this in line at the cinema to see Barbie pic.twitter.com/JgLnGiPR99

Apparently, the hype over the Barbie movie will only grow until July 2023, when the work will be released in theaters. Until then, new details about the plot should be revealed and we will have a clearer idea of ​​what the doll’s story will be. We know, however, that the narrative will have a more adult and critical view of the toy.