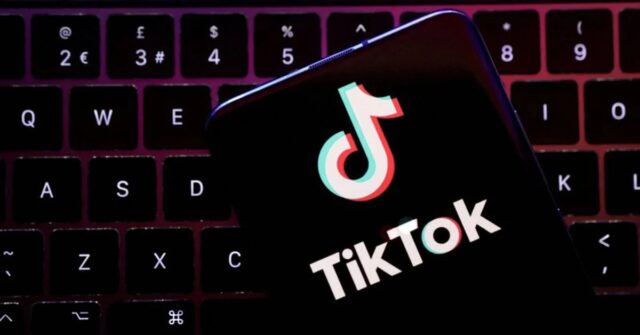 The logo of the TikTok application (Reuters)

For two years, the Joe Biden government ha negotiated with TikTok to resolve the authorities’ concerns regarding the risk posed by the popular video application, of chinese propertyfor the National security. But with the talks only dragging on, state and federal legislators have reached the limit of their patience and have taken action on the matter.

In the last weeks, at least 14 states have blocked TikTok on government-managed devices. Congressional lawmakers are expected to vote this week on a wide-ranging bill which includes a TikTok ban on all federal government devices.

A different bipartisan billwhich was introduced before Congress last week, would ban the app for everyone in the United States. In addition, the Indiana attorney general sued TikTok, accusing the company of being misleading about the security and privacy risks posed by the app.

What began a few years ago as an initiative of the Donald Trump administration has evolved to become an increasingly bipartisan issue. Politicians from both parties share concerns that the app could monitor users in the United States and put sensitive data, such as location, in the hands of the Chinese government.

Officials at the federal level have also expressed fear that China could use the app to sway Americans’ ideas through videos delivered by TikTok’s algorithm, which targets highly personalized videos to users based on their profiles and interests. . Last month, FBI Director Christopher Wray warned that the Chinese government could use TikTok to “influence operations” or try to use the app to infiltrate devices and compromise them. 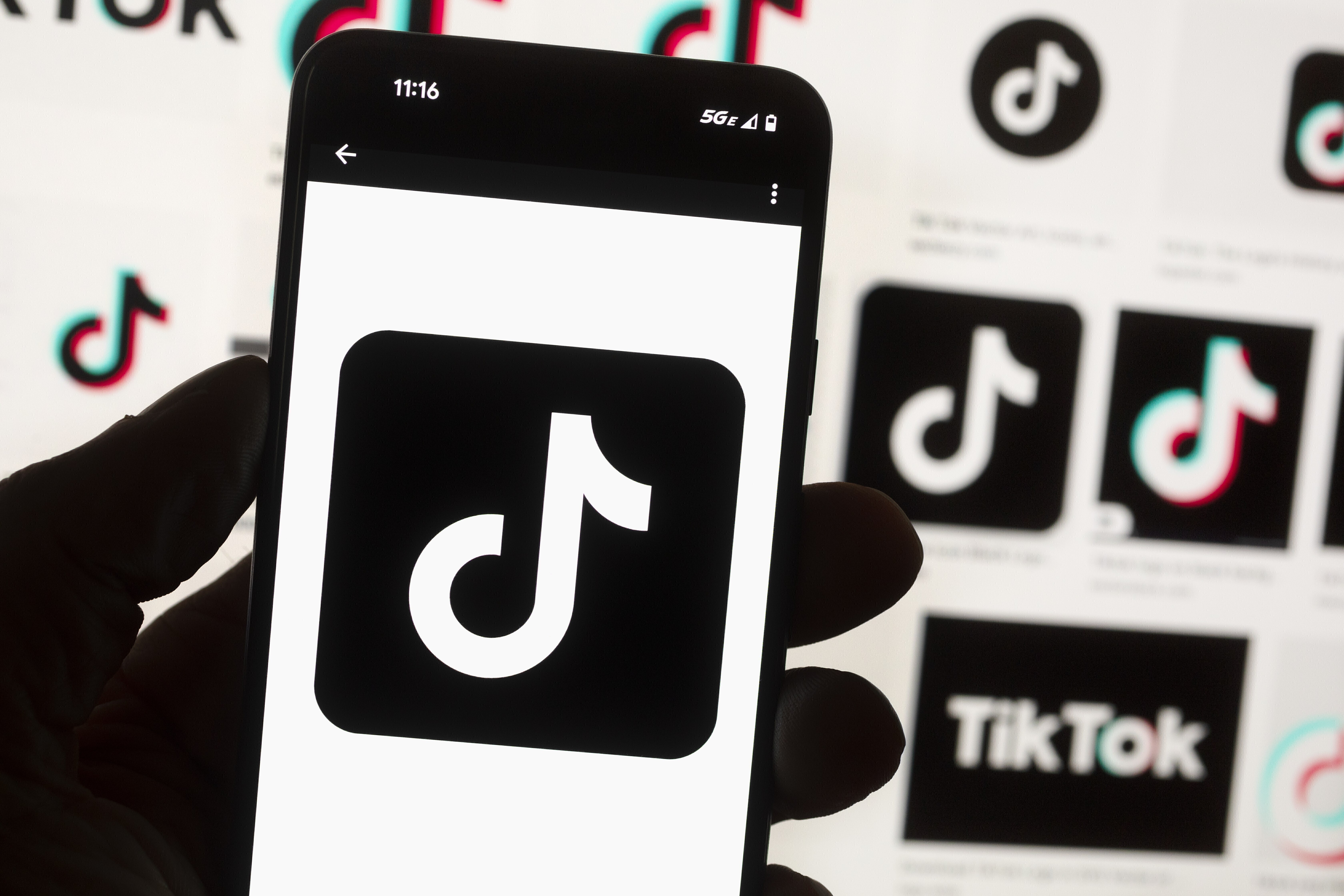 “This has already become a widespread concern — it’s not just Republicans, it’s not just Democrats,” said Rep. Raja Krishnamoorthi, D-Illinois, who joined Wisconsin Rep. Mike Gallagher and others last week. representatives to announce legislation that would ban TikTok in the United States.

“This will only gain more traction in the coming year,” he added, “unless significant changes are made to TikTok’s US operation and its ownership structure is adjusted.”

These bans are part of the escalating tensions between the United States and China to occupy technological and economic leadership globally. The Biden administration and Beijing have implemented huge national public spending programs to build technology supply chains within their borders, thereby upending decades of global trade policy in an arms race over chip manufacturing and production. of electric vehicles and batteries.

In Washington and state capitals, criticism of TikTok and other Chinese companies has become a common topic of conversation.

US officials argue that TikTok, which is owned by China-based company ByteDance and has an estimated 100 million users in the US, can share sensitive data about the location and personal habits and interests of Americans. with the Chinese government. The app is popular especially among young people. Two-thirds of American teens use TikTok, putting it second only to YouTube in popularity, according to the Pew Research Center.

TikTok has long denied claims that it shares data with Chinese government officials., and has tried to move away from its parent company. The firm points to its Cayman Islands incorporation and offices in New York, Los Angeles, Singapore and Washington DC as evidence that its service operations have a presence outside of China.

However, Washington has remained skeptical. His investigation of the app — run by an interagency group called the Committee on Foreign Investment in the United States — began during the Trump administration. In 2020, President Donald Trump tried to ban the service from appearing in the Apple and Google app stores unless the business was sold to a US company. But the federal courts stopped the ban, and Trump left office without resolving the matter.

Since then, the company has been involved in negotiations with the Biden administration to change the way the company stores and maintains access to US user data.

In a presentation in front of the Biden government and intelligence officials, TikTok detailed an elaborate plan to store US user data on Oracle servers and erecting walls that prevent ByteDance employees or Chinese government officials from accessing that data.

Brooke Oberwetter, a spokeswoman for TikTok, said in an email Monday that this plan will “significantly address any security concerns raised at both the federal and state levels,” and that the company would provide independent oversight and oversight to address concerns about its content recommendations and access to US user data.

“Politicians with national security concerns should urge the government to conclude its national security inspection of TikTok,” Oberwetter wrote. “Taking further action is unnecessary and punitive; they send a scary message to foreign technology companies that want to do business in the United States and offer globally interoperable experiences to compete with other global platforms.”

A spokesman for the Treasury Department, which oversees the app’s national security review, declined to comment. Last week, when White House press secretary Karine Jean-Pierre was asked about legislation banning TikTok on federal government devices, she refused to take a position.

I know this just happened, so we are going to allow Congress to continue with its processes in this regard”, commented the press secretary. She added that TikTok was one of many apps already banned “in the White House staff and other federal government agencies for security reasons.”

In September, President Joe Biden urged the Committee on Foreign Investment in the United States to consider whether the deals it approves have the potential to allow a foreign entity to profit from Americans’ data. The administration has also drafted another executive order that would place more scrutiny on how foreign actors can obtain data from Americans. It is not yet clear when it will air, or if it will ever happen.

Republican governors have been the most active on this issue, announcing bans on the app on state government devices. The governors of Alabama, Georgia, Idaho, Iowa, Maryland, Montana, New Hampshire, North Dakota, Oklahoma, South Carolina, South Dakota, Texas, Utah, and Virginia have announced bans in the last three weeks. Nebraska blocked access to TikTok on all state-managed devices in 2020.

Some of the rules in these states prohibit other Chinese telecom providers and apps, such as WeChat and Huawei. The measure in Maryland covers certain Russian-influenced products, such as Kaspersky, an antivirus software.

In December 2019, the Pentagon warned Army agencies about the “possible risk of using the TikTok app,” which triggered subsequent bans on the app on government devices from the Army, Marine Corps, Air Force, and Coast Guard.

Restrictions on government-managed devices can be enforced by software that imposes blocks or limits so that certain apps cannot be downloaded on official devices. The rules do not prevent a government employee from downloading the app to a personal device.

A prohibition of TikTok for all US users would face more challenges. Consumers continue to hail the app despite warnings from authorities, and they may oppose the move. In addition, the bipartisan bill in Congress restricting the use of the application raises concerns regarding the first amendmentsaid Kurt Opsahl, general counsel for the Electronic Frontier Foundation, a group that advocates for free speech.

“It implies remove a media for people who use the app as a way to introduce themselves to the world and, in some cases, express their political ideas and comments,” Opsahl explained. “A total ban is not the right solution to the problem.”