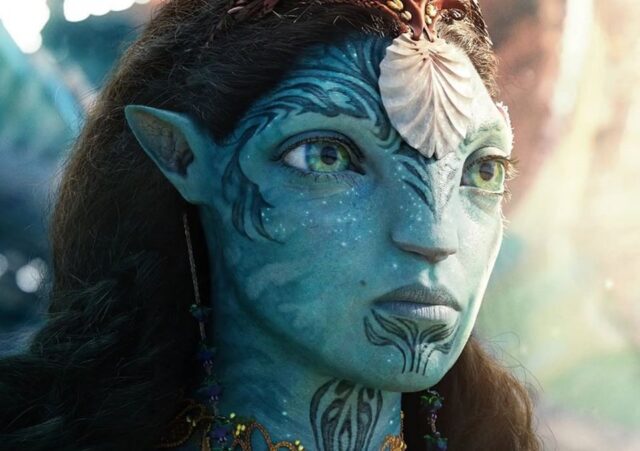 The long awaited debut of Avatar: The Path of Water in theaters, which took place on December 15th, is already bringing good results in terms of profit for the franchise. One of production’s most recent achievements was reaching the mark of US$ 48.8 million at the box office in the IMAX theater chain🇧🇷 The milestone was achieved by adding 1,543 screens and 80 countries.

The numbers make Avatar 2 the second-biggest IMAX weekend opening in history, as well as the biggest-ever debut for the month of December.🇧🇷 So far, about 11% of people who went to the cinema to see the new James Cameron film did so in IMAX theaters, according to data collected by the Collider website.

Avatar 2 was released 13 years after the first film in the franchise and tries to repeat the saga’s initial success.Source: 20th Century Studios/Reproduction

About the marriage between Avatar and IMAX, which has already worked out very well in the first feature of the saga, released in 2009, Rich Gelfond, CEO of the company, said he is very excited and praised the sequel.

“Avatar: The Way of Water is an incredible achievement in cinematic innovation and technology, and it’s clear that audiences are choosing to view the film through the best blockbuster technology in the world: IMAX. While we’re already pretty excited about these initial results, We look forward to a long road of success for Avatar: The Way of Water, as more people around the world buy their tickets to Pandora, to the epic storytelling and visual brilliance that James Cameron and his team have created,” said the executive.

In the United States alone, the film already has US$ 16.5 million in revenue from IMAX theaters alone. In countries like India, Belgium, Switzerland, Turkey, Chile, Czech Republic, Vietnam, New Zealand, Romania, Serbia and Kazakhstan, Avatar 2 already reached the milestone of the biggest debut in history on the IMAX network.

In total, the Avatar sequel has already racked up an impressive $434.5 million in worldwide earnings. Which already puts the film on a very interesting path to break records in the near future. Remembering that, according to Cameron himself, new sequels to the franchise will depend a lot on the box office of Avatar 2. So, fans are rooting for the feature to have a good performance.