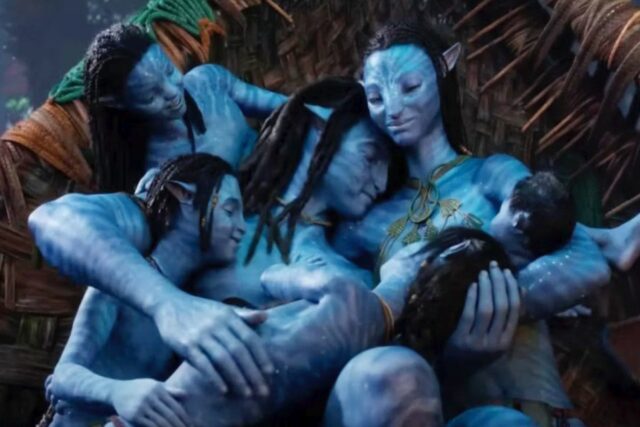 Newly released by 20th Century Studios, Avatar: The Path of Water brings a story where family ties are highlighted and shows how the fate of Jake Sully and Neytiri is followed from decisions based on the current moment of their lives.

In an interview with Screen Rant, stars Sam Worthington and Zoe Saldaña explained how this approach impacted the characters’ choices, now dedicated to protecting their children above all else.

With new responsibilities and the need to maintain leadership status as warriors among the community, the Na’vi couple face an unprecedented threat on Pandora, while also dealing with the growth of their children and the challenges of the maturation. According to the film’s stars, this proposal transforms their actions into something with more intimate meaning and puts contrasting priorities in the balance.

“I think they’re always warriors. That’s exactly what they are, whether they’re a Jarhead or the daughter of the Omaticaya clan chief. outgrown when you have kids; having kids is the biggest responsibility you can have. And you’re protecting those kids, because not only are you protecting them from getting hurt, but they’re going to want to emulate their parents,” comments Worthington. “I think that’s the baggage they’re carrying, and that’s why they run. I think Jake chooses to be a pacifist, which goes against every instinct that’s in them.”

“And when do you push and when do you pull? I feel that kind of relatable parent-child struggle, of loving them so much but sometimes realizing you’re loving them so hard that you’re holding back too much. And you have to let go. And when your son tells you ‘let me go’, what do you do? That for me was distressing”, completes Saldaña.

In Avatar: O Caminho da Água, it is presented how the struggle of the parents becomes the same struggle of the children, in order to preserve a legacy that emerges with a decisive importance for the survival of the planet. For this, decisions with no possibility of return are made, requiring that the characters find ways to combat threats where the family is not put at risk.

The sequel to Avatar is now showing in theaters.