In a press release, Apple announced that one of the most important functions of the iPhone 14, the satellite emergency call system, can be used in the United States and Canada from November 15. The announcement also indicates that the service will be extended to the UK, Ireland, Germany and France in December 2022. A new feature of the service is that, in addition to the satellite emergency call via text message, iPhone 14s are now able to share the location of the phone (and hopefully its owner) via satellite with family members or friends in the Locator application. The system does not do this automatically, the user must manually enter the Locator and then choose satellite sharing. The function is only available if there is no detectable mobile network or Wi-Fi connection near the iPhone, and the shared location can be updated manually every 15 minutes.

The iPhone system also includes software assistance for the satellite emergency call. It first tries to help the user hold the device in the right direction and then asks questions about the emergency. Based on the answers received, it transmits the most important information in a compressed message 300% smaller than the size of an average SMS via a relay center to the emergency organization, which can also signal back via the given center. The compression of the message is necessary because the data exchange takes place with low bandwidth on the satellite network, and according to Apple, the iPhone still needs at least 15 seconds to send the emergency signal. In bad weather conditions, or under a sky covered with trees, for example, the phone may even ask for more time. 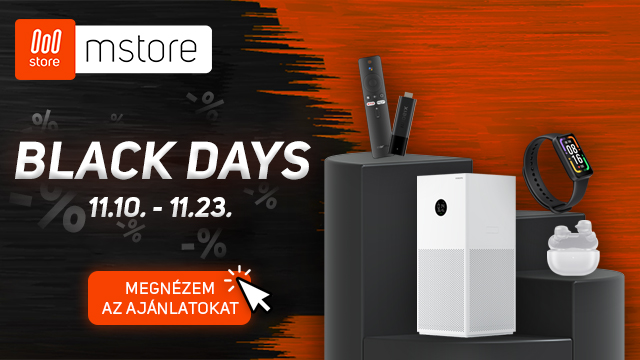 On the left is the demo, on the right is the actual situation from the interface that helps with the satellite emergency call. (source: Apple) [+]

In addition to the SOS call, the device can also transmit the health data entered in the Health application, such as information about drug allergies, to the rescue teams, so they can arrive more prepared. After the emergency call has been made and the rescue team has responded, the emergency contacts specified in iOS will also be notified of the situation via the center in a message, and will receive a transcript of the SOS situation and the location of the emergency caller. 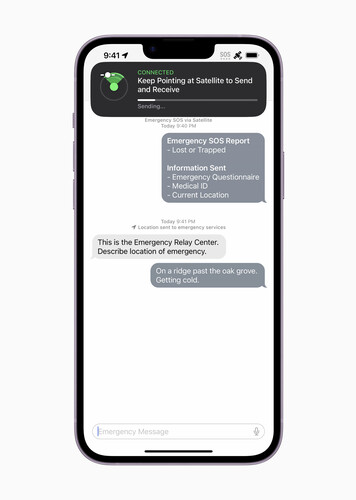 The satellite emergency call is available on iPhone 14, iPhone 14 Plus, iPhone 14 Pro and iPhone 14 Pro Max phones, it requires iOS 16.1 or newer, and with a few exceptions, it works on all phones in the countries where the service is available. Exceptions are iPhones sold in China, Hong Kong and Macau. According to Apple’s description, the feature may not be available in some locations above 62 latitude. iOS includes a demo for the satellite emergency call process, which can be found under the emergency menu item in the system settings. The service is free for iPhone 14 buyers for two years from the activation of the device, and works in English, French and Spanish. 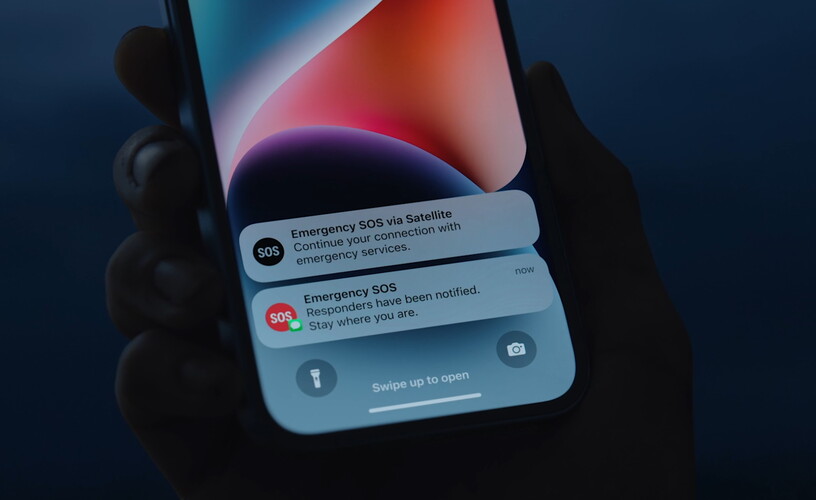 Apple will spend 450 million dollars on the satellite service this year, writes a CNBC, most of the money goes to the Californian company’s partner, Globalstar. In addition to Globalstar, Cobham Satcom, also from California, is also involved in the project. The latter develops and manufactures the ground antennas that help in signal transmission between Globalstar’s 24 low-orbit satellites, the company’s ground communication stations and iPhone 14s. In addition to the development of the infrastructure, the investment also partially covers the human resources required for the service, more than 300 Globalstar workers in the relay and contact centers will provide the human staff needed by Apple. The investment by Apple Advanced Manufacturing Fund is covered by its fund, of which it has invested 1.4 billion dollars since its creation in 2017 to support the company’s American suppliers.

Disenchanted and Terra dos Sonhos are now available on streamings