After the presentation of the new iOS 16 during the WWDC 2022 by Apple, the operating system of the next iPhone It is not yet released for company users.

However, the exclusivity in the compatibility between this type of device and the operating system is not an impediment for customers of Android can aesthetically mimic what could be seen from the next update.

That is why a developer called LuuTinh Developer created an app that simulates an iOS 16 experience on Android devices. The product, named “iOS 16 Launcher”is available in the Google Play Store and it’s pretty close to what the aesthetics of Apple’s operating system would be, including some of its basic functions.

This application is not the only one developed by Luutih, but it has many others, all related to replicating the iOS system for non-users. apple devices. Within the section of him as a developer, you can see applications such as “iOS 15 lock screen”, “iOS 15 control center”, “iOS 15 assistive touch”, among others. 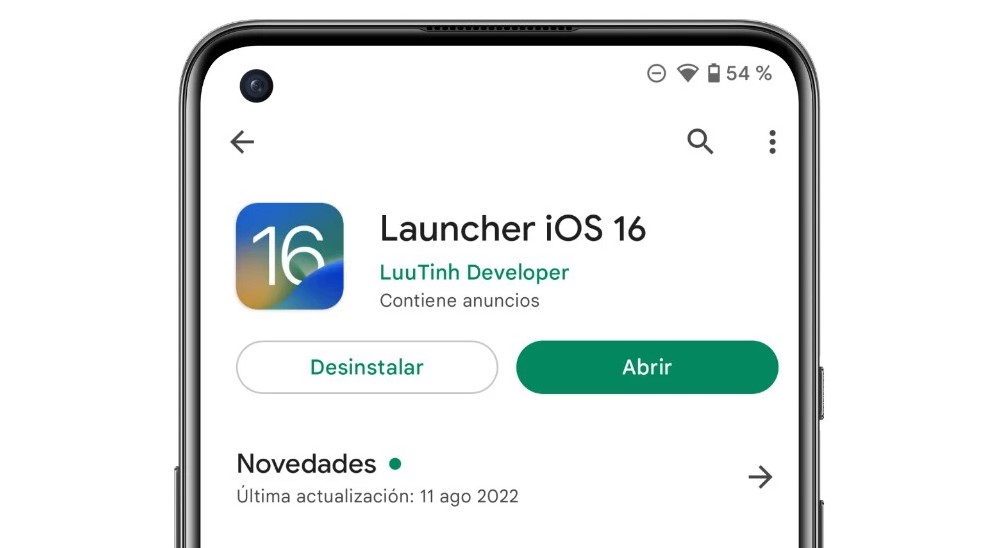 This possibility of customization for Android devices also requires the installation of other applications of the same developed, which will be added to the device so that the experience is more similar to that offered by Apple, at least in terms of aesthetics.

An important aspect that cannot be overlooked is the existence of advertising within the application, which is displayed after clicking on any of the functions of the application. main menu. Which benefits the developer economically without influencing the fluidity with which the operating system simulator is developed.

Another detail is the one regarding the distribution of the applications on the screen. Some Android devices have a difference between the home screen of the smartphone and the full list of available apps. The Launcher iOS 16 app merges and rearranges the entire app listing while it’s active.

In order for it to work properly, the application will ask users to set it as the default startup application, as well as geolocation permissions, access to contacts and photos and multimedia content of the device. To install the beta version of iOS 16 it is necessary to have more than 60% of the battery available to avoid problems during the process. (iPadize)

Beta version of iOS 16 (for iPhone)

The beta program of the new iOS 16 update is available for some Apple select devices which include models from the iPhone 8 to the most recent models that will be released in 2022.

In order to install this trial version (which could include errors in its operation), you need to consider not starting the process unless you have at least 60% of the battery in the device. iPhone.

In addition, it is important to have a backup of data that may be considered important or that can in no way be corrupted or lost. For this reason, it is recommended that install on a device not be used constantly.

Finally, it is recalled that this version of iOS 16 prior to its global launch It is designed for developers, so any malfunction or damage caused to the device due to an error will not be covered by Apple’s warranty.

Belinda boasted a private jet flight, but Nodal would have gotten her sponsorship