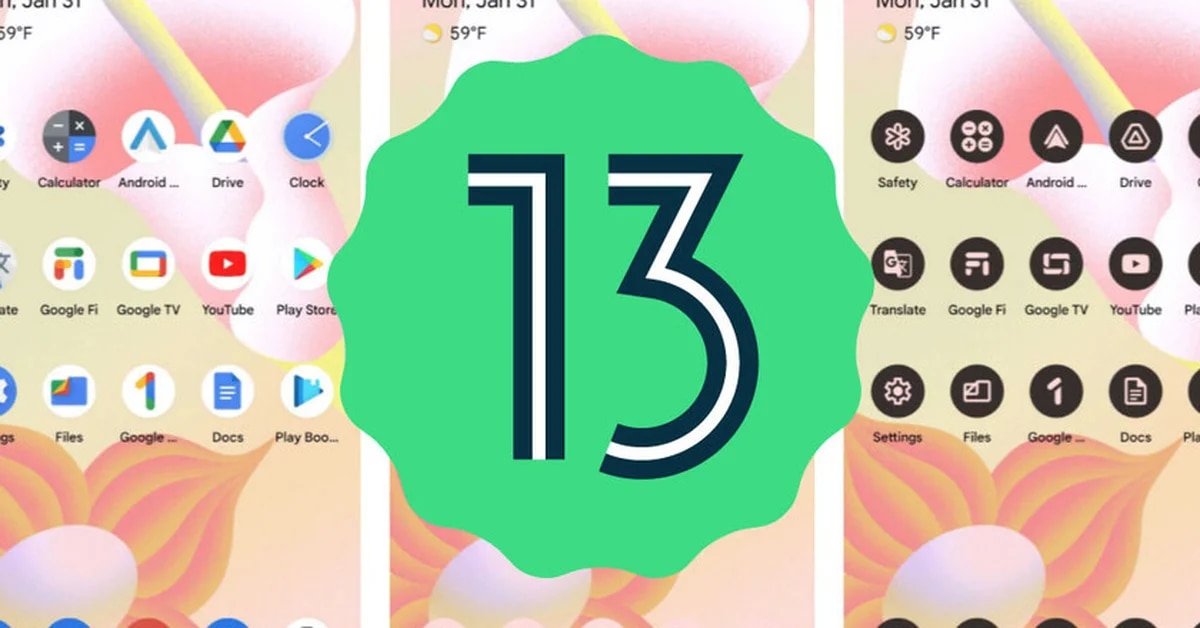 And finally, the moment that many users waited so long for. A couple of months ago, it was announced that the first preview of android 13. Today, however, the story is a bit different: the first public beta version of the operating system.

So, if there is any user who loves the technology, Google It already allows you to install this version of Android 13 on a mobile Pixel without any problem. Among them are:

Of course, do not forget that it is a development version. Therefore, when installing this first beta version of Android 13, it is most likely that errors may be encountered during your experience with the new system. If you want to protect personal data, it’s best to make sure make a backup before installing.

So if there is any user who would like to download the first beta version of Android 13, first you have to register in the Google beta program.

By registering, the platform will let you know if the device it is compatible with the available versions of the operating system. If the answer is yes, you just have to download it and register. Then, TechMarkup brings all the news:

As the first beta of Android 13, it is clear that Google has loaded it with important news. So far, it seems that many of them are focusing on the part of Privacy.

Google seems to have improved permissions for media files in the first beta version of Android 13. Now you can grant ‘sub-permissions’ to Applications so that things are not black and white.

These permits have been divided into three different sections: image, video and audio. So that it can be understood better: Until now, when an application wanted to read shared media files in the storage, his permission gave access to all kinds of media files.

So, to improve the privacy and security of users, in Android 13 you can find a new set of permissions that request access to a specific type of file:

– READ_MEDIA_IMAGES (for images and photos)

So if a music player needs to access internal storage to play the music the user wants, he will only have to authorize access to music and audio files on the device, without having to authorize it to access any media file, so starting with Android 13 music players will no longer need to request permission to access personal images and videos.

A bug report on Keystore and KeyMint

On the other hand, key store Y key mint have also been updated. both tools cryptographic they will now offer enhanced key generation capabilities. This novelty is dedicated for developers generating keys.

This concept is somewhat more technical even for methods used for generating data. keys, signatures and encryption that can be modified through that new class.

The best type of audio suits a song

It is true, many of the novelties of the first beta 1 of Android 13 are directed by the most technical fields. It is something that can be logical and is still a positive point for a finer and more optimized operating system.

In this case, it is so that apps can identify where the audio will be routed, Google has added a new series of APIs in the class AudioManager.

So, so that it can be understood, these APIs serve to determine the best audio format for a track or song to play on the smartphone.

Other details about Android 13

The new version of Android 13 arrives with a more polished graphic appearance. Google has managed to make the system icons match the aesthetics of MaterialYou that the new update brings.

Alternatively, users can hide notifications before they arrive. Until now, it was possible to disable notifications from any app, but they weren’t technically a permission. It has been seen that the new permission will appear in the Android settings and in the information section of any application.

Therefore, as of Android 13, apps will need to ask for permission to send notifications before they can do so. Now it is known that the window to be displayed gives only two options: Allow or Deny. There are no middle options.

It should be noted that this is not the final version of the operating system. In the event that a user decides to install this first beta of Android 13, it is possible that the experience will not be pleasant at first, due to multiple errors. However, with time it will improve.