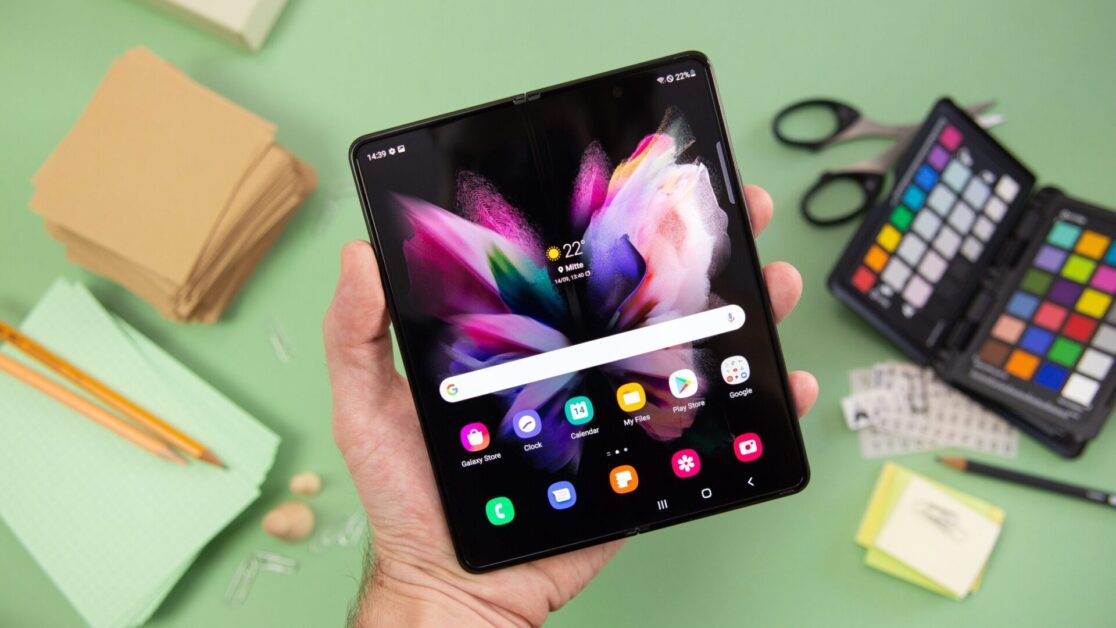 Android 12L should finally optimize Google’s operating system for large screens! Google has already announced new functions that look promising for tablets. On this page we summarize everything about Android 12L up to the launch.

Operating the new Pixel 6 Pro is quite a challenge for someone with little fingers like me! But that goes for most modern flagships that strive to offer the largest possible displays. Samsung has even gone so far as to make displays foldable to fit as much of the screen as possible into a phone.

Ok great! Now we have even bigger screens in our hands. What should we do with it? There is so much space for multitasking, but Android still stinks pretty badly. Because Android 12 was previously designed for the limited screen sizes that fit in one hand, and that has marred the experience of handling a larger device. Everything just looked bigger and stretched out on tablets and “phablets“.

Google is aware of the possibility of making our lives better and is launching a number of new optimizations in the form of Android 12L early next year.

In this update there will be some new tricks for users with which they can get the most out of their larger devices. These optimizations are aimed primarily at those with larger smartphones, such as the Google Pixel 6 Pro, the Samsung Galaxy S21 Ultra and the Samsung Galaxy Z Fold 3, as well as tablets.

Google offers us a nice glimpse of what’s to come with the new update on its developer website. Some of the features may seem like small, incremental improvements on their own, but taken together they represent a significant upgrade to the user experience on large screens.

The three main pillars of this endeavor are optimization of the user interface, better multitasking and improved compatibility.

The last point is the most important in my opinion: Unfortunately, most applications are not and probably never will be optimized for large devices. As long as there is no paradigm shift and consumers stop switching to flip-flop-sized phones, I don’t see any compelling reason for most developers to offer a better experience anytime soon.

Android 12L will bring visual improvements to these apps, such as better display and stability. And at the same time, it gives device manufacturers the opportunity to fine-tune the compatibility mode for their individual devices. Custom window proportions, rounded corners, and the transparency of the taskbar are some of the visual improvements to be expected.

Optimizing for larger screens can help use the available space in a minimal but very intuitive way.

Google will focus on this in Android 12L and make slight changes to the drop-down notification bar. Now the area of ​​the screen is better used by two columns, with quick settings on one side and notifications on the other. In this way, users can access all functions with just one swipe.

But that’s not all: Google is also optimizing the lock screen to show more information for clocks and notifications. Security is also improved by moving patterns and pin controls on tablets closer to the side of the display. In the case of foldable devices, the process of folding in and out becomes smoother thanks to better transitions from the outer to the larger, inner screen.

With the new Android 12L, you can use the additional space on your devices for even more multitasking than before. The tech giant improves these functions with a new multitasking taskbar that enables quick switching between apps. With a simple gesture, you can add and swap multiple apps on your screen.

There are other practical functions, such as the ability to move apps using drag and drop. There are also gestures with which you can quickly navigate back to return from the split-screen or hide the taskbar.

As a nice plus, Google also adds the ability for Android 12 users to use any app in the split-screen. Finally regardless of whether it can be resized or not.

Android 12L: Developers are already experimenting with it

It’s obvious that Google really wants app developers to get involved and optimize their apps for bigger screens. You are therefore encouraged to test your apps in split-screen mode and optimize them accordingly for the upcoming update.

Google offers a variety of tools to help developers get going by 2022, and it will be interesting to see what they come up with. A practical emulator is already available for Android 12L that demonstrates all expected changes in the optimized screen area.

Which functions would you like for Android 12L? And do you think the L version can still save the rather complicated position of the Android tablets? Let me know in the comments!