The processor market is in turmoil and this 2022 has already reserved interesting news, the latest in order of arrival that of yesterday relating to the Intel Core 12th gen HX mobile processors . Today, however, we are talking about AMD and the long-awaited Zen4 CPU architecture which, as confirmed by several sources, identifies the next generation of Ryzen 7000 processors in its various mobile, desktop and workstation versions. The latest rumors from the network refer precisely to the workstation segment, let’s talk in detail about the next generation Ryzen Threadripper processors which, like the desktop variants, will probably resume the acronym 7000 (at least hopefully, to at least avoid confusion). 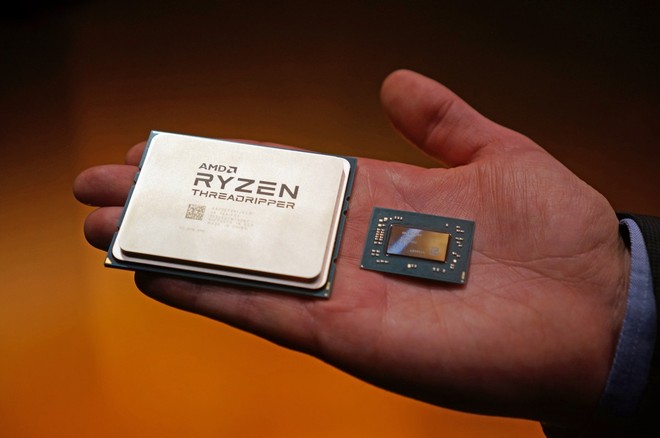 After the semi-denial arrived for Intel with the latest rumors about Alder Lake-X , now it’s the turn of AMD which, if confirmed, would plan a series of workstation processors that are impressive to say the least, not only because of the architectural innovations. which will bring Zen4, but also for the density of the number of cores. In fact, it seems that the Ryzen Threadripper 7000 will offer configurations that on the top of the range will reach 96 cores , or rather 192 logical threads thanks to SMT technology.

AMD should basically use Genoa chips (EPYC), therefore always built with a 5nm TSMC node, thus increasing the number of cores by 50% compared to the current Threadripper PRO 5000 WX . Reiterating that we are still on the level of indiscretions, but it remains to be finally understood whether AMD will maintain its current approach only with the Threadripper PRO series or if it will change its strategy by also proposing non-PRO processors for the consumer range HEDT “High-End Desktop”, a lot will depend in our opinion on the moves of the competitor Intel.

Android users can no longer buy e-books from Amazon