The CES 2022, which we recall will take place almost exclusively in virtual form from 5 to 8 January, will also see AMD among its protagonists who, with the now-classic keynote by CEO Lisa Su, will announce the long-awaited Ryzen 6000 Mobile “Rembrandt “and, it is rumored, new GPUs always for the notebook segment. As per tradition, the Sunnyvale company has remained quite buttoned up on the technical specifications of the new products which, at the same time, have been the subject of various rumors in the last few hours. 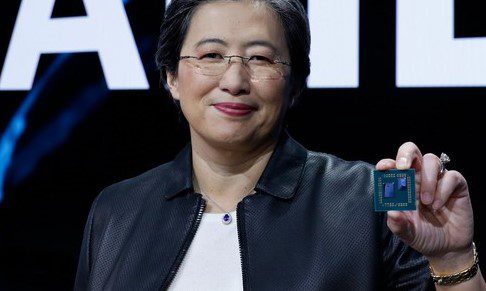 According to colleagues at wccftech , AMD will unveil the Ryzen 6000 range of APUs along with at least one new Radeon 6000 GPU, again aimed at the high-end gaming notebook market. The US manufacturer is expected to announce the three top of the range Ryzen 9 6980HX, Ryzen 9 6900HX and Ryzen 7 6800HX which, in addition to using the 6nm Zen 3+ cores, will also come with an integrated GPU based on RDNA2 architecture.

The Ryzen 6000 H series will have a base TDP of 45 watts (programmable and unlocked on some HX models), with configurations up to 8 cores in the high-end models; the top of the range will apparently be the AMD Ryzen 9 6980HX, an 8 core / 16 thread chip that should be the first Ryzen to guarantee a boost frequency of 5 GHz. The Rembrandt platform will also support DDR5 memories (4,800 MHz), while regarding the integrated graphics chip, the new iGPU should be called Radeon 680M (we have no other details about it).

Remaining in the GPU field, the CES 2022 could be the ideal launch showcase for the Radeon RX 6850M XT, a refresh of the Radeon RX 6800M announced in June which, according to what reported, will be much more efficient (maximum TDP of 175 vs 230 watts) while maintaining the same technical specifications.

Radeon RX 6850M XT will be equipped with a Navi 22 GPU (40 Compute Unit) and 12GB of GDDR6 VRAM on a 192-bit bus; in terms of speed, on the other hand, it seems that, while maintaining the same chip, the RX 6850M XT will guarantee a performance increase in the order of 10-15% (probably thanks to higher clock rates).

Towards a Nvidia GeForce RTX 3080 Ti for laptops