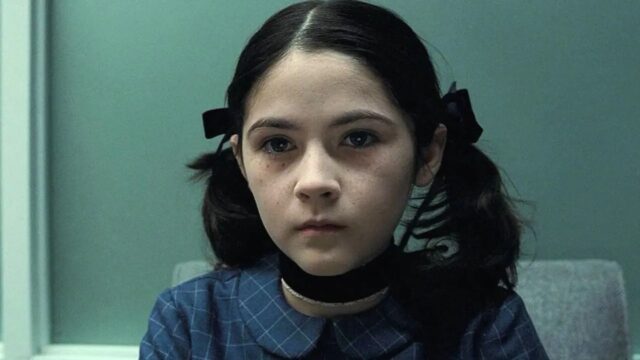 Amazon Prime Video released the full list of releases coming in january 2023 on the platform. The month has some highlights, such as the premiere of the second season of the animation The Legend of Vox Machina and the series hunters. Among the films, the highlight is dand Orphan 2: Inception. Check out the complete list of January premieres on Amazon Prime Video below.

A family of vampires will try to take back the city they built and dominate those who wronged them.

An ex-Marine must fight his conscience and code of honor when he’s forced to do things for the mob.

Leena, on the run from an asylum, travels to America, usurping the identity of a family’s missing daughter. However, life as “Esther” pits her against a mother who will do anything to protect her family.

Task Force X targets a powerful mystical object that they must risk their lives to steal.

A group of workers on a remote Scottish oil rig must return to the mainland when a mysterious fog envelops them and supernatural forces take hold.

After World War II, Harry Haft is a boxer who fought other prisoners in concentration camps to survive. Haunted by memories and guilt, he struggles to find his first love.

An emotional story about a unique set of triplets, their struggles and their wonderful parents.

A high school boy who ran away to Tokyo befriends a girl who seems able to manipulate the weather.

Arthur Curry, the human heir to the underwater kingdom of Atlantis, tries to stop a war between the ocean and land worlds.

A diverse group of Nazi hunters living in 1977 New York City discover that hundreds of top Nazi officials are conspiring to create a Fourth Reich in the United States.

Debbie Ocean assembles a team of women to attempt an impossible heist at an annual Gala in New York.

A fourteen-year-old foster boy can transform into the superhero Shazam.

While babysitting Ed and Lorraine Warren’s daughter, a teenage girl and her friend unknowingly awaken an evil spirit in a toy.

What would you do if you could travel into your loved ones past, heal their traumas, solve their problems and turn them into the perfect partner?

When the gigantic Kong meets the unstoppable Godzilla, the world watches to see which one will become King of the Monsters.

In a desperate attempt to pay off a mounting bar tab, a band of misfits find themselves on a quest to save the kingdom of Exandria from dark, magical forces.

A man investigates the city’s criminal underworld while evading the authorities in a race against time to find his ex-wife, who has mysteriously disappeared at a gas station.

A former rodeo star and horse breeder takes a job to take a man’s young son away from his alcoholic mother. On his journey, the knight finds redemption by teaching the boy what it means to be a good man.

A couple’s extravagant wedding is hijacked by criminals. In the process of saving their families, they rediscover why they fell in love.

The project is described as an action epic revolving around the world of international espionage.

An ordinary family faces unpredictable circumstances triggered by a mysterious phone call that puts them in a terrifying situation.