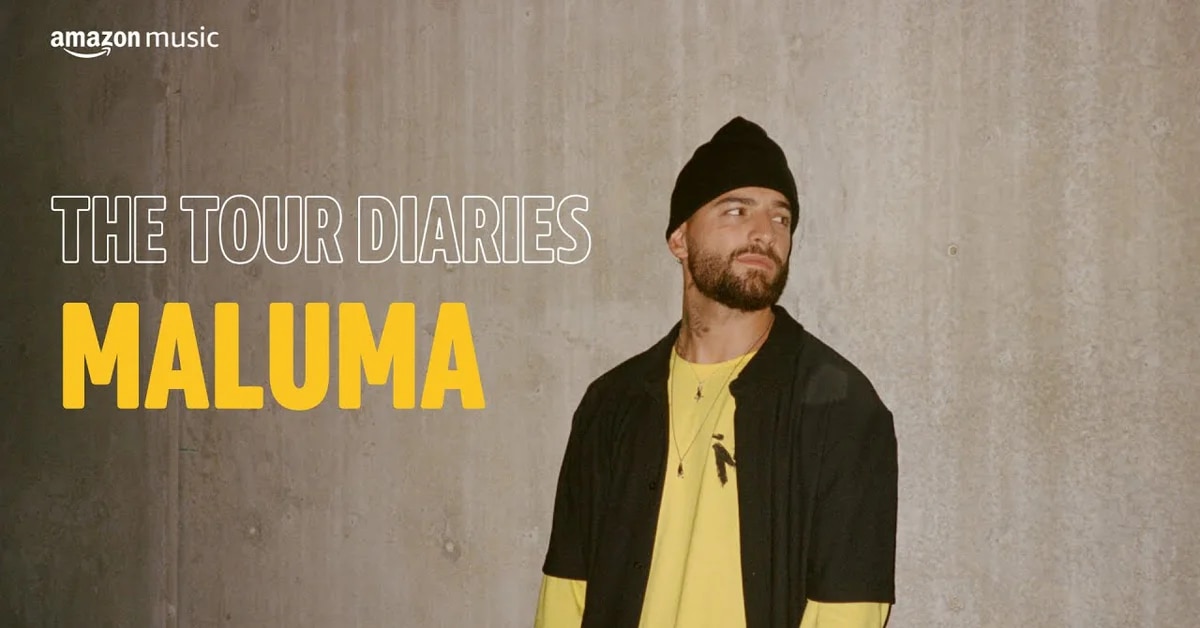 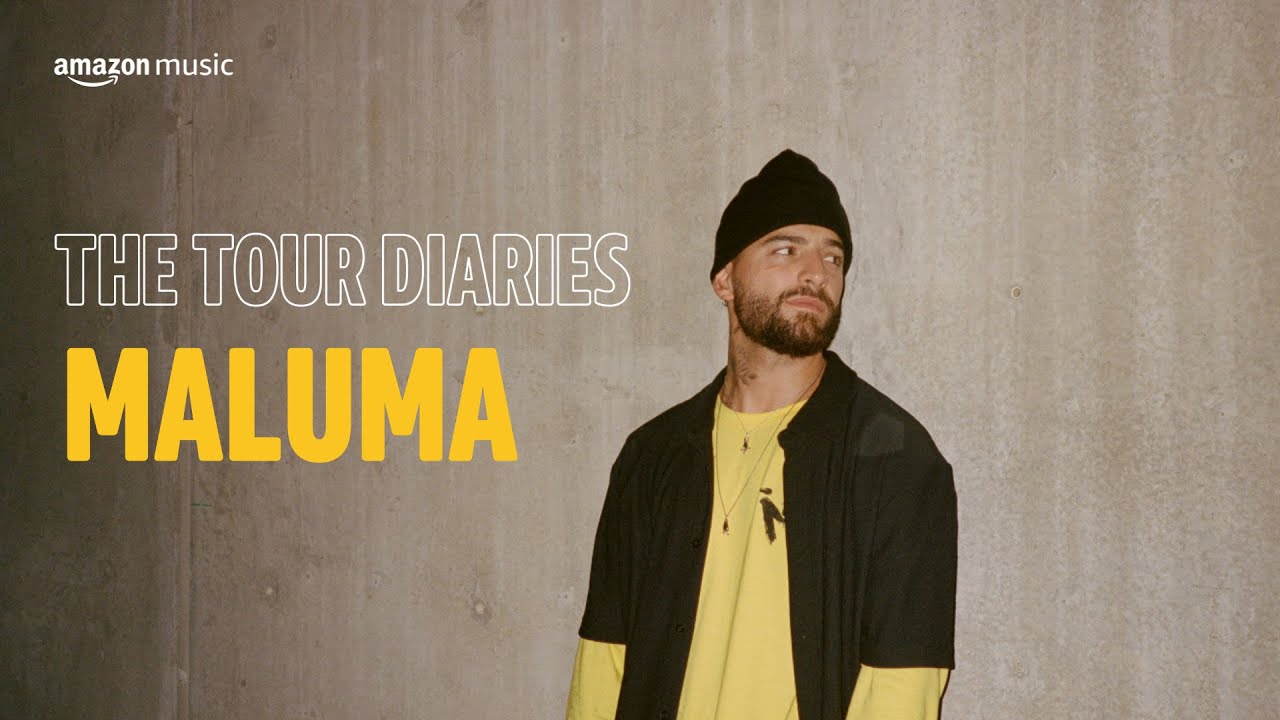 But today Amazon Music today exclusively launched the new EP: Medal On The Map, recorded live during the aforementioned concert of the Colombian musical idol, at the Atanasio Girardot stadium in Medellín, his hometown. The EP is available exclusively on Amazon Music and includes the songs: ‘Felices los 4,’ ’11PM’, ‘ADMV’, ‘Sober’, and ‘Acá entre nos’, in collaboration with pipe good Y Firm group.

“We couldn’t be more excited to give Maluma fans from around the world a front row seat to this great local entertainment event,” he said. Javier Balmaceda, head of Originals for Argentina, Colombia and Chile for Amazon Prime Video. “Since day one, Prime Video has prided itself on bringing local stories to global audiences, and together with Amazon Music, we’re bringing users a global stage with some of the biggest names in music today.” 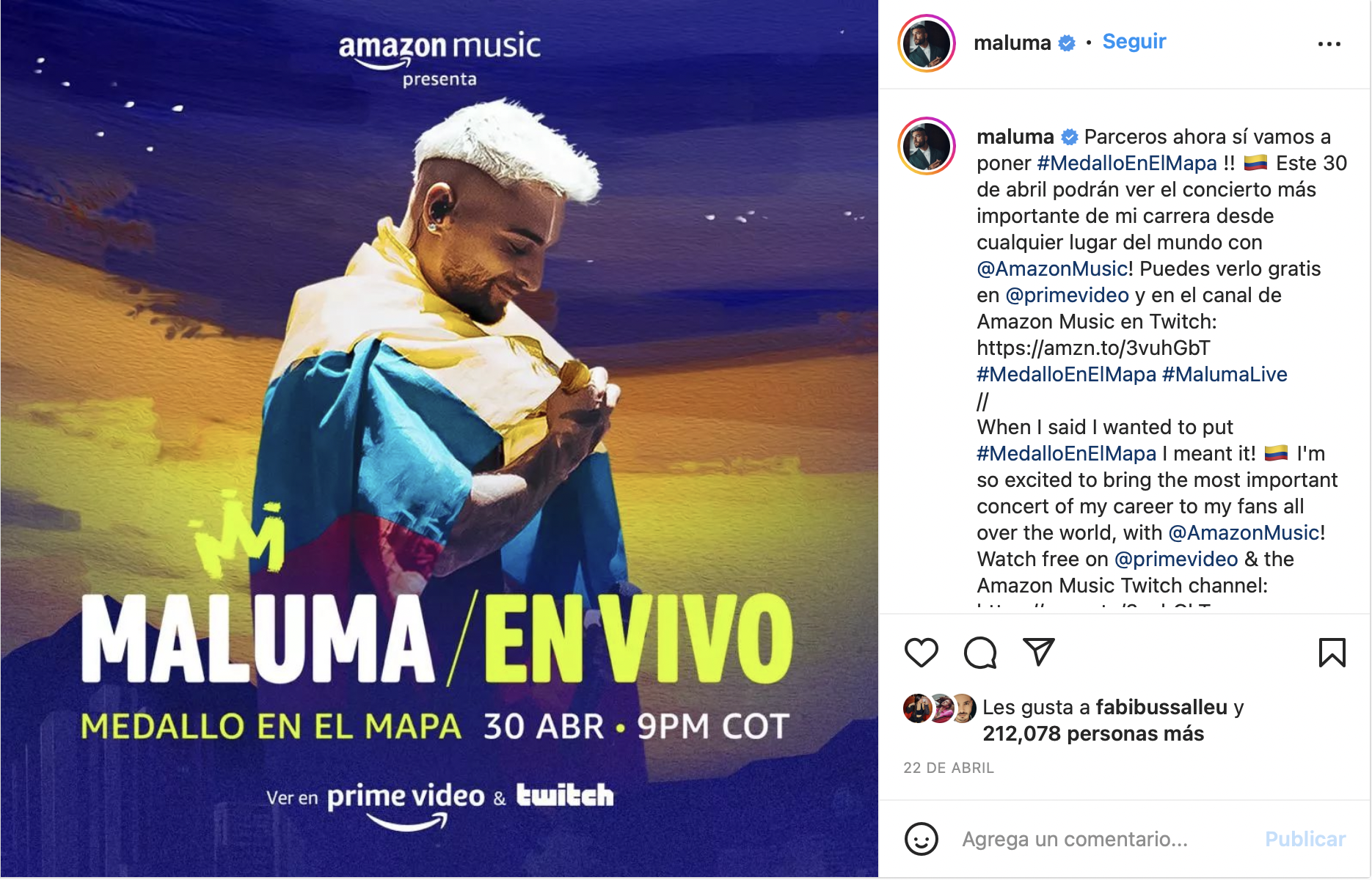 “Partners, now we are going to put #MedalloEnElMapa! This April 30th you will be able to see the most important concert of my career from anywhere in the world with @AmazonMusic!”, wrote the Colombian artist Maluma a month ago in Instagram to announce that your concert will be available on the streaming platform.

“It is a great honor and joy to bring this live concert experience from my hometown of Medellin to my fans around the world through Amazon Music and Prime Video. It feels very gratifying to think that I started in Medellín and reached the world stages, and that through this live broadcast on April 30 I will bring Medallo to the whole world”, shared the artist on April 22.

A trip to learn about the performance of Maluma’s concert

The video series is also available from today The Tour Diaries, that will take fans to a intimate tour of Maluma’s iconic concert recording. The first episode of The Tour Diaries with Maluma was directed by Gunner Stahl, recognized for his photographs of some of the most important hip-hop figures of modern times.

“Maluma is truly a global music icon who continues to break boundaries. We couldn’t think of a better way and time to connect with his fans around the world.” Rocío Guerrero, global head of Latin at Amazon Music and added “thanks to the incredible potential of Amazon Music, we can offer fans a unique experience, so that they can share these historical moments with their favorite artists, even if they are not present at the concert. This is just the beginning, with a lot of desire to continue surprising Latin music fans.”

Fans can relive Maluma’s concert: Medallo en el Mapa with the new Amazon Live: Medal on the Map EP here, as well as a new video of The Tour Diaries Y buy limited edition music merchandise from the concert at the Amazon Music Maluma Merch Shop .