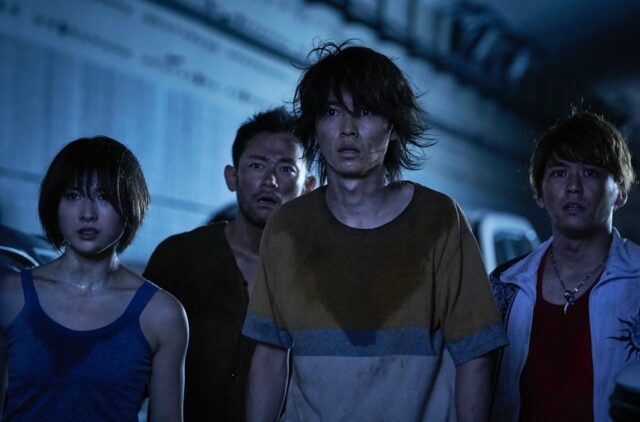 It’s tomorrow! Finally, Alice in Borderland season 2 will premiere on Netflix this Thursday (22) and is already making fans very anxious about what’s to come. Remembering that the first part of the series premiered in 2020, that is, viewers had to wait about two long years to return to the universe of the Japanese series.

But, ahead of the premiere of Alice in Borderland season 2, one question: do you remember what happened in the first year? If the answer was negative, don’t worry, because we made a summary with the main points of the work for you to remember; check out!

What’s happened in Alice in Borderland so far?

As we well know, our hero, Arisu (Kento Yamazaki), accompanied by his friends Karube and Chota (Keita Machida and Yuki Morinaga, respectively) suddenly wake up in a parallel and deserted Tokyo, except for a few other people who are scattered around the city. City.

The trio soon discovers that Tokyo has become one huge gaming arena and that all survivors in the region must play deadly matches to stay alive. If not, they die anyway, even if they don’t play.

Gradually, the trio understands the situation better and discovers that the games have different difficulties and modalities, according to the playing cards they represent. Throughout the narrative, other interesting characters also appear, such as Chishiya (Nijirô Murakami), Usagi (Tao Tsuchiya) and Aguni (Sho Aoyagi).

In one of the episodes, during a complicated and dangerous game, Karube and Chota die, leaving Arisu alone, at first. However, the young man joins Yuzuha Usagi and both form a strong duo in the struggle for survival and the search for answers. After all, until then, the characters have more questions than answers.

Behold, Arisu and Usagi find a place called “The Beach”, where other survivors take shelter and take turns in the games. There, the objective is simple: to conquer as many cards as possible, as they believe that, by completing the deck, they can escape that alternate reality.

Alice in Borderland season 2 will have 8 episodes filled with new games and mysteries.Source: Netflix

However, Usagi and Arisu are involved in a scheme set up by a group within “A Praia”, which intended to steal all the cards already conquered. The duo is used as a scapegoat and is wrongly framed. As a result, they have to go on the run and prove their innocence.

In the end, we also discover that Asahi and Momoka are some of the “dealers” in the games. Usagi and Arisu even find footage of the two putting together various game schemes. Which leads the duo to a huge control room, where all participants are monitored. In the final scene, the two are greeted by the voice of one of the game masters, who is called Mira.

Now, it’s up to Season 2 of Alice in Borderland to dig even deeper into the narrative and reveal new hints for fans to understand what’s going on.

Remembering that the new year will have 8 episodes, which will become available tomorrow (22) on Netflix.