Robot with tentacles instead of pincers. (photo: Harvard John A. Paulson School of Engineering and Applied Sciences)

They create a hand robot which can pick up any object, even a very delicate one, thanks to its tentacle-like filaments. And of course there are currently many robots in the industrial segment, many in assembly lines or in warehouses that make life easier for people, but unfortunately these robots have a technology that prevents them from grasping or manipulating soft objects or heavy handles.

Fortunately, the technology and the artificial intelligence have advanced by leaps and bounds, and now scientists have succeeded in creating a soft robotic hand which has a series of filaments instead of pincers, inspired by other living beings such as jellyfish.

This new technology, based on the latest artificial intelligence, is not the future, but the present, and was implemented by engineers from the Harvard John A. Paulson School of Engineering and Applied Sciences (SEAS)who can easily collect types a plant or even a fragile glass tube.

How is the new robot with filaments instead of tweezers

For inspiration for this type of robot, as mentioned above, they looked to jellyfish, but also to the future. So instead of claws, this robotic gripper has a series of bristles that can grab and lift objects by catching them in rubber pneumatic tubes.

These filaments hang freely from the joint while the user or a computer algorithm can control the device on any object. When these fibers are activated, they contract and are able to entangle and lift an object much like a jellyfish catches its prey, and when the tubes relax, the object falls and is released.

This new robotic gripper requires many filaments to work, some very weak and some stronger depending on the target object.

This robot with tentacles is capable of lifting fragile things

In which areas would this robot be used

The good thing about this technique is that it does not require programming or a complex algorithm like other robotic grippers.

“Entanglement allows each highly compatible strand to fit locally to a target object, leading to secure but smooth topological understanding that is relatively independent of the details of the nature of the contact,” says SEAS Professor of Applied Mathematics, L. Mahadevan.

They want to focus this new robotic technology on various practical applications, from farming until the warehouse management. 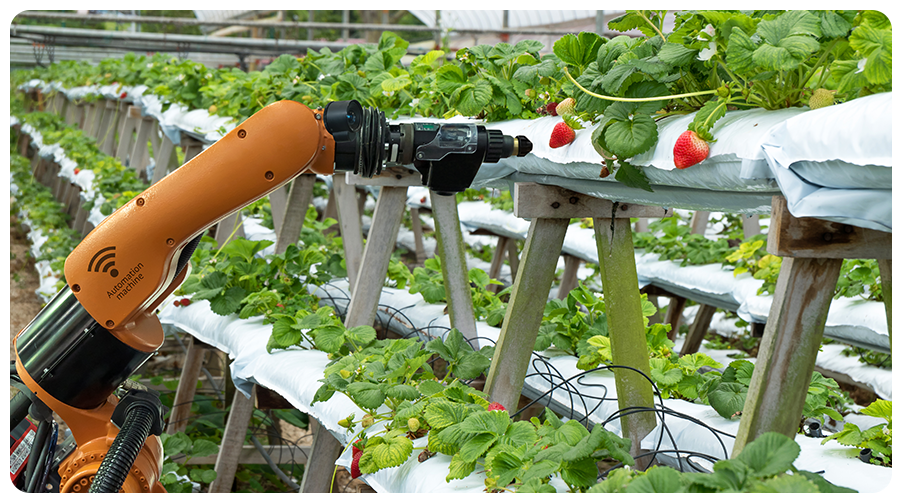 Illustrative image of a robot in agriculture. (photo: Bancolombia)

Saildrone Explorer SD 1078, a robotic surfboard, approached the heart of Hurricane Fiona on September 25 in Canada, in order to capture the best moments of the cyclone and obtain more data to investigate this phenomenon.

To do this, the robot had to master the powerful ocean motion of a hurricane observed in the Atlantic, which had a category 4 swell of up to 15 meters and winds of up to 160 kilometers per hour.

Robot captures Hurricane Fiona from inside

The NOAA (National Office of Oceanic and Atmospheric Administration, its abbreviation in English) and saildronethe company responsible for the design and manufacture of unmanned navigation drones, decided to test with Hurricane Fiona the robot SD 1078 and the images, as you can see, were surprising and terrifying.

After obtaining this data, it has been possible to understand how the oceans transfer their heat and energy to these types of storms. Remember that ocean water masses above 26 degrees are an ideal incubator for hurricanes, and scientists still have a lot to learn about the factors that influence this.

10 movies to watch as a couple and have fun

The Huawei Pocket S was introduced