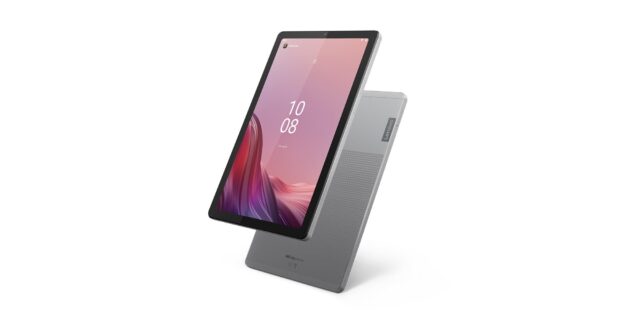 Lenovo is expanding its portfolio with a new affordable tablet in February 2023 on the European market. THE Lenovo Smart Tab M9 it has a larger display and a more powerful processor compared to its predecessor, and its price will start at 159 euros. We do not yet know official European prices, based on the price given in euros, including taxes, we can count on a starting price of around HUF 75 – 80 thousand.

At 215.43 x 136.76 x 7.99 millimeters and 344 grams, for our money, the Tab M9 offers a 9-inch diagonal IPS LCD panel with a resolution of 1340 x 800 pixels (176 ppi), a 60 Hz refresh rate and a maximum brightness of around 400 nits. The display is surrounded by a symmetrical frame, and the back panel is a gorgeous metal in gray or blue. The tablet has a 5100 mAh battery, which comes with a 10-watt USB-C charger in the box, but the battery can also be charged with 15 watts. According to the manufacturer, the tablet can play 13 hours of continuous video on a single charge. 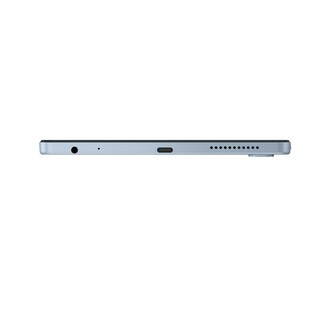 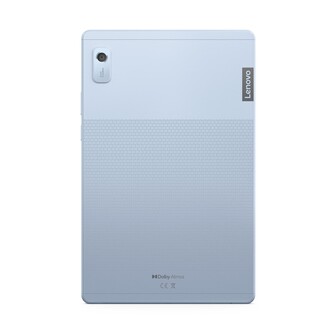 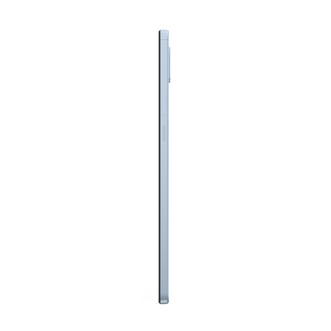 The center of the hardware is the MediaTek Helio G80 system chip. We already had luck with the chip using two 2 GHz Cortex-A75 cores and six 1.8 GHz Cortex-A55 cores in the CPU and the Mali-G52MC2 GPU in the third-generation Lenovo Tab M10 and the Realme Pad also in tablet. The performance of the SoC is nowhere near a world champion, and it is also quite an old chip, but it can still perform the basic tasks and is a big improvement compared to the MediaTek Helio P22 used in the previous generation Tab M8. The Tab M9 can be configured with 3 or 4 GB of LPDDR4X RAM and 32, 64 or 128 GB of eMMC 5.1 storage. 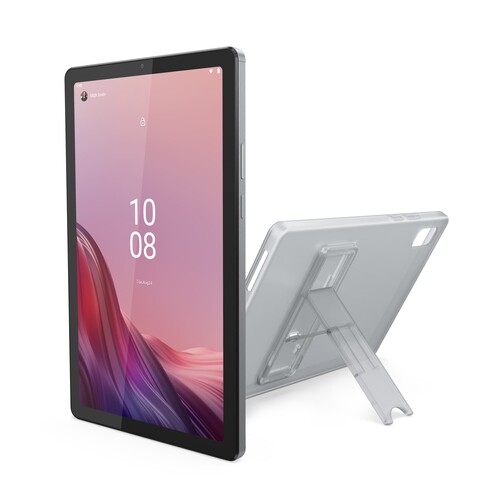 A transparent bumper is also available for the board, which can be purchased separately. (source: Lenovo) [+]

There is an 8 MP autofocus camera on the back, and only a 2 MP camera unit for video calls and 2D face recognition on the short side of the frame. The storage space can be expanded with a microSD card, the device has a 3.5 mm headphone jack in addition to the 2.0 USB-C connector, as well as Bluetooth 5.1, a 4G/LTE network modem and Wi-Fi 4 (802.11 b/ g/n). There is no fingerprint reader, the board can be protected with a password or facial recognition. Content consumption is facilitated by L1 security level and two speakers, in addition to which Dolby Atmos support is provided. A transparent case and a case that can be opened like a book are also made for the machine, these can be purchased in a package with the machine, but they are not standard accessories.