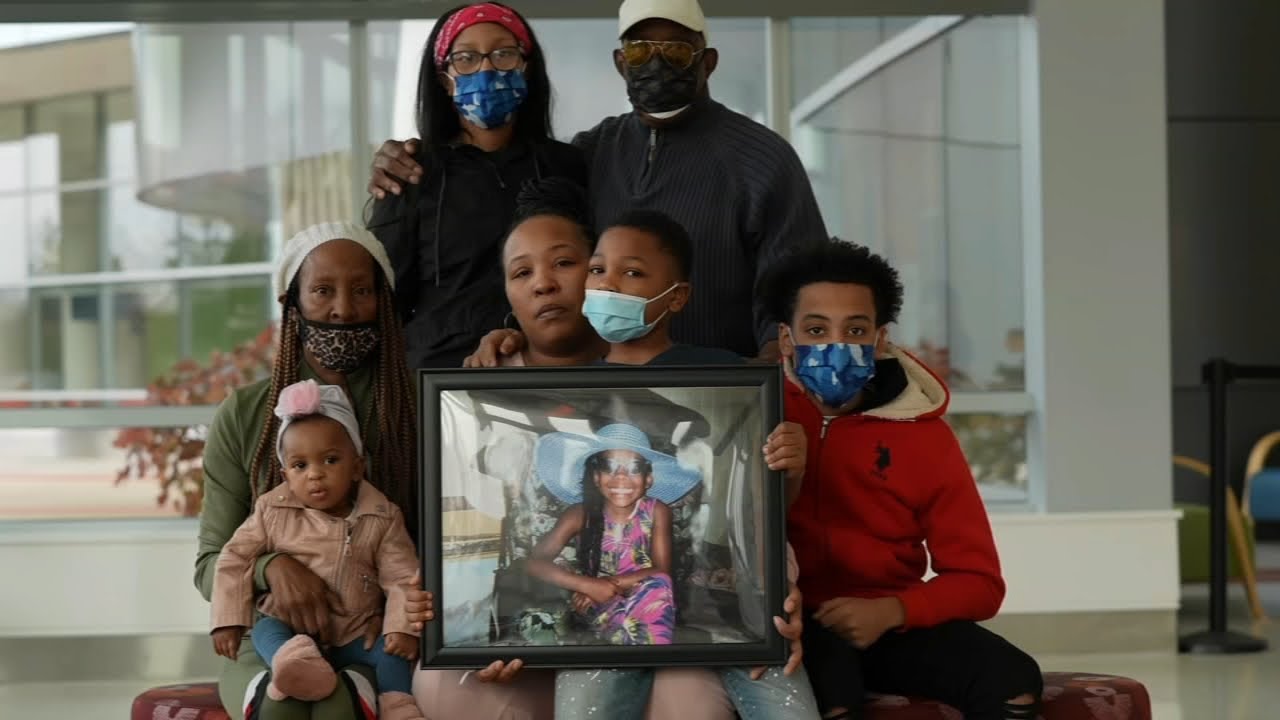 The family of Nylah Anderson, a 10-year-old girl who died doing the viral challenge, is asking for justice for the little girl and suing TikTok so that similar cases do not happen again.

A viral challenge that TikTok has taken is leaving a trail of death in its wake, dozens of children and adolescents who have participated in the so-called “#BlackoutChallenge” (Challenge of the blackout or fainting).

Last December, 10-year-old Nylah Anderson became one of those victims, and now her mother, Tawainna Anderson, has filed a wrongful death lawsuit against TikTok for allowing the old schoolyard game to become popular again on its platform, and wants others to be able to do the same.

To compete in the online challengethe participants drown until they lose consciousness. Although the so-called “game” dates back to the early 20th century, Tawainna Anderson’s lawsuit alleges that it is grossly irresponsible and ultimately reckless for TikTok to allow such videos to proliferate online now.

“Tragically, Nylah Anderson is just the latest in a growing list of children killed as a result of the TikTok Defendants’ app and algorithm,” says the lawsuit, which was shared with US media such as VICE News.

The lawsuit was filed against TikTok and its parent company ByteDance, Inc. in a US district court last Thursday.

It is unclear how many young people have died participating in TikTok specifically, But at least 82 children and adolescents between the ages of 6 and 19 have died playing, according to a report from the Centers for Disease Control and Prevention. In 2021, at least four children, including a child from Bethany, Oklahoma, last July, have died worldwide, according to the lawsuit.

Since the wave of child deaths last year, TikTok no longer allows users to find gaming-related content under the #Blackout hashtag.

TikTok claimed in response to a request from NBC News that it is not responsible for creating the deadly trend.

“We remain vigilant in our commitment to user safety and would promptly remove related content if found,” the company told the outlet. “Our deepest condolences to the family for their tragic loss.” Little Nylah Anderson died doing the “BlackoutChallenge” which consists of suffocating until she loses consciousness.

On December 7, 2021, Tawainna Anderson discovered her unconscious daughter in her closet. After several attempts at cardiopulmonary resuscitation and being rushed to the hospital by emergency services, the girl was admitted to the ICU. Five days later, Nyla had succumbed to her injuries.

The lawsuit argues that TikTok’s algorithm, which is meant to show content users want to see based on their demographics, determined Nylah would be interested in the challenge and shared videos on his page: “Only for you”.

“Nylah was my daughter, but she could have been the son or daughter of anyone who was drawn to what they see on social media.”Tawainna Anderson said in a press release. “We cannot allow what happened to Nylah to happen again.”

Tawainna Anderson is asking for monetary compensation for her loss, as well as the right of anyone who has lost a loved one to these kinds of challenges to the ability to sue as well.

The lawsuit cites a number of dangerous viral challenges that have popped up on the social networking service in recent years, including the “Fire Challenge”, in which users are immersed in a flammable liquid and set on fire, and the popular challenge Milkcrate in which participants attempt to climb a stack of flimsy stacked boxes without falling off. The girl’s mother invited other parents to join the lawsuit and raise awareness about these dangerous viral challenges.

However, The Blackout Challenge predates TikTok. The so-called “game” dates back to the 1930s, according to Games Adolescents Shouldn’t Play, or GASP, an organization founded in 2005 specifically to raise awareness of the dangers of gambling. It’s been called many names over the years, including “flatliner,” “California High,” and “the choking game,” but it’s always been done the same way.

Year after year, these old challenges go viral and create storms of controversy in the real world. Earlier this year, the so-called “Orbeez challenge”, which involved people shooting small plastic pellets at unsuspecting people with BB guns, prompted multiple police departments across the country to address the dangers of the viral act. Although the pellets are believed to be harmless, numerous incidents have been reported in which armed police and citizens have mistaken the fired shells for live bullets.

The trick to put the Champions League song as an alarm