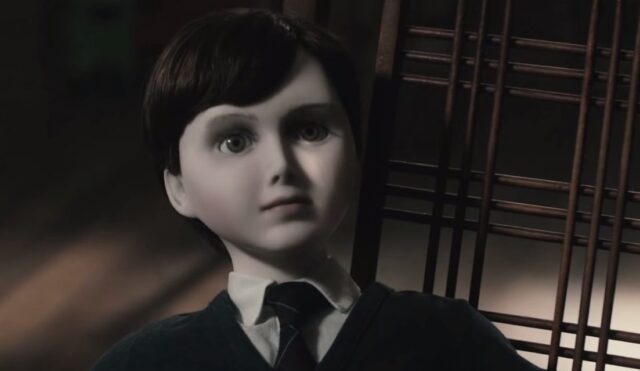 If you think about it, the best horror movies usually have something in common: great plot twists. These twists are responsible for bringing unpredictability to the narrative and ensuring that viewers fall off their couches when they see that everything they thought was true, well, it wasn’t. And this is, incidentally, one of the elements that make films of the genre so celebrated in cinema.

With that in mind, we decided to go after the 9 craziest horror movie twists. And one thing is guaranteed: they will mess with your head; check it out (in no particular order)!

In the plot of the 2016 film, we see an American nanny (Lauren Cohan) who is hired to take care of a child from a British family. There is only one detail: that child is a doll. Yes, a toy.

As the film goes on, we are led to believe that there is something supernatural in the doll, which seems to come to life. However, the final twist of Boneco do Mal shows us that there is a man living in the walls of the house and who controls the doll. The breakdown of expectations creates a very interesting plot twist!

8 – The Secret of the Cabin

Released in 2012, The Cabin’s Secret brought none other than Chris Hemsworth to the cast. However, the film’s plot is so crazy that the actor’s participation is a mere detail.

In the narrative, which seems like a big cliché copied from Evil Dead, nothing is what it seems to be. The plot twist shows that, at the end of the day, the characters were being controlled by ordinary people, who were planning a big ritual.

The reveal of the secret is shocking when we think of where the film began and where it ended.

The Others, from 2001, brings the plot of a woman named Grace (Nicole Kidman) who lives in a huge Victorian house with her children. As the film progresses, we see that the place may be haunted, as strange things and people start popping up everywhere.

The final twist, however, shows us what we didn’t even suspect: Grace and her children are the ghosts of the house. And the film’s dark atmosphere only makes it all the more memorable.

Of course, this classic film released in 1999 could not be missing from this list of great plot twists. The Sixth Sense, directed by M. Night Shyamalan and starring Bruce Willis, has one of the most remembered plot twists in film history and, to this day, shocks moviegoers.

In the sequel, we learn that Malcolm (Willis) has actually been dead from the start. Vincent (Donnie Wahlberg), who was his patient, killed him and Cole (Haley Joel Osment) is just seeing a ghost. Boom!

Another plot twist that was talked about is that of the first film in the franchise. Deadly Games🇧🇷 Its simplicity expresses a stupendous genius and surprises anyone who has had the chance to watch the film.

In the final scene, it is revealed that the dead man on the bathroom floor, who had been there from the beginning, was Jigsaw himself, the assassin responsible for the deadly puzzles. In the end, they simply get up and walk away, leaving the prisoners behind.

Released in 2015, the film The invitation is built on a simple idea: a man named Will (Logan Marshall-Green) is invited to dinner at the home of his ex-wife, who “disappeared” for two years after the death of their son, and returns with a new husband and a new mindset.

Until then, so good. However, Will soon realizes that the dinner, which also has other guests, is not quite what it seems. When red lights start to be lit in several houses, we realize that the innocent dinner is actually the act of a cult that sacrifices people.

The Scream franchise is one of the best known and loved in cinema. In it, we meet the feared serial killer Ghostface, who terrorizes young people in the city of Woodsboro from time to time.

In Scream 2, a huge surprise: Mrs. Loomis was the current killer. The great plot twist is just one of several that the franchise’s horror films feature. But this is certainly one of the most remembered by fans.

With no haunts or demons, Gratuitous Violence is, well… the title sums it up perfectly. In the narrative, two young sadists kidnap a family and start playing psychological and bloody games with them.

In one part of the film, one of the criminals literally stops the plot and “rewinds” the whole story to change what happened, as if he had full power over what is happening and what we are witnessing. A scene that is talked about even today!

Another young classic that has a beautiful (and frightening) plot twist is the 2009 film A Órfã. In it, we see a family that adopts a young 9-year-old girl named Esther. However, all the innocence of the “child” falls to the ground and is completely annihilated when the truth comes out.

In a breathtaking twist, we discover that Esther is not a child, but a dangerous adult woman. Terrifying!