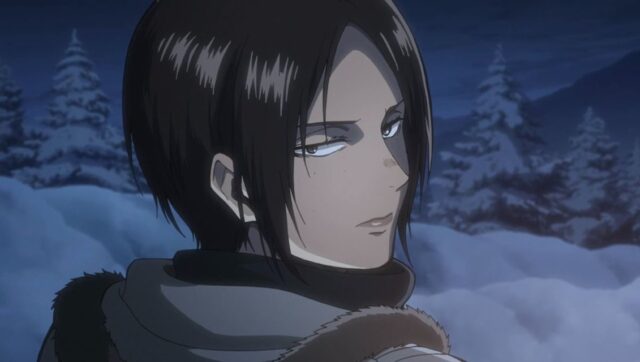 Although it is not a subject so talked about in entertainment, there are many amazing LGBTQIA+ characters in anime🇧🇷 And, fortunately, this metric has been growing more and more, as new releases arrive and classic anime are remodeled to bring even more diversity to the screens.

However, would you know which characters from your favorite anime are LGBTQIA+? Thinking about having a hand in this task, we chose 8 well-known characters from Japanese animation that are LGBTQIA+, but that you, perhaps, did not know; check it out below!

Admittedly LGBTQIA+, the character Sailor Uranus is part of the film Pretty Guardian Sailor Moon Eternal – The Movie, which is divided into two parts and is based on an arc of the manga Sailor Moon, by Naoko Takeuchi.

The character even has a relationship with Sailor Neptune and, during the manga, there is a mention that she would not identify as a woman or as a man. That is, the heroine would belong to the neutral gender. 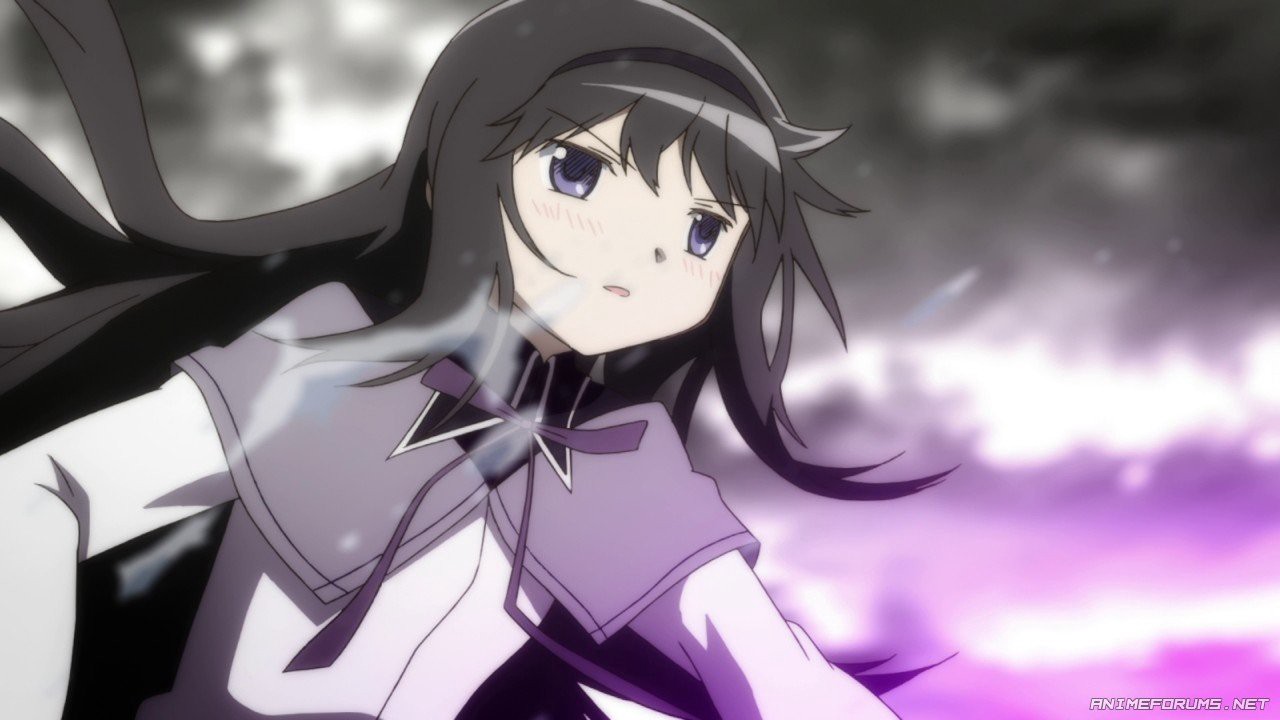 Homura Akemi is in love with the protagonist of Puella Magi Madoka Magica.Source: Aniplex

In Puella Magi Madoka Magica follows the story of Madoka Kaname, who has a magical encounter and, after the fact, starts fighting witches. However, we want to talk about another character from the anime: Homura Akemi.

The girl is in love with Madoka and confesses her love during the anime. In fact, one of Homura’s greatest desires is simply to be with Madoka, which greatly influences her decisions and arcs during animation. 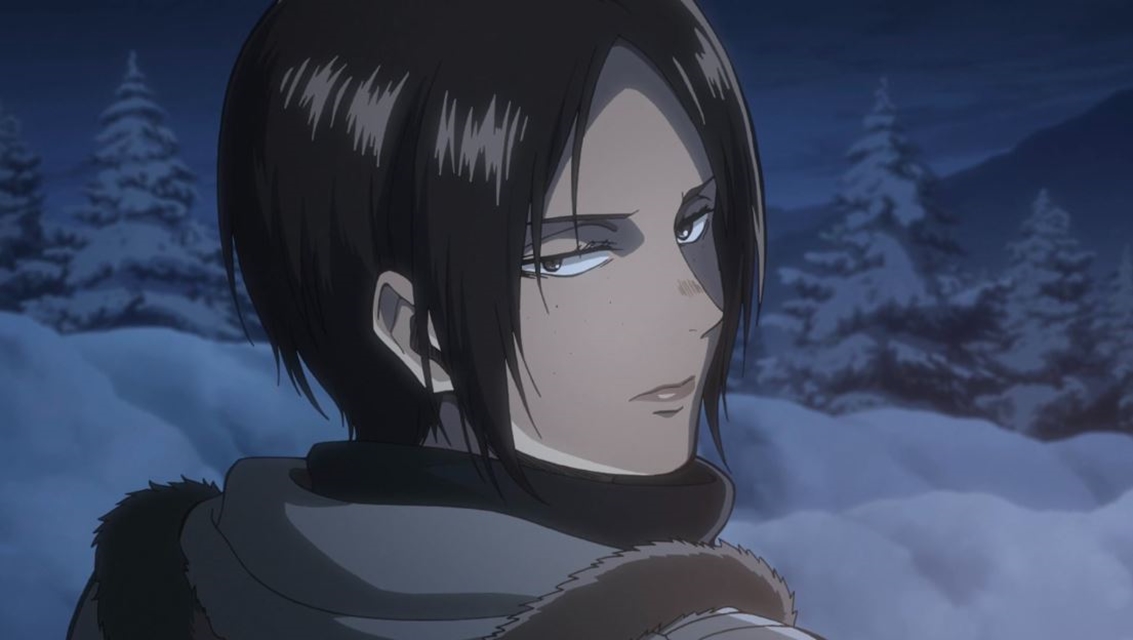 Ymir harbors a love for Historia in Attack on TitanSource: MAPPA

Another LGBTQIA+ character well known to anime fans is Ymir, from the hit Attack on Titan. Despite being extremely reserved, the figure starts to develop feelings for Historia, whom she swore to protect at any cost.

In her participation in the anime, therefore, Ymir, who is the former wielder of the titan Mandible, makes sure that Historia succeeds in everything and is well, even if she does not manage to stay with the young woman.

In the end, Ymir is devoured by Porko Galliard, Marcel’s brother, and says goodbye to the narrative. 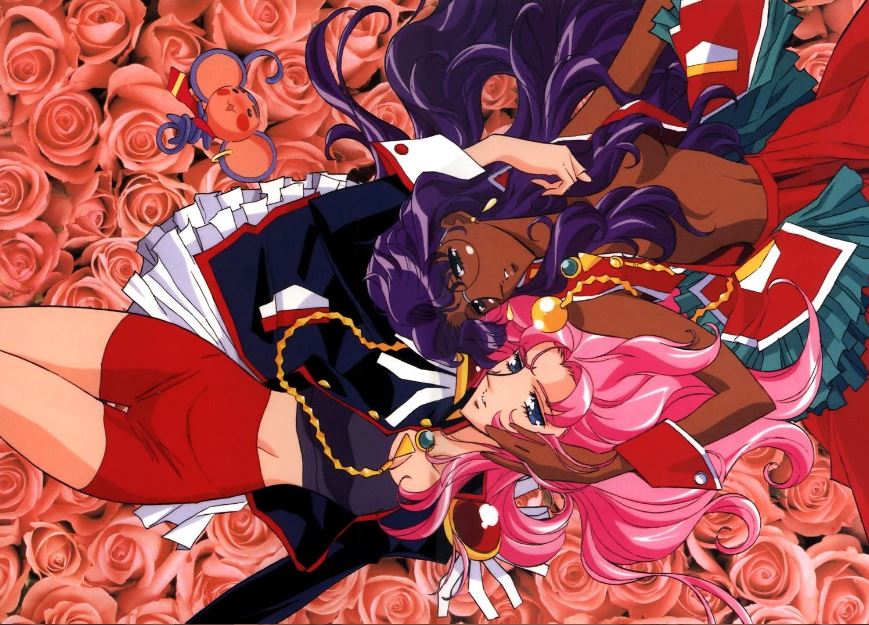 Utena, a character from the anime Revolutionary Girl Utena, is also an openly gay character. In the plot, she takes on the role of protector of Anthy, a woman she ends up falling in love with and cultivates a loving relationship.

At first, the original series does not make clear the involvement between the two, which generated a lot of speculation. However, in the Revolutionary Girl Utena film, the romance is officially revealed, leaving fans much more satisfied and happy.

Directly from the anime Ouran High School Host Club, the character Ryoji Fujioka is one of the most interesting characters in the narrative when he becomes crossdresser (person who, even identifying with the opposite gender, does not feel the need to change sex and just dresses as they identify).

In the anime, Ryoji initiates the crossdressing after his wife’s death, when he claims he has no interest in hooking up with women anymore. The character is a great example of expression and freedom in anime!

If you are familiar with the universe of anime, even in a shallow way, you must have heard of Sakura Card Captors, a production that became popular in Brazil when it was broadcast on the Cartoon Network channel and also on the extinct TV Globinho, from Rede Globo.

In the story, we meet the character Yukito, who maintains a colorful friendship with Touya, Sakura’s brother. The two don’t mince words as they constantly declare affection for each other.

Yuzu is openly lesbian and brings great representation to the LGBTQIA+ community. Part of the Citrus anime, the character has always had a very outgoing profile, knows how to impose herself and is not shy about showing that she still has a lot to learn in life.

Including, Yuzu found out he was gay during the animation and handled the whole situation in a very mature way, being a kind of example of some issues that the LGBTQIA+ community goes through.

Despite being a bit tragic, the character Kaworu Nagisa, from Neon Genesis Evangelion, does not hide his feelings for Shinji. In a very clear way, Kaworu tells Shinji several times what he feels, which even seems to correspond.

Although the relationship is just in the field of ideas, it’s great to see LGBTQIA+ characters in one of the greatest anime of all time.