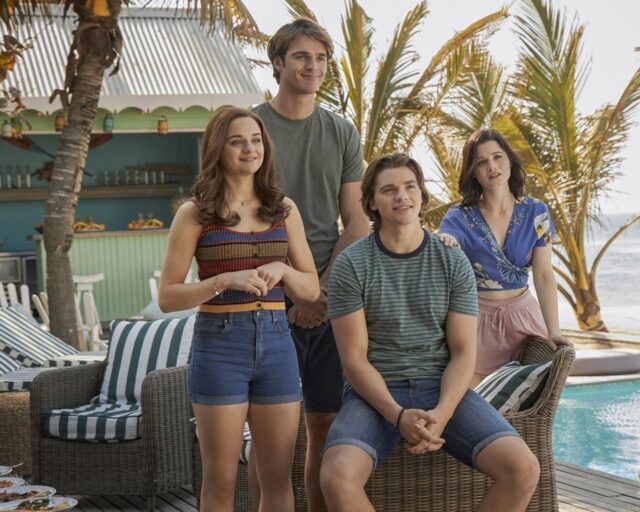 Looking for light and fun movies to watch? Well, maybe romantic comedies are just what you need. Known for mixing comedy, drama and, of course, romance, these productions are among the favorites of many cinephiles, who love to hunt for new works of the genre to watch on streaming and in cinema.

However, many romantic comedy hits, despite being highly rated by fans and critics alike, contain a few problems, so to speak. This according to some Reddit users, who nominated 7 romantic comedies that, despite being famous, are problematic. Does it make sense? Check out!

The 1999 film Never Been Kissed follows the story of Josie (Drew Barrymore), an editor assigned by the newspaper she works for to cover a story at a school. Detail: she has to go disguised as a student.

Throughout the film, Josie starts to be courted by one of the local teachers, which left the user @HappyLadyHappy confused and tense. He said: “I know technically she was of legal age, but the teacher didn’t know that, so what the hell was he doing with her?” Indeed, a problematic point in the narrative that may have gone unnoticed by many.

By the title of the film, you can already have an idea of ​​why the work is a little problematic. In the plot, a woman begins having an affair with her best friend’s fiancé, just as the couple starts planning their wedding. The justification for the act would be: the girl would be in love with the boy long before her friend decided to marry him.

Well, as expected, such justification, as well as the story itself, did not please some people. One redditor said: “Ginnifer Goodwin played the pathetic female figure of ‘I don’t know why or how these things happen to me'”. Yeah, looks like the role of “best friend left out” didn’t quite cut it this time.

Starring Katherine Heigle and Gerard Butler, the film The Ugly Truth (The Ugly Truth) brings a news producer who needs to work with a bitter presenter, who loves to kick any demonstrations or hopes of love to the sidelines.

Despite providing good laughs and a passable ending, the film is not without controversy, as noted by user @not_doing_that, who said, “The film has such shallow views of men and women and just reinforces a lot of stupid stereotypes.” In the end, the film is one of those that, for many, has not aged so well.

The film A Barraca do Beijo (The Kissing Booth), from Netflix, has become one of the darlings of streaming subscribers by bringing a simple narrative, which focuses on two students who intend to organize a kissing booth to raise funds for a school event.

However, the aforementioned simplicity is precisely one of the reasons that made some fans unhappy, as it is reflected in a predictable story full of stereotypes, as redditor @mgm2508 points out: “the film was made and released so recently, but, still thus, it managed to be more retrograde and full of stereotypes than other romantic comedies”.

The 2010 film The Switch has a comic premise: when Kasseie (Jennifer Anniston), Wally’s (Jason Bateman) best friend, decides to have a baby through a sperm donor, the man ends up playing the liquid out by accident and replaces it with his own without her knowing.

Although it seems like a fun and unusual plot, if we think about it, it is quite problematic, as stated by @trixareforkiddos: “The premise is so wrong and he violated it by doing this…”. Really, a completely wrong and invasive situation from start to finish, as Wally absurdly deceives Kassie in a very serious matter.

Launched in 2009, Noivas em Guerra (Bride Wars) has the following plot: two best friends decide to get married at the same time and start planning the occasion. However, they end up renting the same venue for the celebration and there is only room for one wedding on the chosen date.

Of the feature, @shoup88 said: “War Brides is so bad. It’s over-the-top pettiness.” When we analyze it, the film turns out to be more sad than comic, as it puts two best friends in an unnecessary conflict, reinforcing the stereotype that female friendships are “fragile” and full of “dramas”.

1 – The Bright Side of Life

Finally, we have the movie Silver Linings Playbook, from 2012, with stars Bradley Cooper and Jennifer Lawrence, who make a curious duo. During the plot, we see the two develop a friendship as Lawrence’s character helps Cooper’s character win back his wife, shortly after he leaves a psychiatric clinic. However, she only helps him based on a great favor.

“The relationship between the two main characters creates space for emotional abuse due to lack of boundaries, alongside other toxic behavior,” said one @redditor. Despite the film being acclaimed by many, some patterns of behavior can trigger some red flags, which makes the film a little problematic in the end.