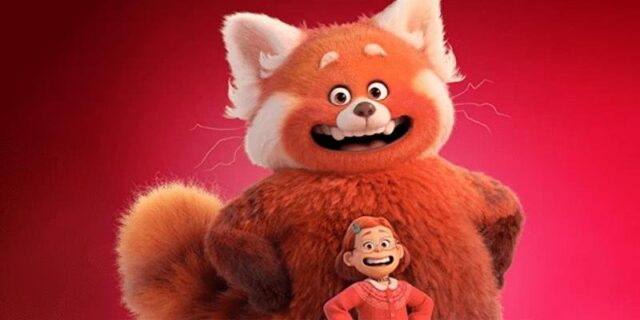 The year 2022 has given us several projects in the cinematographic world, including some cartoons. And, luckily for us, the list is even generous in terms of good titles for those who enjoy the genre.

Therefore, we list below some of the best animations released this year🇧🇷 Is your favorite on the list? Check out!

After the success of the first film focused on Gru’s bumbling helpers and his encounter with this team, Minions 2: The Rise of Gruas its name suggests, came with the mission to show how the villain emerged and developed.

Lucky for us, the animation maintained the quality of the franchise, bringing good jokes, turning points and, of course, a “little gap” for this series to grow and develop even more.

Perhaps one of the biggest surprises of the year. the bad guys reached the cinema without making a big fuss and ended up winning the attention of everyone who followed its story, becoming one of the best animations of this year.

The plot here tells about a group consisting of Mr. Wolf, Mr. Shark, Miss. Tarantula, Mr. Pirate and Mr. Cobra, who have always been seen as high-quality and dangerous thieves.

However, this scenario changes when they decide they can be better people and leave the life of crimegenerating a fun plot, easy to follow and with twists.

Behold, Pixar returns and surprises us once again with a beautiful animation. In Red: Growing up is a Beastwe have the chance to follow the story of Meilin Lee, a teenager who sees her life change overnight when she discovers that she can transform into a giant red panda.

After discovering that it is possible to control these transformations, the protagonist uses these powers to earn money and ends up getting involved in a plot with family dramas, discoveries and acceptance.

Like other Pixar projects, it can certainly be considered one of the best animations of the year for being able to entertain and make us think at the same time.

4 – Chip and Teco: Defenders of the Law

One more that took several people by surprise and brought a very pleasant result, especially for bringing back to life a couple of characters who were already a little forgotten.

In addition to a pleasant plot and with references to the universe of defenders of the law and Disney, the animation also brought a pleasant surprise due to the special participation of the first version of Sonic that ALMOST was the protagonist of the film – and even with a small highlight for him.

Another Disney project released this year focused on one of the protagonists of Toy Story – however, not in the toy, but in the character that gave rise to it.

This idea may even sound a little confusing to some, but the proposal here is to show the space explorer that gave rise to one of Andy’s favorite toys in Toy Story🇧🇷

In this way, Disney presents us with a prequel showing the character’s growth and resulting in one of the best animations of 2022.

Forget Superman, Batman and company. It’s true that they even show up in DC League of Superpetsbut as the name makes clear the proposal here is to highlight the mascots of these heroes.

The plot is focused on Superdog, but other pets also appear to complement the team and deal with the various situations that appear throughout the plot – and we don’t need to say that this is one of the best animations of 2022, right?

Heart of Fire it is perhaps the least known design on this list. It wasn’t developed by a big studio like Pixar or Illummination, but it managed to please those who followed its plot and guarantee a place among the best animations of the year.

In this film, the protagonist Georgia Nolan is a teenager who dreams of becoming a firefighter, but there is a problem with this desire: this environment is dominated by men.

On account of this, she disguises herself as the opposite sex to try out for her father’s (a famous firefighter) team. and overcome all prejudices to become the first woman to win this post.

And do you agree with our list of the best animations of 2022? Share your message with other readers using our social networks.