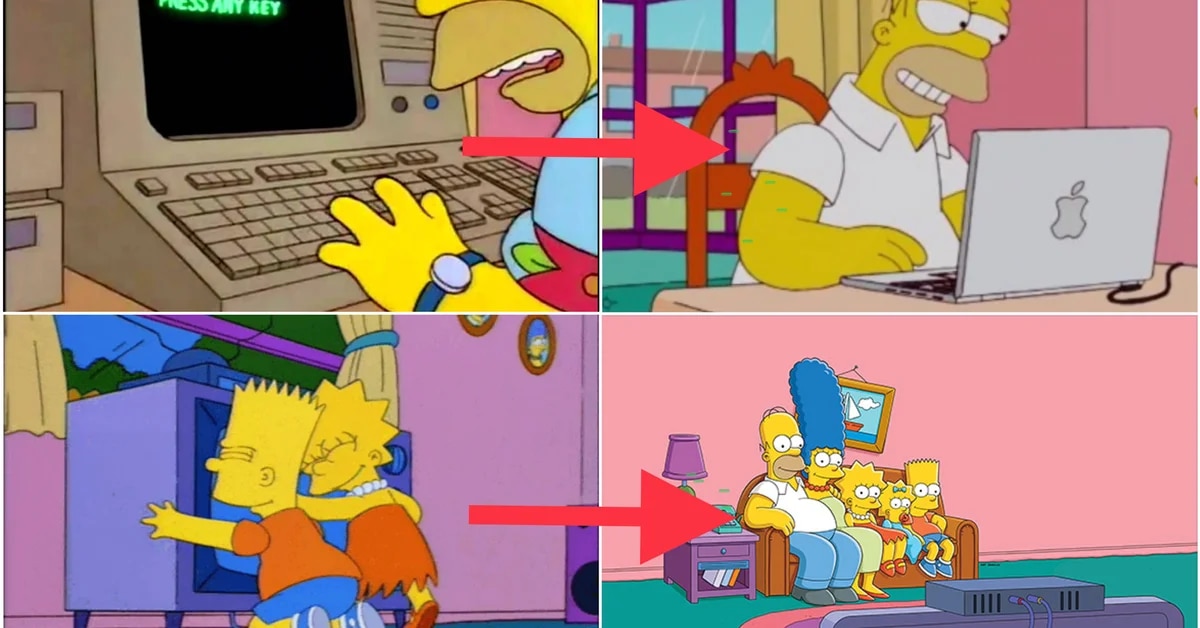 Device that The Simpsons changed over time. (photo: Composition/Jose Arana)

Although the main family of The Simpson does not age after more than 33 years on television, the technology Yes, it has evolved in accordance with the reality that people currently live. In this way, the computersthe televisions blueprints and even the appearance of cell phones of the latest generation have been undergoing modifications and gaining ground season after season.

Below are some of the devices what changed throughout the episodes of The Simpsons, where technology evolved and probably today many people use:

1. From the first computers to the 21st century laptop

One of the most striking chapters corresponds to the episode of the seventh season entitled ‘King-Size Homer’, at which point Homer wanted to gain weight on purpose to avoid participating in the exercise program at the Nuclear Power Plant and to be able to work from home. The device used for this purpose was a rugged computer of those with a black screen and green letters. 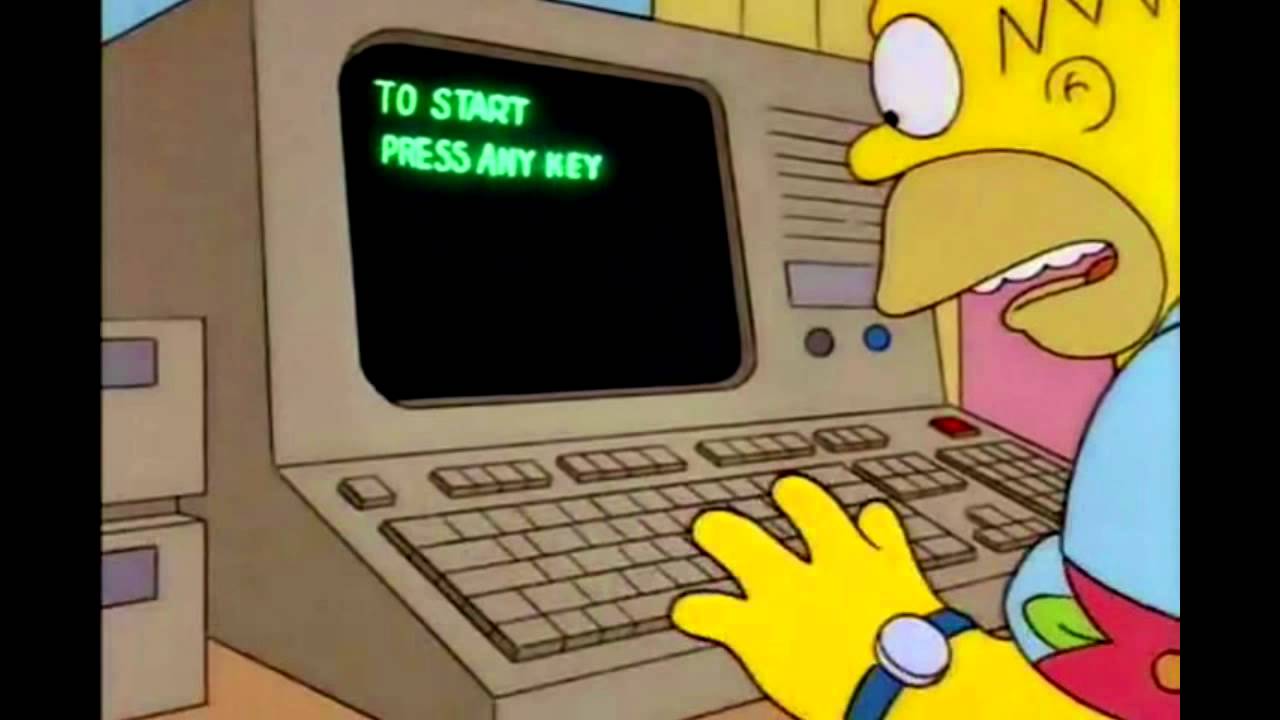 Some time later, in “The Computer That Killed Homer”, the sixth episode of the twelfth season, lovers of the series witnessed how Homer bought a personal computer much more modern, which he learned to use thanks to Lisa and with which he came to create his own web page in which he published secret news under the name of “Mr. X”. 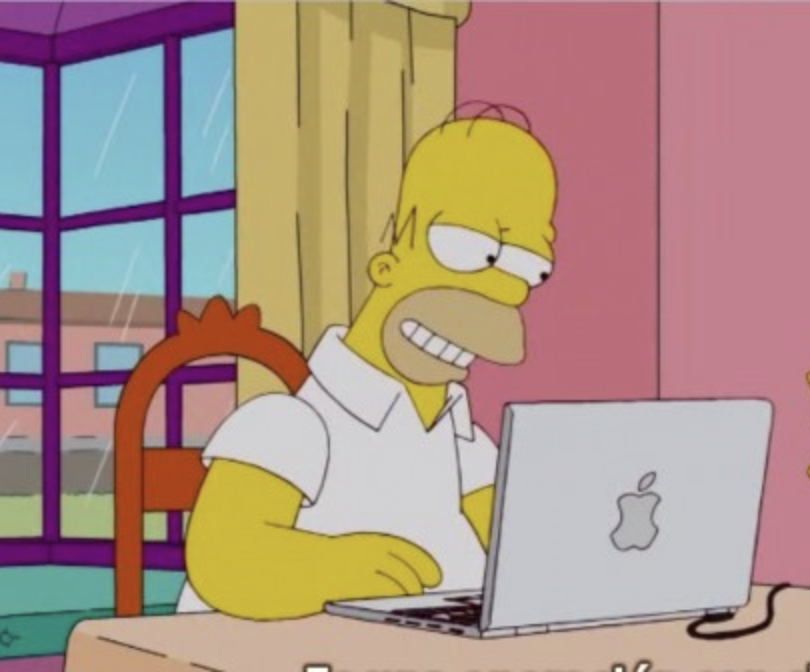 2. From huge TVs to flat TVs

If the person reading this article is already of a certain age, they probably remember those large televisions and a glass screen that in many cases did not even have a remote control, but which always managed to keep the whole family in front of them enjoying programs, documentaries, movies or television series. Well, The Simpsons also spent hours in front of a television with similar characteristics.

However, just like many of the people have been forced to modernize and acquire flat screen televisions and with much better definition, the Simpson family also had to buy a new television. In this way, in the most recent episodes it has already been seen that they enjoy the best quality to continue enjoying their favorite channels. 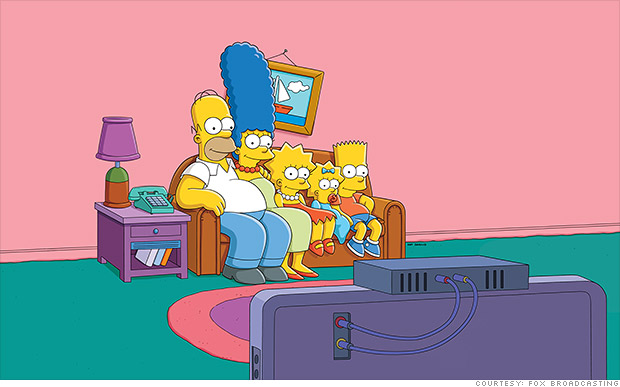 Like most children, Bart always been a big fan of video game. At the beginning of the series he could be seen enjoying playing with the typical game console old whose control consisted of a lever with which to direct the movements and a button or two.

Over time, Bart has been changing his game console and now he spends his free hours making use of the equivalent of the Nintendo wave Xbox.

We had this evolution of video games very much in mind in the episode ‘Million Dollar Maybe’ of the twenty-first season, where Lisa buys a Fundendo Ziian equivalent to the Nintendo Wiito the old people of the nursing home so that they can entertain themselves with the game Zii Sport at the same time that they exercise and recover lost vitality.

4. From landlines to cell phones

It is well known that all people who began to communicate using a device was a landline. The Simpsons were no stranger to this and in the first seasons telephones that had wires could be seen in all houses, and even in work offices. 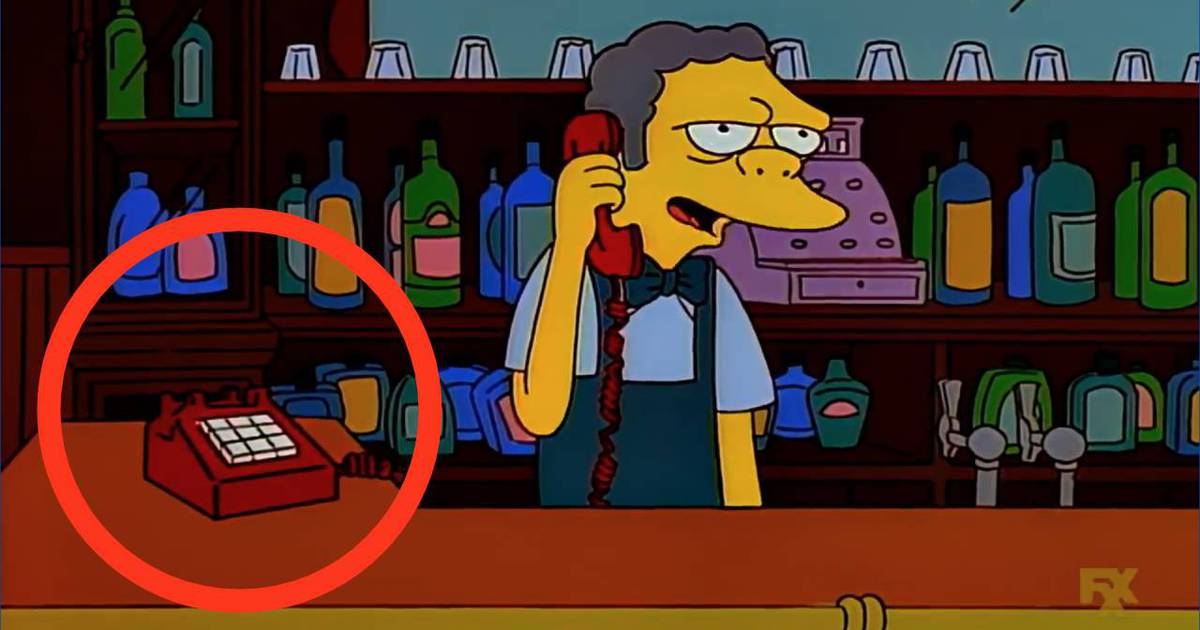 If you go a little further, until season 21, Bart you already have your own self smartphone like his classmates. So much is the addiction suffered by the boys that Miss Krabappel confiscates all her cell phones tired of none of her students paying attention to her.

This attitude is a reflection of today’s society that pays much more attention to the screen of its smartphone than to what really matters.

This episode also reflects another reality: the potential of new information and communication technologies in the educational field.

If young people spend hours and hours glued to a screen, why not use these tools to learn? As the chapter demonstrates, the technologies can be a great ally to motivate students.