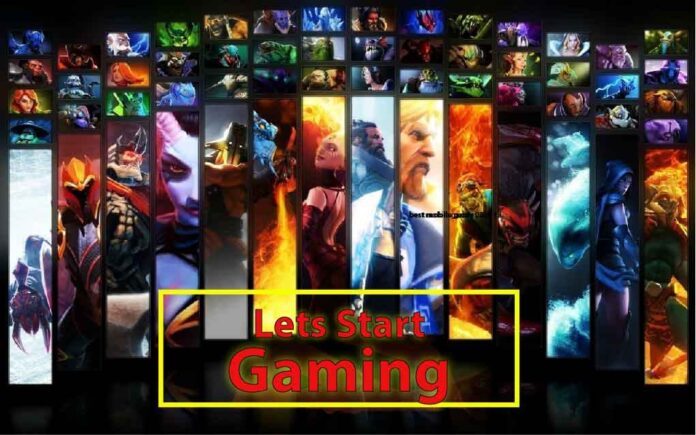 The development speed of mobile games is much faster than that of any previous technology. Android games are to hitting new heights every year. We see that more and more advanced versions of games are challenging the functions of mobile phones, and even the ability to play free games is increasing. To be honest, even now the mobile version has some pretty good titles. Without hesitation, here are the best Android games currently available! These are the best mobile games 2021, so unless something standout comes up, the list won’t change often.

Usually, we wait a bit before adding games. But Call of Duty: Mobile is on of the most popular and best mobile games with such high ratings that we add it faster than usual. The game also has a normal FPS online PvP mode and a battle royale of 100 players. This makes it a rare category where 100 gamers fight like PUBG Mobile and regular FPS PvP like Critical Options or Modern Combat. There are many things to do. It is a free game, with in-game purchases ps cosmetics.

The entire concept of this Battle Royale game mode was largely inspired by the Japanese movie “Battle Royale”, in which a group of students was transferred to an island by air and forced to fight till death by their government. Almost all the best mobile games are using this concept.

PlayerUnknown’s Battleground sends up to 100 players to a small island via airborne broadcast. All individual players decide when to land on the island for the battle. They must loot buildings immediately to collect weapons and equipment for their use. At the start of the game, the map is usually large, but the playable area gradually decreases over time.

Outside the playing area, they will slowly deal damage to the player until they die or successfully enter the playing area, and then they will lose all of their health. Up to 4 players can play single, double, or team mode. To win the game, you should be the last man standing.

Genshin Impact is a gacha mechanics RPG game. It was widely praised when it was released with stunning visuals and excellent gameplay. The game’s appearance and demeanor are a bit like The Legend of Zelda, but no one seems to care. The game has a group system, New characters can be summoned through the gacha system similar to other gacha. However, the visuals, game mechanics, and a completely open world (including gliders) make the game restrictions much looser than most types of games. Unless the developer botches this, it should stay in good shape for a long time.

Need For Speed: Most Wanted

Anyone hoping to get free roaming races from the console version of the console will be surprised, but Need for Speed: Most Wanted is still one of the best games of its kind on Android. Yes, the racing track is odd and linear, but the actual performance of the car is excellent.

You start the race through the dirty streets of the drab gray city, trying to win events that can improve your personality and your reputation in the game. Victory increases your treasure and allows you to buy new cars to participate in special events.

“Pokemon GO” caused a sensation in the mobile gaming world in July 2016 and immediately became the best Android game of all time. Like Ingress, This is a reality game. You can catch Pokémon while walking in real world, complete small tasks, fight around the stadium, and press Pokestop to resupply. As the most popular mobile game in the world, it nearly broke every record in the book. Fortunately, the game is frequently updated with new features. AR camera mode, the new Pokémon are the cool features recently added in an update.

GRID Autosport launched in 2019 and became one of the best racing games on Android in no time. The Riptide GP franchise and asphalt are pretty good too, but GRID Autosport has pretty much all the checkmarks. Grid Autosport is a premium game with no in-game purchases or ads. The game also has great graphics, great controls, hardware controller support, a wealth of playable content, a large number of unlockable cars, and various racing styles. The game is expensive and lacks the little things racing enthusiasts love, but it’s also one of the best racing experiences on the Play Store. Our only real complaint is the lack of updates.

GRIS is one of the best mobile games 2021. This game is full of adventures and puzzle platform elements. Just take a look, this game looks good just by its appearance. The game tells the story of Gris, a girl lost in her own world who is dealing with painful experiences in life. It has nothing to do with the death of the player. You just need to explore the world and solve some puzzles to enjoy. The game is almost wordless but opts to tell the story through visuals. This is an artistic game, but it is one of the best games of its kind.

“The Legend of Runeterra” is one of the newer Android games on this list. This is an online fighter whose range of action is similar to that of Hearthstone. Players build decks by collecting the cards and heroes. So you can fight your opponents online. The game removes as much randomness as possible, which leads to an overall good gaming experience. Thats why this game has a place in best mobile games 2021. The game consists of 24 champions, tons of cards, and you can also invite friends to duel with you. It’s been a long time since Farthstone has been on this list, but now is the time to win a new championship in this field.

Battlefield 6 release date, trailer, and news you need to know

“Minecraft” is in the list of best mobile games 2021 because it is a game that people of all ages love all over the world. For those who have never played before, Minecraft takes you into a huge world where you can dig, build, defeat baddies, and do just about anything you want. In survival mode, you must tap into your own resources and food, while creative mode can provide you with everything unlimited. Frequent updates have added a lot of new content in the game. There are in-app purchases, but only for custom products, such as skin packs.

With the release of Monument Valley 2, the game come to this list. These two games are still very good. In fact, they all have almost the same gameplay graphics and mechanics. Players venture through Escher-style puzzles, in which a spirit level can be moved to complete the path using illusions. The premise remains fascinating, and the Monument Valley franchise remains one of the best mobile games ever. The price of the former is $ 3.99, while the in-app purchase price of Forgotten Shores DLC is $ 1.99. The second set is now priced at $ 4.99. If you subscribe to these two games, you can use them as part of your Google Play Pass.